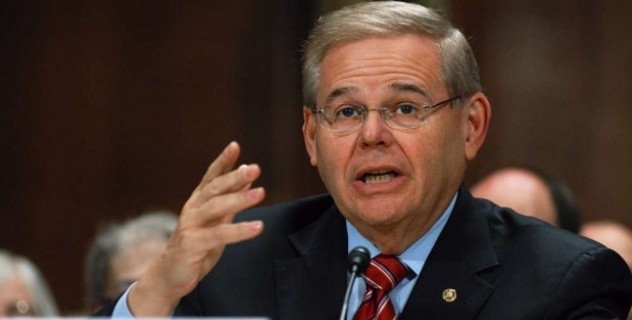 Senator Robert Menendez, the Democratic Senator from New Jersey and the Chairman of the U.S. Senate Foreign Relations Committee/File photo

Senator Robert Menendez, the Democratic Senator from New Jersey and the Chairman of the U.S. Senate Foreign Relations Committee made a statement on the situation in Tibet in the U.S. Senate on March 18, 2013. His statement was placed in the Congressional Record.

Below is the full text of the statement:

Mr. MENENDEZ. Mr. President, I rise to express my concerns about the continuing unrest in Tibet and the tragic trend of Tibetan self-immolations. Since February 2009, more than 100 Tibetans have set themselves on fire. Many of the self-immolators have called out for the return of the Dalai Lama to Tibet and for China to acknowledge the basic human dignity of the Tibetan people.

Like so many others, I wish that Tibetans would not choose self-immolations, a horrific act, as a method of protest. I hope Tibetans will find other ways to express their grievances and despair and halt these self-destructive acts. At the same time, we must understand that these sorts of acts are indicative of the deep sense of frustration felt by the Tibetan people. This is not a conspiracy of “foreign forces” but indicative of the deep sense of hopelessness of a people denied their basic dignity.

Under the Chinese Constitution, “All ethnic groups in the People’s Republic of China are equal. The state protects the lawful rights and interests of the minority nationalities and upholds and develops the relationship of equality, unity and mutual assistance among all of China’s nationalities. Discrimination against and oppression of any nationality are prohibited. …..”

Yet Tibet today is one of the most repressed and closed societies in the world, where merely talking on the phone can land you in jail. Support for the Dalai Lama can be prosecuted as an offense against the State. Tibetans are treated as second class citizens; their travel within and outside of Tibetan areas is highly restricted. Foreign diplomats and journalists are routinely denied access.

The American people and Congress have demonstrated an abiding interest in the culture, religion, and people of Tibet, as well as a deep respect for His Holiness the Dalai Lama. We see Tibet as an issue of fundamental justice and fairness, where the fundamental human rights of the Tibetan people, as embodied in the PRC’s own constitution, are not being respected; where their culture is being eroded; and where their land is being exploited.

So I believe that responsibility falls to us to help the Tibetan people in their efforts to preserve their culture and identity and have a say in their own affairs and to be able to exercise genuine autonomy within the PRC.

Let me offer some thoughts on how Congress can help.

First, we should continue to fund the important programs that help Tibetan communities, both in exile and on the Tibetan plateau. While these provide tangible humanitarian results, they also send a critical signal to the aggrieved Tibetan population that the United States hears their plea.

One measure with which I am familiar is the Tibetan language broadcasts of Radio Free Asia and the Voice of America. I cannot overstate the importance of these efforts to provide perhaps the only independent source of news to Tibetans who struggle under the heavy censorship regime.

Second, we should embrace the statement last fall by U.N. Human Rights Commissioner Navi Pillay on Tibet. She stated that “social stability in Tibet will never be achieved through heavy security measures and suppression of human rights.” She called on Chinese authorities to adopt the recommendations of various U.N. bodies and to allow access to Tibet by independent international observers and media members, noting 12 outstanding requests for official visits to China by U.N. Special Rapporteurs on various human rights issues.

Third, the State Department should continue to insist on access to Tibet by its personnel. We need independent and credible reporting on the true situation on the ground, and the Department should work with China to take steps to see that the principle of reciprocity is respected.

Fourth, I encourage the State Department and other government agencies to join in dialogue with China and with others in the region to address the deeper strategic aspects of the Tibet issue. Instability in Tibet is a factor in the broader question of social stability in the entire PRC. Peaceful resolution of the Tibet issue could go a long way in demonstrating to the world that China is indeed a responsible and constructive member of the community of nations. In turn, Beijing’s growing influence in the Himalayan belt, especially Nepal, should be assessed in a broader dialogue with other nations in the region.

Likewise, the United States should look for constructive ways to engage China on the issue of water security, given that Tibet’s rivers provide the livelihood for hundreds of millions of people downstream in South and Southeast Asia. Chinese diversion of these rivers through constructing dams could become a source of conflict in the region.

Mr. President, I close by paraphrasing an oft-uttered phrase by the Dalai Lama. He says that those who raise their voices of concern for Tibet do so not because they are pro-Tibet or anti-Chinese. They do so because they are pro-justice. I second this remark and look forward to working with my colleagues in the Senate, and with China, to promote a durable resolution to the Tibet problem.