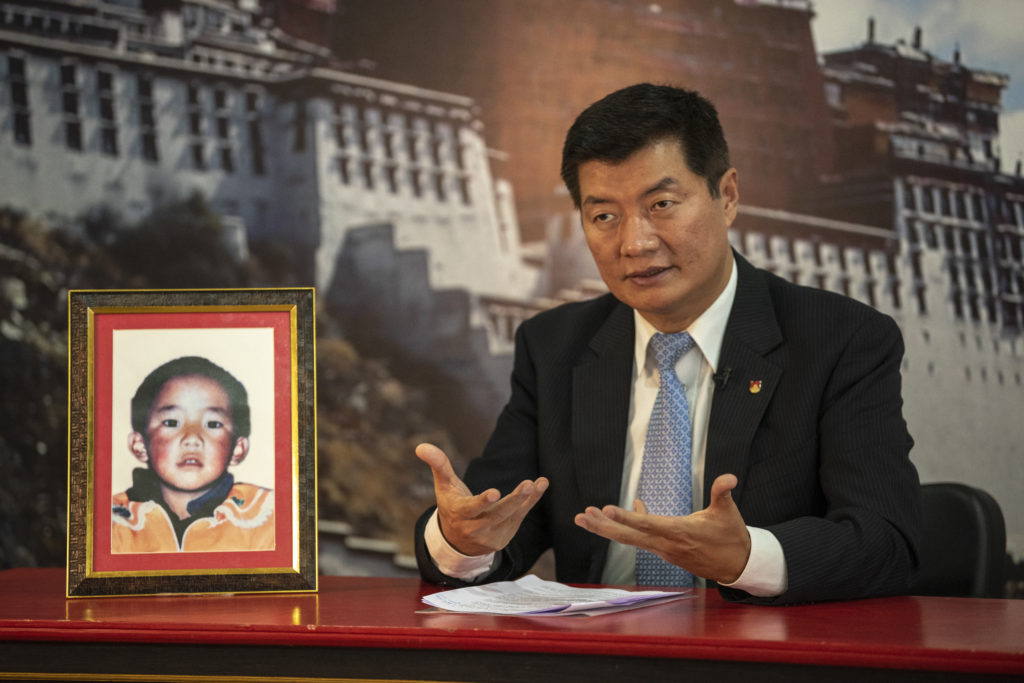 Dharamshala: Earlier on Tuesday, China claimed that Tibet’s 11th Panchen Lama who was forcibly disappeared 25 years ago along with his family is now “a college graduate” with “a stable job”.

Once again, there was no reliable information about the whereabouts and the well being of one of Tibet’s most influential spiritual leaders who was taken in captive by the Chinese government when he was just 6 years old shortly after being recognised as the 11th Panchen Lama.

Even after a quarter of a century since his abduction, China has still not disclosed a single piece of credible evidence or information on the wellbeing or whereabouts of the Panchen Lama.

According to AP reports, China’s Foreign Spokesperson Zhao Lijian alleged that Gedhun Choekyi Nyima received “free compulsory education when he was a child, graduated college and now living a normal life with a stable job”. He also claimed that both the 31-year-old Gedhun Choekyi Nyima and his family wish to remain undisturbed in their “current normal lives.” No other details were given.

President Dr Lobsang Sangay, the democratically elected Tibetan leader rejected China’s claims, saying it was unacceptable that China held Tibet’s most revered leader in captive for 25 years without granting him any freedom or necessary Buddhist training, and instead is misleading the world with unproven claims that are far from enough to confirm the truth about the Panchen Lama’s wellbeing.

He said, “If the Panchen Lama is alive and leading a normal life as the Chinese Foreign spokesperson claims, then let us see him. The world wants to see him, his followers need to hear from him and the six million Tibetan Buddhists want to be blessed by him.”

He further added that “the Chinese government should stop hiding him and give him his freedom. It is unacceptable on every moral ground that a person even at the age of 31 should be denied freedom and the right to determine his own future.”

China’s prolonged disappearance of the Panchen Lama attracted unprecedented global condemnation when the government officials, parliamentarians and prominent civil society groups around the world marked the 25th anniversary of his disappearance.

US Secretary of State Mike Pompeo on Monday demanded that China must “immediately” reveal the Panchen Lama’s whereabouts.

“Tibetan Buddhists, like members of all faith communities, must be able to select, educate and venerate their religious leaders according to their traditions and without government interference,” Mike Pompeo said in the statement.

There is not a speck of doubt that the forced disappearance of the Panchen Lama is part of China’s efforts to legitimize its control over Tibet by attempting to co-opt the deep-rooted influence that Tibetan Buddhist leaders have over the hearts and minds of the Tibetans.

Had the 11th Panchen Lama whom His Holiness the Dalai Lama recognized as the authentic reincarnation of the 10th Panchen Lama received proper education and Buddhist training like other lamas, today he would have been one of the most influential figure in the Tibetan Buddhist world.

Here’s a timeline to show how the Chinese government has consistently misled the world with inaccurate claims over the whereabouts of the Panchen Lama:

In May 1996, China admitted that the Panchen Lama and his family were being held at a secret location and China’s ambassador to the UN claimed that, “(Gedhun) has been put under the protection of the government at the request of his parents.” But didn’t reveal where he was being held.

In February 1998, American clerics visiting Tibet were told that the Panchen Lama was in Beijing, but in March 1998, the vice governor of Tibetan Autonomous Region Yang Chuantang told Austrian delegates that he was actually living in Lhari – the place of his birth.

In April 1998, a third location was put forward when a British journalist was told that the Panchen Lama was studying, possibly in Gansu Province.

In May 2016, Free Tibet confronted the Chinese Ambassador to the UK during a talk and he was asked directly about Gedhun Choekyi Nyima. He responded only that he was safe and “is just [an] ordinary boy”.

Despite repeated requests from the United Nations, governments, independent rights groups, and the CTA to check on his wellbeing, the Chinese government still refuses to reveal the Panchen Lama’s whereabouts.