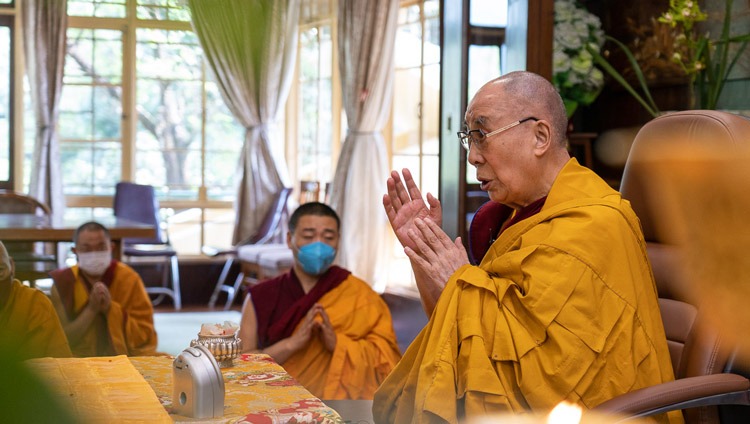 His Holiness the Dalai Lama leading a ceremony for cultivating the awakening mind at his residence in Dharamsala, HP, India on June 5, 2020. Photo/Ven Tenzin Jamphel/OHHDL

Dharamshala: On the occasion of the most sacred and celebrated Buddhist festival of Saka Dawa, Tibet’s supreme spiritual leader Holiness the Dalai Lama blessed Tibetans and millions of his devotees worldwide with the Ceremony for Generating Bodhichitta (Tib: Semkyed) via live webcast from his Residential Palace.

Falling on the fourth month of the Tibetan Calendar, Saka Dawa festival is marked to honour the birth, enlightenment, and parinirvana of Shakyamuni Buddha. The fifteenth or the full moon day is considered most sacred as it is associated with all three major events.

The Tibetan spiritual leader who turns 85 next month re-assured his followers that he would live to be around for more than 20 years and advised that the ceremony for generating bodhichitta be made into an annual event in the Tibetan monasteries.

“I expect to be here to take part for the next twenty years or so, I’d like to request those of you in the monasteries in South India to make this an annual event,” he said.

Stressing the importance of the particular ceremony, His Holiness pointed out that compassionate attitude born out of sound understanding of the Buddha’s teachings of emptiness is the answer to fulfilling one own’s interest as well as of others. And that the right attitude for taking care of oneself is in taking care of others.

“We do have self-interest, but we need to be wisely selfish. People may be attracted by money and power, but having an altruistic attitude is more effective,” said the peace icon.

“Developing compassion is the best way to follow the Buddha and repay his kindness to us. And along with compassion, it’s important to cultivate an understanding of emptiness.”

His Holiness also quoted the verse of homage in Nagarjuna’s ‘Fundamental Wisdom of the Middle Way and from Chandrakirti’s ‘Entering into the Middle Way’.

“We’ve conducted this ceremony for cultivating the awakening mind on the propitious occasion of Saka Dawa, the day we commemorate the Buddha’s enlightenment and mahaparinirvana, to encourage us in our practice,” His Holiness said as he concluded the teachings.

According to the Mahayana Buddhist tradition, Saka Dawa is considered an especially auspicious day for spiritual practice. The karmic accumulations of all positive and negative are believed to be multiplied exponentially.

For Tibetan Buddhists, the month inspires the highest expressions of devotion to one’s spiritual teacher and Buddhist practice. Buddhist adherents engage in rigorous study of Buddhist texts, contemplations and receive many teachings from revered lamas. 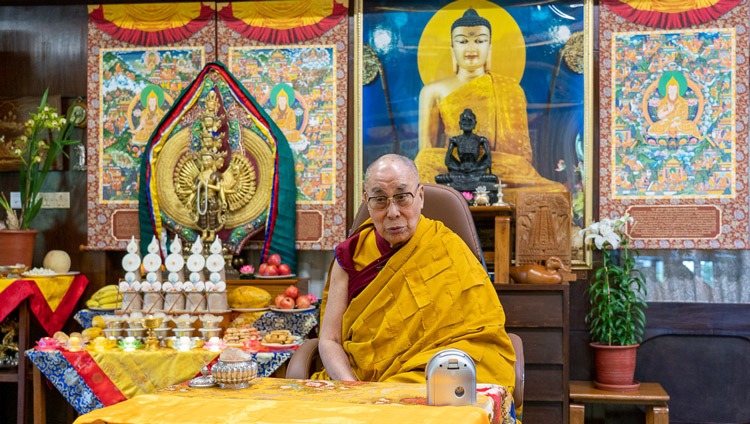 His Holiness the Dalai Lama explaining how to cultivate the awakening mind during his teaching at his residence in Dharamsala, HP, India on June 5, 2020. Photo/Ven Tenzin Jamphel/OHHDL 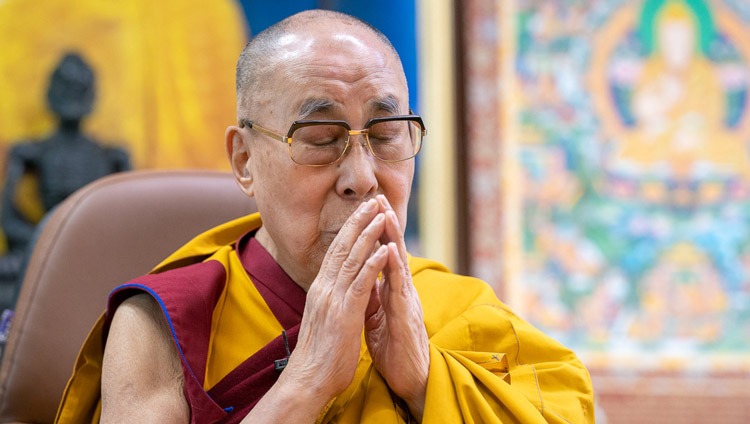 His Holiness the Dalai Lama concluding the session with auspicious prayers at his residence in Dharamsala, HP, India on June 5, 2020. Photo/Ven Tenzin Jamphel/OHHDL