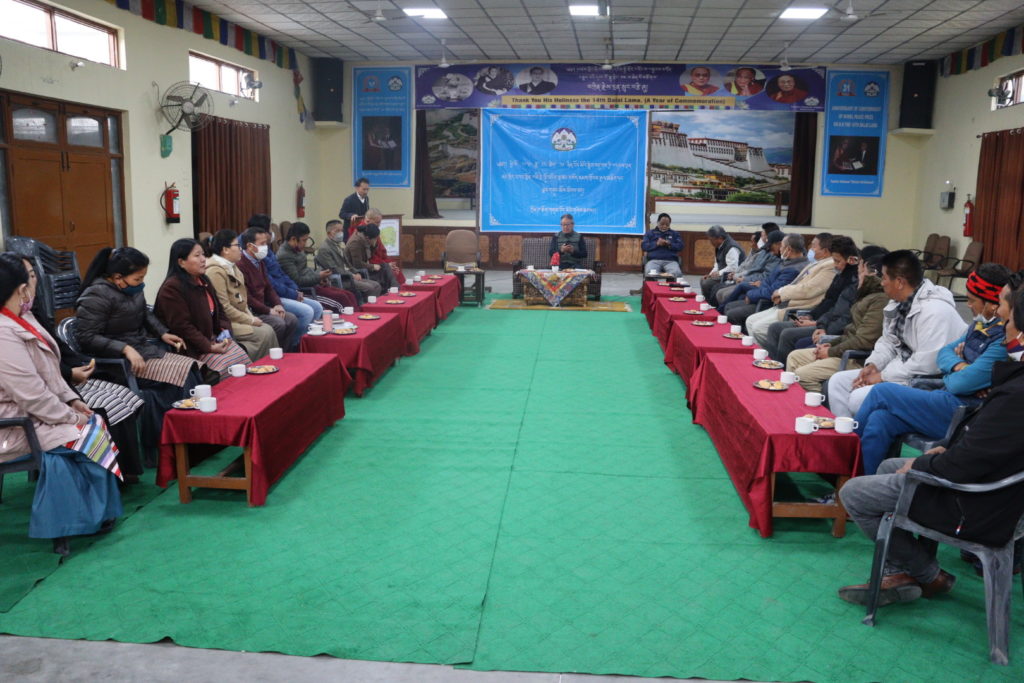 Dharamshala: After the successful visit to Dehradun, Kalon Sonam Topgyal Khorlatsang of Department of Home, Central Tibetan Administration arrived at Paonta Cholsum Tibetan settlement on 20th December where Kalon visited the Paonta Tibetan garment woollen shops and later took a tour of school, monastery, and offices at the settlement.

During his visitation, Kalon discussed with the concerned people and assessed their situations for any developmental projects specific to their needs.

On 21 December, Kalon left for Puruwala Tibetan settlement where he inspected the boundary wall fencing project, took stock of the situation, which is one of the major projects of the settlement. Later, Kalon inaugurated the local Tibetan Assembly office and local Tibetan freedom movement office.

After the ceremony, Kalon met with the settlement heads and held internal meetings. Kalon spoke on the 15th Kashag’s various developmental initiatives, achievements and on the recent development with regard to the US support to Tibetan policy and support act of 2020 and Sikyong’s visit to White House Washington DC.

He also shared the good news concerning His Holiness the Dalai Lama’s recent statement of his affirmation to live long.

As the Covid-19 pandemic situation is still around and causing great hardships, Kalon urged all to take every precaution and follow the guidelines strictly for prevention and safety till the vaccine is available. He informed the initiatives being taken by CTA to safeguard the well being of the Tibetan people against the pandemic.

Later, in the evening Kalon was offered a farewell gratitude dinner at Paonta settlement and a green tara thangka as a token of appreciation for his lifelong service to the community.

Before leaving from Paonta on 22 December, Kalon did a Covid RTPCR test, met the block medical officer Mr Ajay Doel and thanked him for all the support rendered to Paonta Tibetan residents.

–Filed by the Department of Home 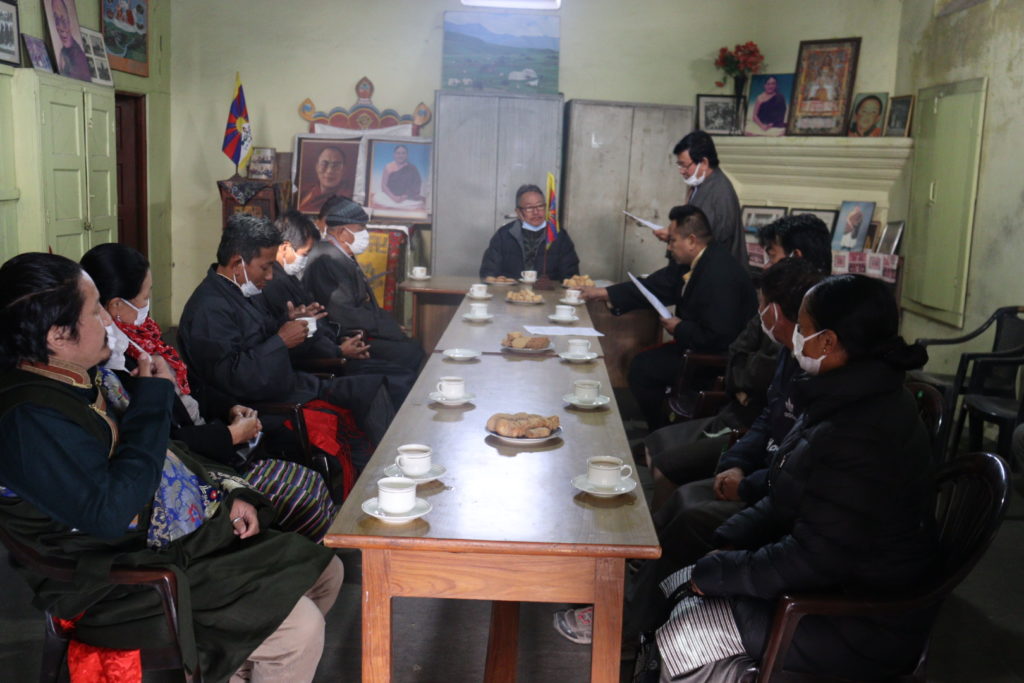 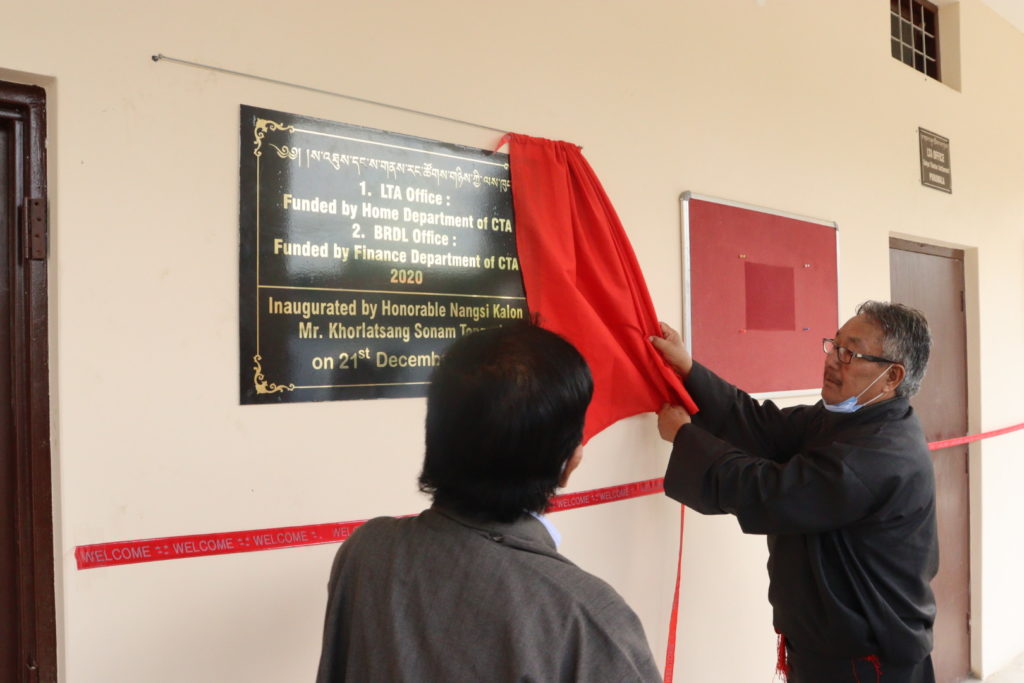 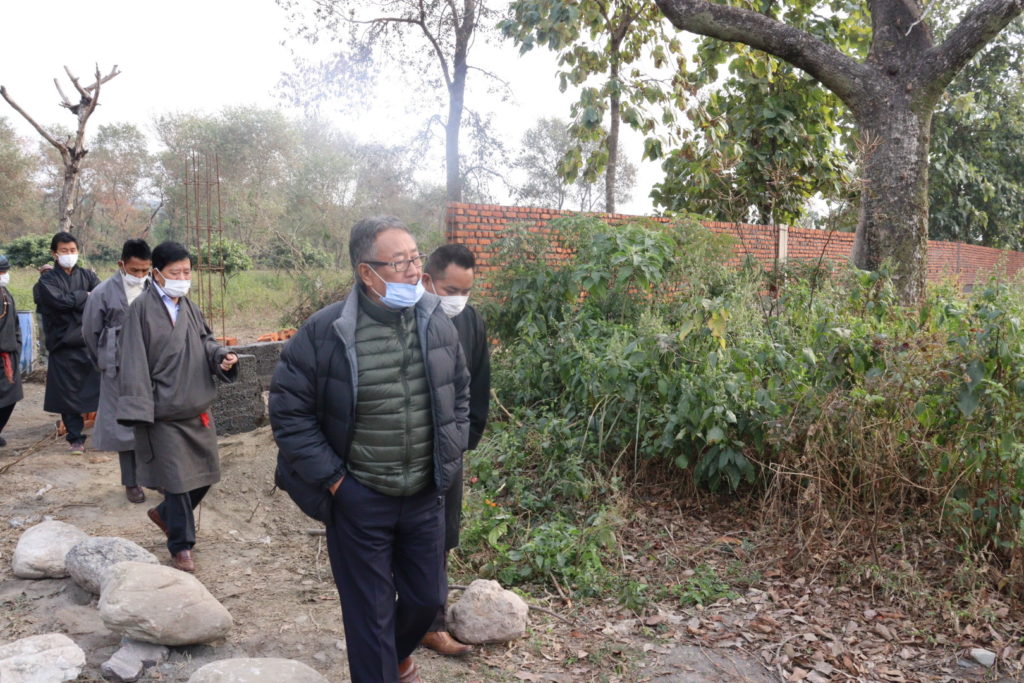 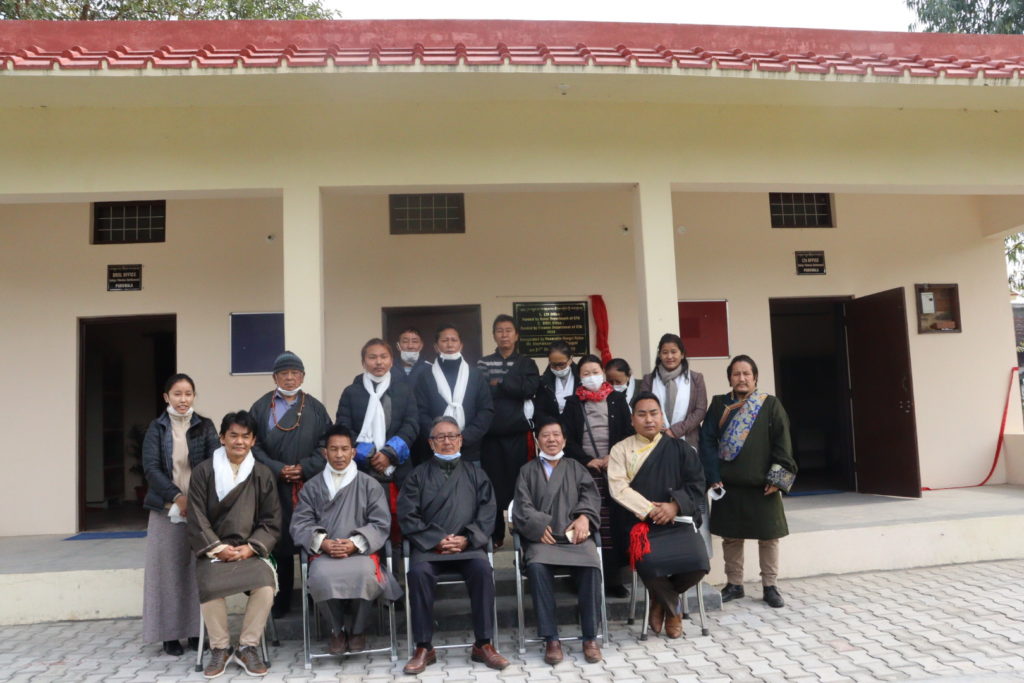 Home Kalon is joined by members of the local Tibetan organisations for a group photo after the inauguration. 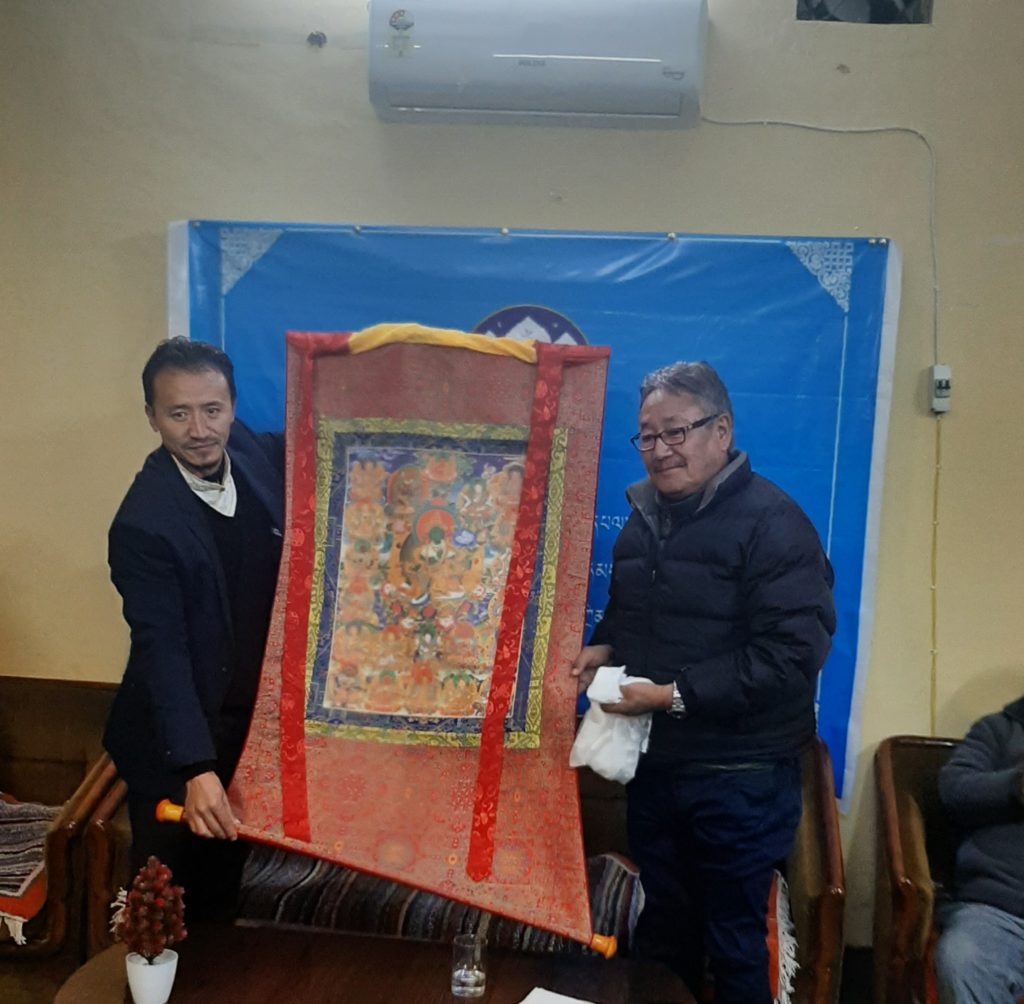 Settlement Officer Gelek Jamyang presenting a souvenir of green tara to Home Kalon for his long CTA service and for support to Paonta settlement. 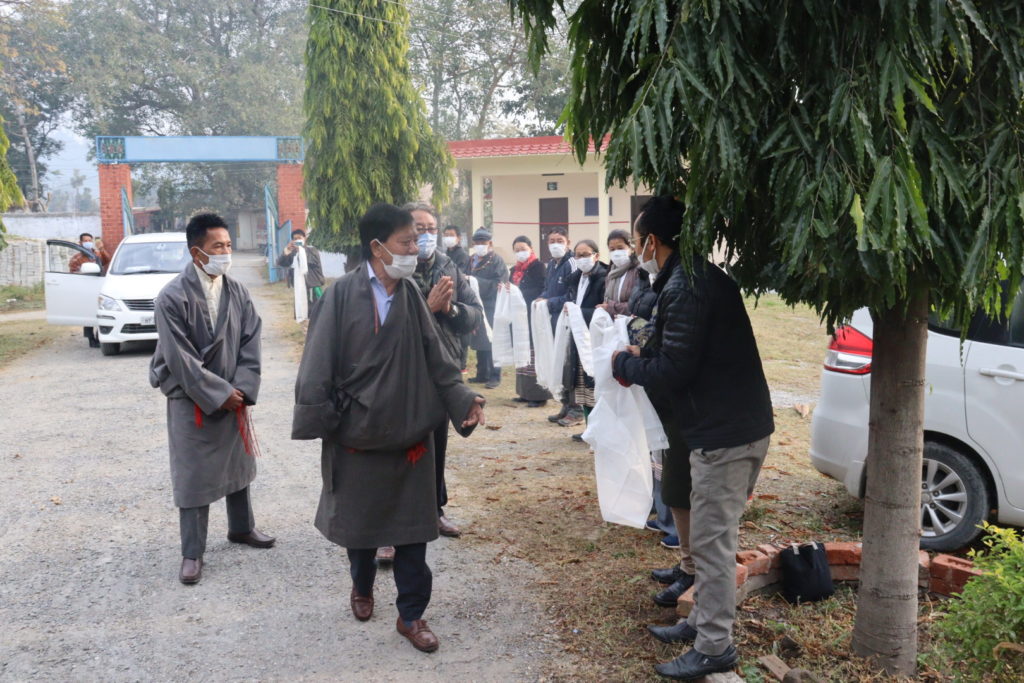