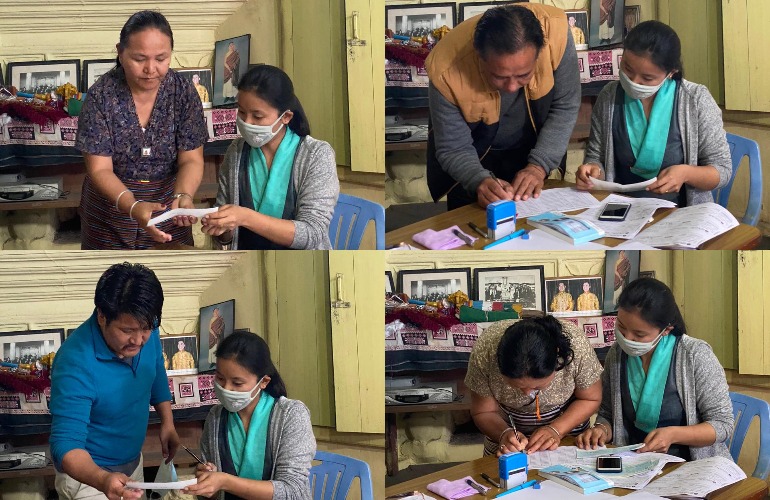 Representatives of the affected families receiving the compensation via the Tibetan Settlement Office, Puruwala as directed by the Department of Home, CTA.

Dharamshala: The Department of Home, CTA today issued a status report on the fire relief compensation made towards the Tibetan sweater seller families of Dhule, Maharashtra.

On 1 September 2019, the warehouse storing the merchandise of 12 Tibetan sweater sellers in Dhule was gutted in fire due to a short circuit. Kalon of Department of Home, Mr Sonam Topgyal Khorlatsang immediately visited the distressed Tibetan sweater sellers in Dhule and sanctioned a relief amount of Rs 5,00,000 (Five Lakh Rupees). A thorough inquiry was also conducted to prevent future incidences.

As appealed by the Home department for monetary support and contributions from Tibetans in diaspora, organizations and donor agencies towards the affected families, the department subsequently received a total amount of Rs. 59,40,351 and as per the families’ request, the department also issued letter of permission to seek donations through which they received an amount of Rs. 55,84,936 from generous donors.

As per the report, the fire victim families received a total of Rs. 1,20,25,287 (One Hundred Twenty Lakh Twenty Five Thousand Two Hundred Eighty-Seven Rupees) in compensation.

Under the direction of the Home department, all the grants and donations were equally distributed to the families through the Tibetan Settlement Office, Puruwalla. Each victim families has been compensated with Rs.10,02,107.

Read the complete status report issued by the Department of Home here: 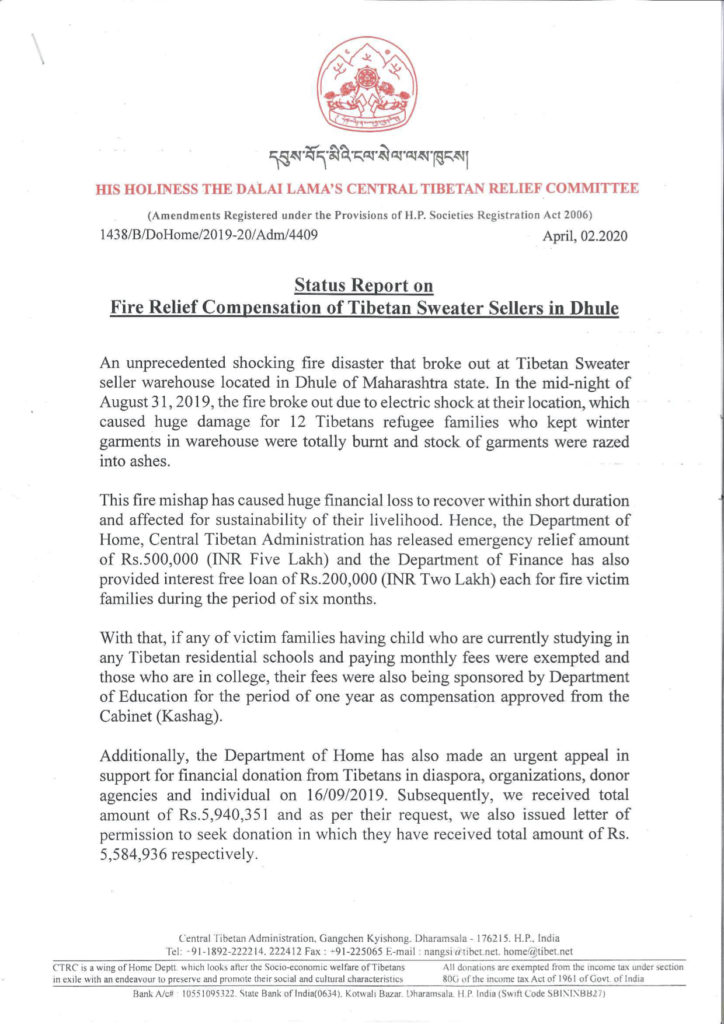 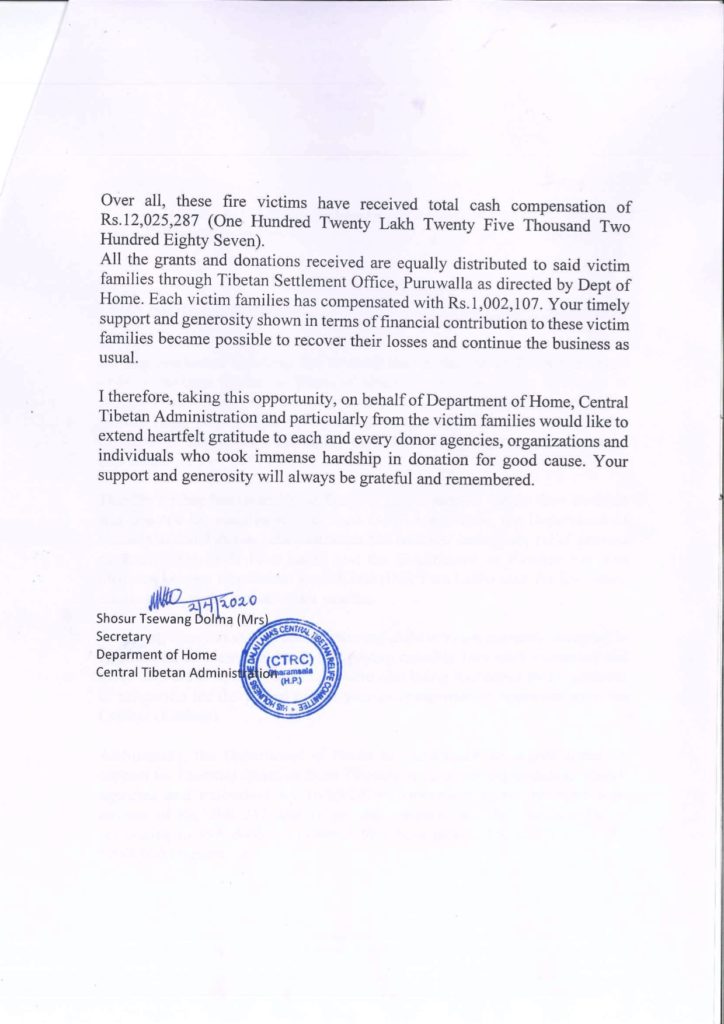