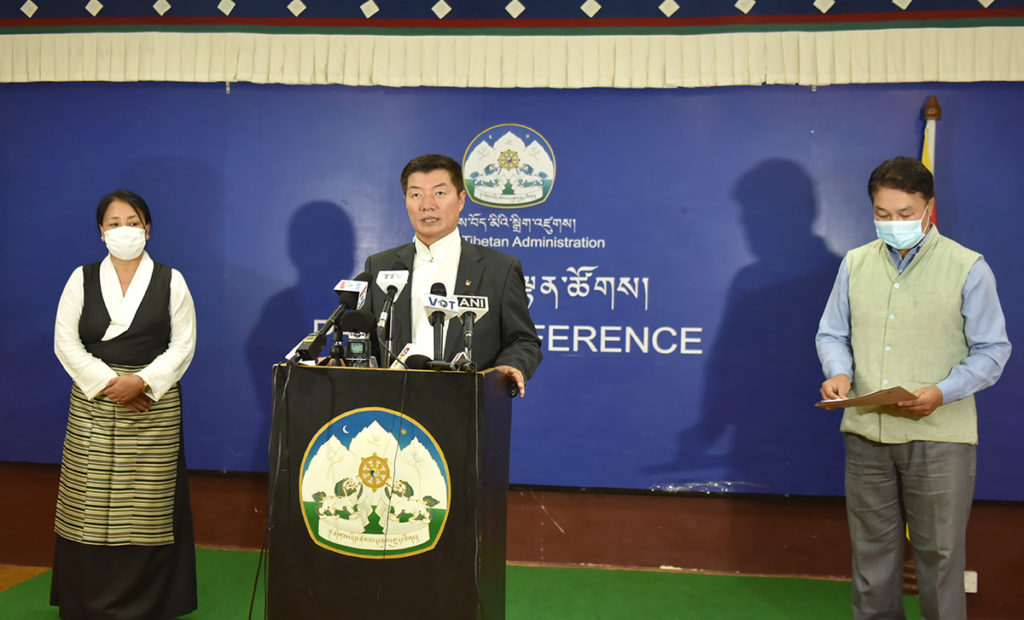 Dharamshala: After the declaration of the class XII examinations (AISSCE) 2020 results by the CBSE, Delhi on its official website- cbseresults.nic.in yesterday, Tibetan schools in exile found much to rejoice, with across the board strong performance noted in the overall pass percentage which stands at a record of 98.23% and the historic precedent set by 19 students who scored 95% and above—an all-time record since the inception of the “Prestigious Sikyong Scholarship Award” in 2013.

In recognition of this historic feat, the Department of Education, Central Tibetan Administration held a press conference today at DIIR to officially announce the results.

Sikyong Dr Lobsang Sangay highlighted the collective efforts of the Education Department under the dynamic leadership of Kalon Dr Pema Yangchen, Kashag’s policy reforms, students’ persistence and importantly, parents’ support and involvement. Sikyong emphasised that the purpose of awarding the scholarship was to provide encouragement and affirmation to the bright students and push others similarly to strive higher.

He further said that with the prioritisation of education under the 14th and 15th Kashag, the Department of Education, CTA has launched a series of ambitious scholarship scheme in Tibetan schools. As a result, there has been remarkable progress in the performance of Tibetan students in class 12 board exam ever since and this year’s CBSE results have been unprecedented.

Sikyong Scholarship, worth one lac rupees, is the most prestigious scholarship for Tibetan students awarded by the Department of Education, Central Tibetan Administration. It was introduced in 2012 during Sikyong Dr Lobsang Sangay’s term as the Education Kalon to encourage Tibetan students in exile to pursue academic excellence.

Sikyong added that sceptics who dismissed it as an unattainable goal, have been proved wrong with this historic achievement by the students and the collective efforts of DOE and the dedicated teachers.

He cited the NDTV ranking of CTSA as the 3rd highest in the list of schools with the highest pass percentage in India.

Dr Pema Yangchen, the Education Kalon congratulated the students for their excellent performance and hailed it as a historic feat and acknowledged the collective efforts behind the success.

She clarified that the percentage had been drawn taking the average of the 2 scoring subjects out of the 3 appeared and 3 out of 5 appeared. She noted that on average, girls have outperformed the boys.

“It is rejoicing news; Under the prevailing circumstances of the lockdown, suspension of schools and the exam rescheduling and cancellation, that Tibetan students have performed so well. Taking this opportunity, I, on behalf of the Department of Education express deepest gratitude to His Holiness the Dalai Lama for it is His Holiness’ far-sighted vision and leadership in establishing Tibetan schools in exile and envisaged the most successful refugee community with a robust education system.

Mr Tenzin Dorjee, Head of Academic Section, DoE briefed about the other scholarship programs under the DOE and those facilitated by DOE, such as the Gaden Phodrang Scholarship and Sikyong Scholarship both undertaken annually. The list of the 19 distinctive students is uploaded below. 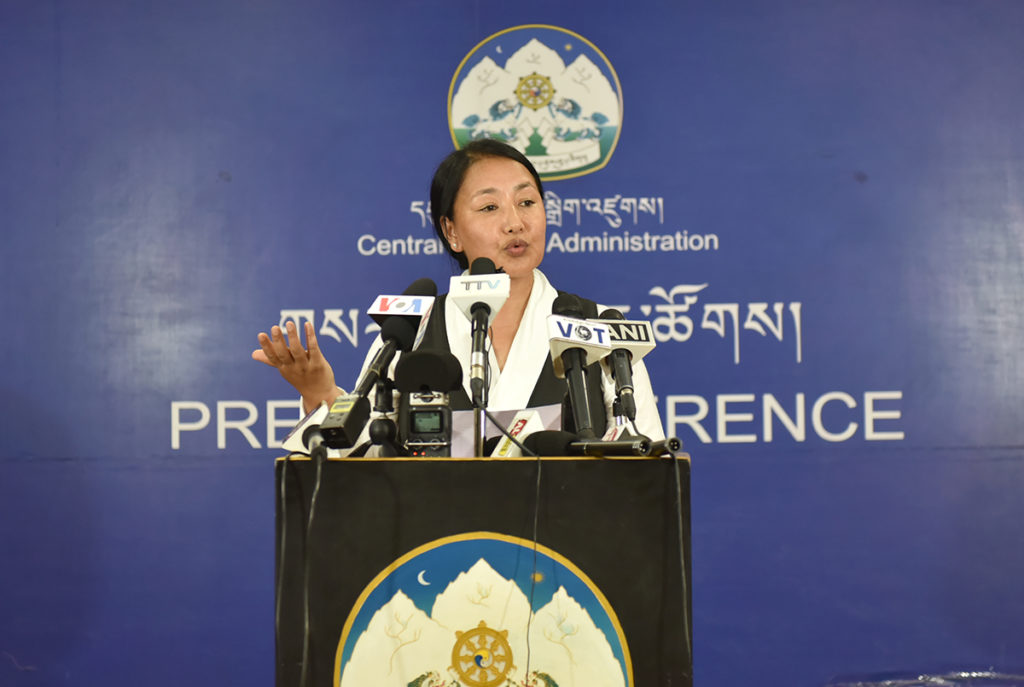 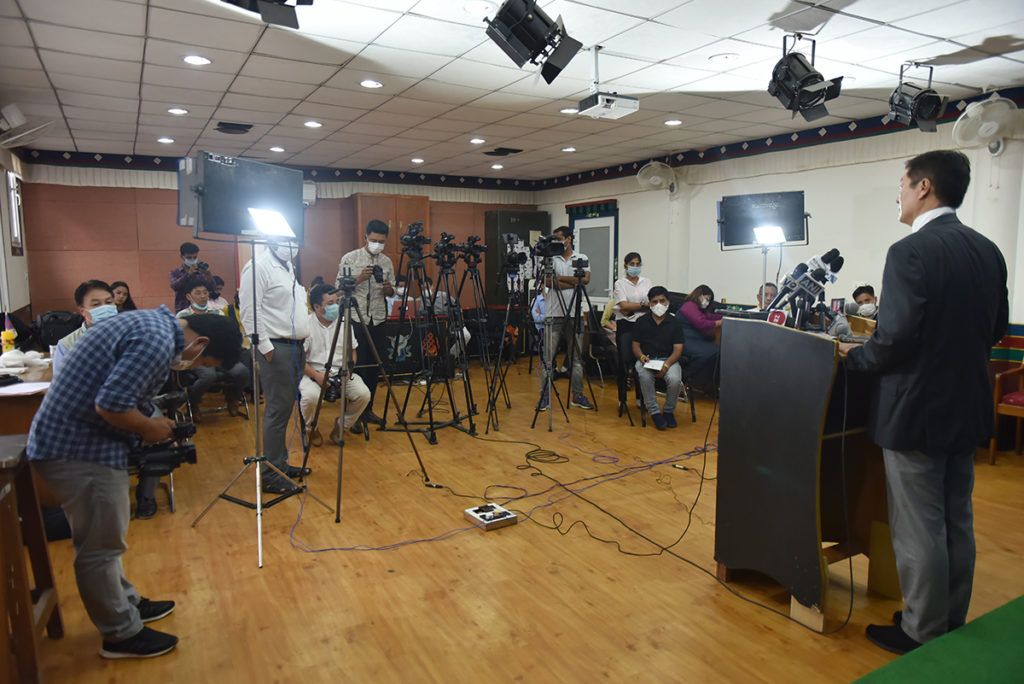 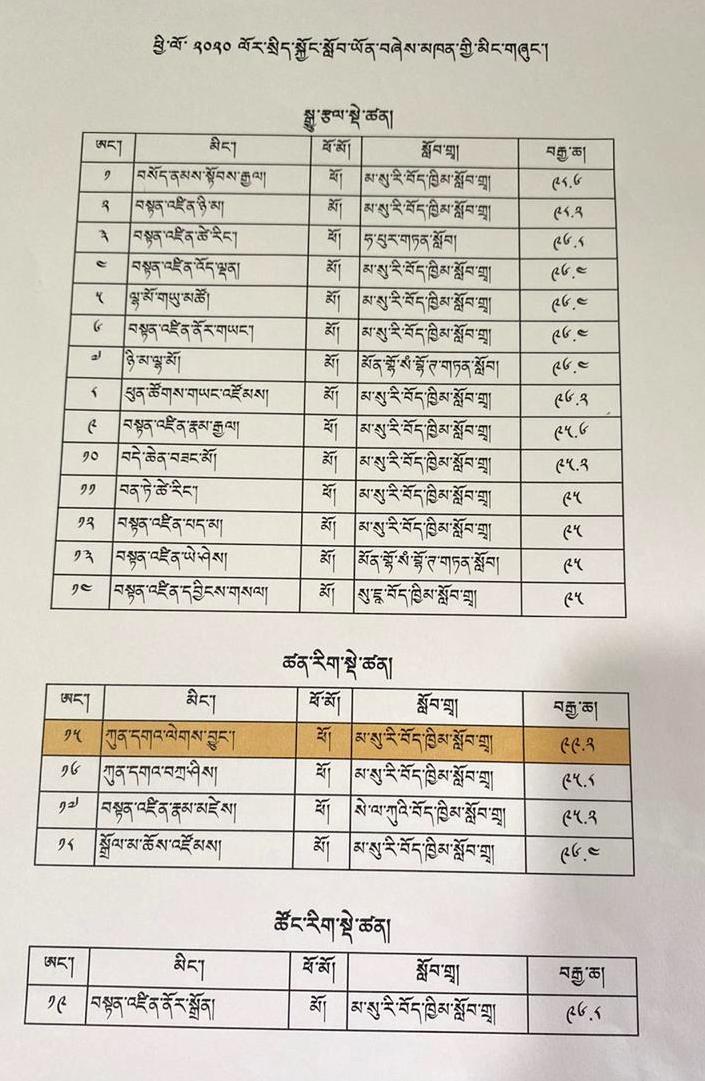