His Holiness the Dalai Lama urges promotion of vegetarianism, says the world can’t do without animals 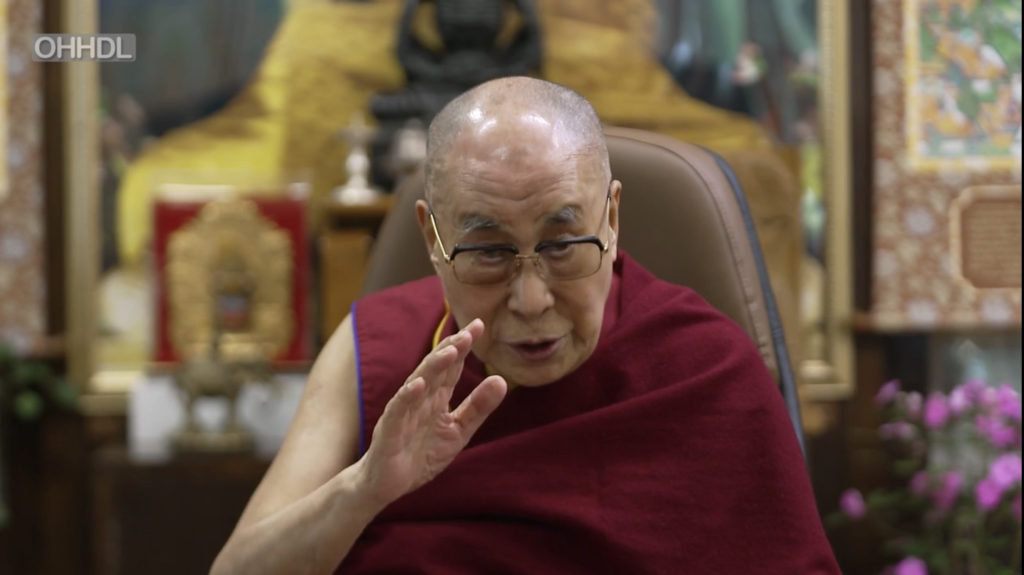 Dharamshala: On the occasion of World Animal Day, His Holiness the 14th Dalai Lama sent out a special message urging people to promote vegetarianism.

His Holiness said, “If the world consists of only human beings and the animals disappear, it will be a lonely world, especially in the cold climate regions like northern Tibet and Mongolia whose primary source of livelihood through generations depend on animals whereas countries like India have a rich supply of vegetables and is known for vegetarianism which should be encouraged in other parts of the world”.

His Holiness also mentioned that his effort in the last few years has been to encourage monasteries and schools to serve more vegetarian meals and added that more fruits and vegetables should be grown to maintain the balance of food biodiversity.

World Animal Day is celebrated annually on 4th October with an aim to promote animal rights and improve the welfare status of animals around the world.