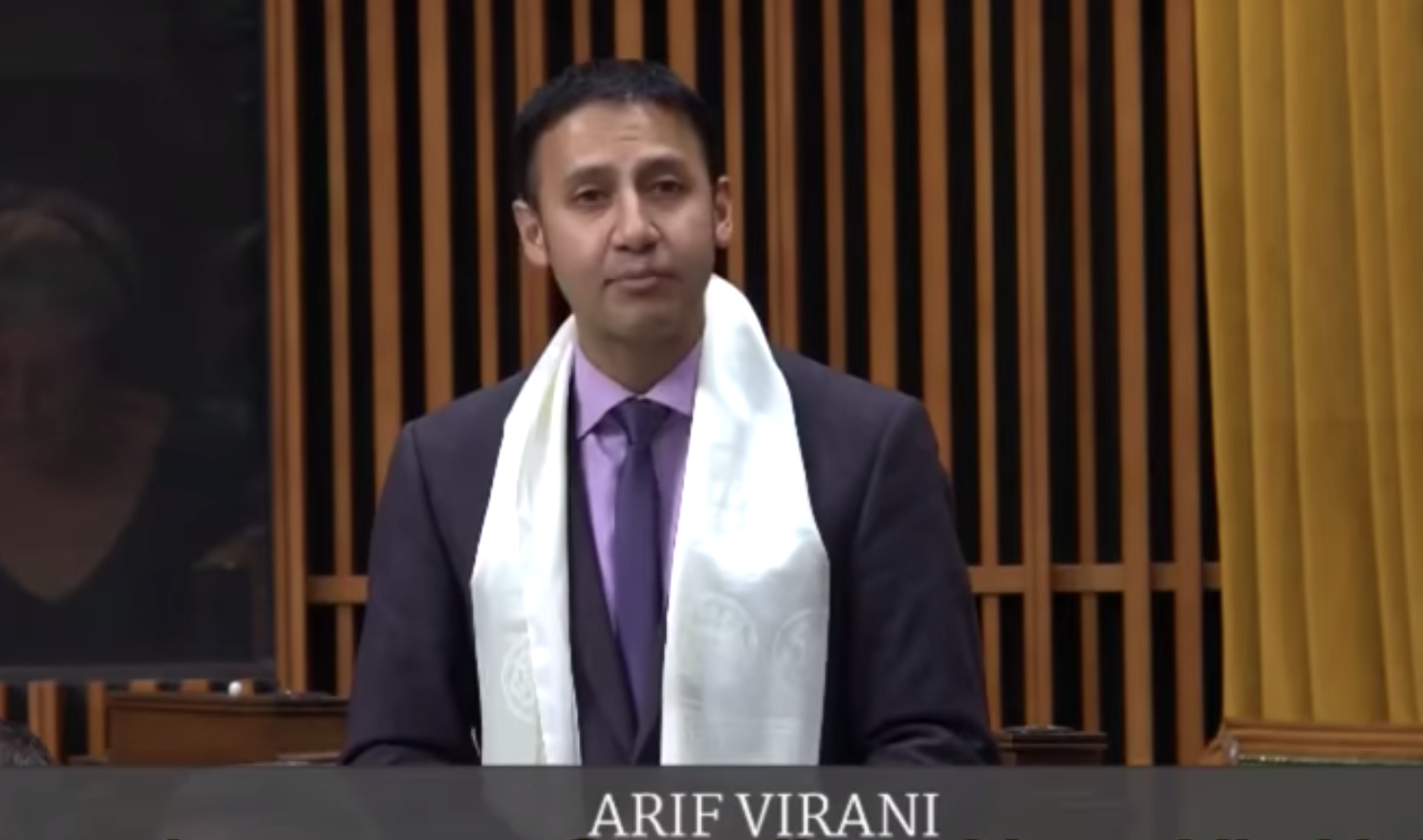 Arif Virani, MP for Parkdale-High Park in the House of Commons of Canada. Photo: screengrab

Toronto: MP Arif Virani, Representative of Parkdale -High Park in the House of Commons of Canada issued a statement yesterday during the session of parliament, acknowledging the positive contributions of His Holiness the Dalai Lama to humanity and the 30th anniversary of the conferment of Nobel Peace Prize to His Holiness.

Addressing the House, MP Arif Virani said, “Today is the 30th anniversary of the award of the Nobel Peace Prize to His Holiness the Dalai Lama. As the MP for Parkdale- High Park, I take great pride in representing the largest Tibetan diaspora in North America”.

Narrating his experience of meeting with His Holiness in Dharmashala in 2018, MP Arif said, “What I will always recollect from that meeting is his wisdom, his kindness, and most of all his dedication to the Tibetan people and his promotion of the Middle Way Approach. To our honorary Canadian citizen His Holiness the Dalai Lama, I simply say thank you.”

The Canadian MP expressed his gratitude to His Holiness for his unflinching contributions to the global community through his advocacy of peace and non-violence.