His Holiness the Dalai Lama Returns to Dharamshala 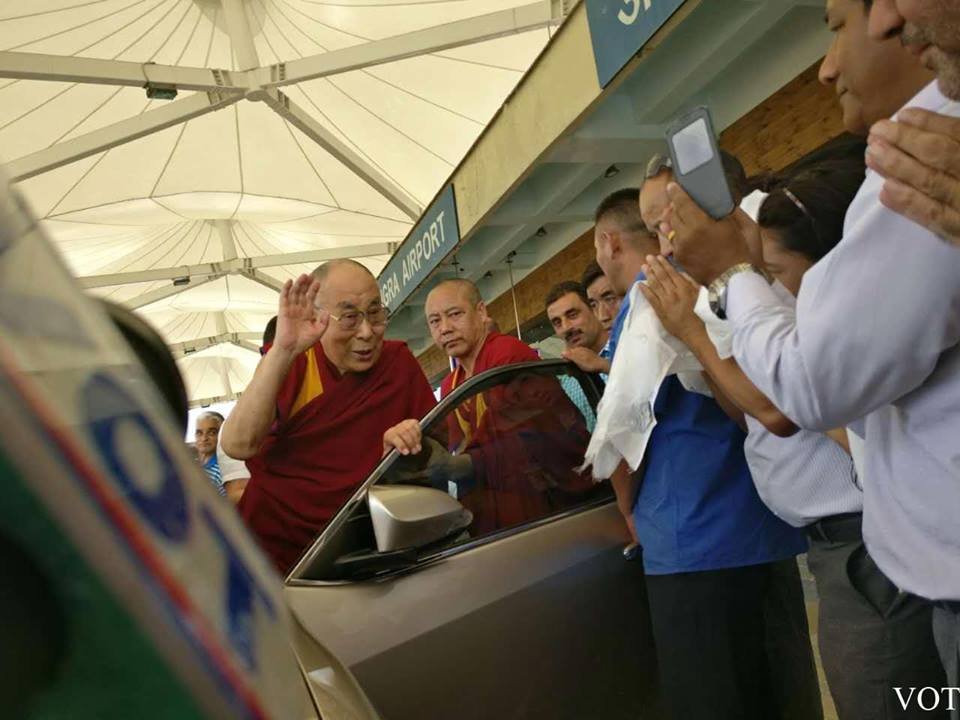 Dharamshala: Thousands of devotees and well-wishers: Tibetans, Indians and supporters thronged the streets- from Gagal airport in Kangra to the lanes of Tsuglakhang temple in Mcleod Ganj to celebrate the return of their beloved spiritual leader His Holiness the Dalai Lama after more than a month long visit to Ladakh, Delhi and Mumbai.

His Holiness wrapped up his more-than-a-month-long teaching tour to Ladakh on 31 July and gave a series of talks in Delhi and Mumbai from 5 – 14 August.

His Holiness’ upcoming schedule includes: four day teachings on Buddhapalita’s Commentary on the Fundamental Wisdom of the Middle Way (drel-pa Buddhapalita) at the request of a group from Asia including Indonesia, Korea, Malaysia, Singapore, Thailand and Vietnam at the Main Tibetan Temple from 29 – 1 September.

On 10 September, he will give a public talk on Compassion in Action at the Millennium Forum, Derry-Londonderry, Northern Ireland, UK

His Holiness will give public talk on Global Ethics – Shared Values in the afternoon organized by Tibet House Frankfurt to be held at Jahrhunderthalle, Frankfurt on 13 September.

On 14 September, His Holiness will participate in a one-day conference on Western Science and Buddhist Perspectives to be held at Jahrhunderthalle.

On 16 September, His Holiness will give a public talk on Peace in the morning at the Ancient Greek-Roman Theater of Taormina, Sicily, Italy.

His Holiness will give a public talk on Compassionate Ethics and Interdependence in the morning at Teatro Vittorio Emanuele, Messina, Sicily, Italy on 17 September.

His Holiness the Dalai Lama returns to Dharamshala after more than a month long tour to Ladakh, Delhi and Mumbai, 15 August 2017. Photo/VOT