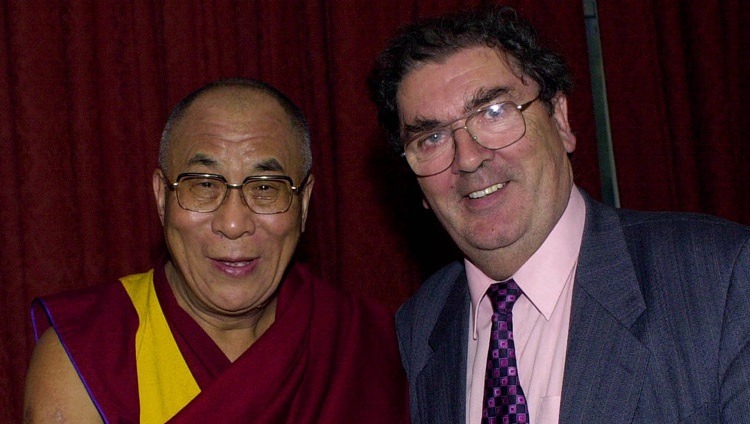 His Holiness the Dalai Lama with John Hume in Northern Ireland on October 19, 2000. Photo/PA

In his condolence message to the wife of late Nobel laureate, His Holiness wrote: “I was pleased to be able to meet your husband during one of my several visits to Northern Ireland,” he wrote. “His deep conviction in the power of dialogue and negotiations to resolve conflict was unwavering. It was his leadership and his faith in the power of negotiations that enabled the 1998 Good Friday Agreement to be reached. His steady persistence set an example for all of us to follow.”

His Holiness concluded with the observation that Hume’s dedication to peace and nonviolence in the resolution of conflict, no matter how protracted or difficult it may seem to be, will long survive him and noted that he had lived a meaningful life.