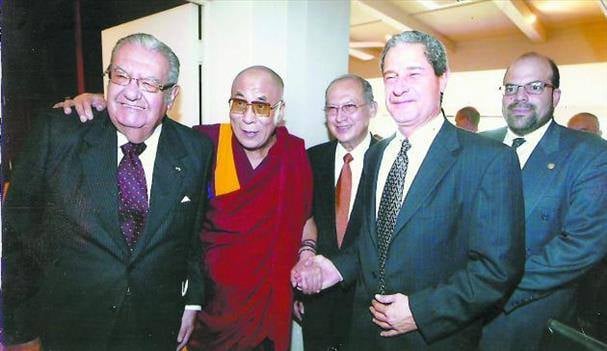 Late Dr. Alfredo Martinez Moreno with His Holiness the Dalai Lama in El Salvador in 2004.

Dharamshala: His Holiness the Dalai Lama expressed his profound condolences at the demise of Dr Alfredo Martinez Moreno, a longtime supporter of the Tibet cause and a personal friend of His Holiness.

“I was very sorry to learn of the passing of my friend Dr Alfredo Moreno at the age of 98. I offer my condolences to you and your family.”

“As you know your husband was a member of your nation’s delegation to the United Nations in November 1950. It was El Salvador that first raised the issue of Tibet at the UN, for which we remain very grateful.”

“Over the years, I met your husband on several occasions and was always deeply appreciative of his interest in and support for the freedom and dignity of the Tibetan people.”

“Although he is no longer with us, we can take comfort in the fact that he lived a meaningful life of service of others,” His Holiness said. 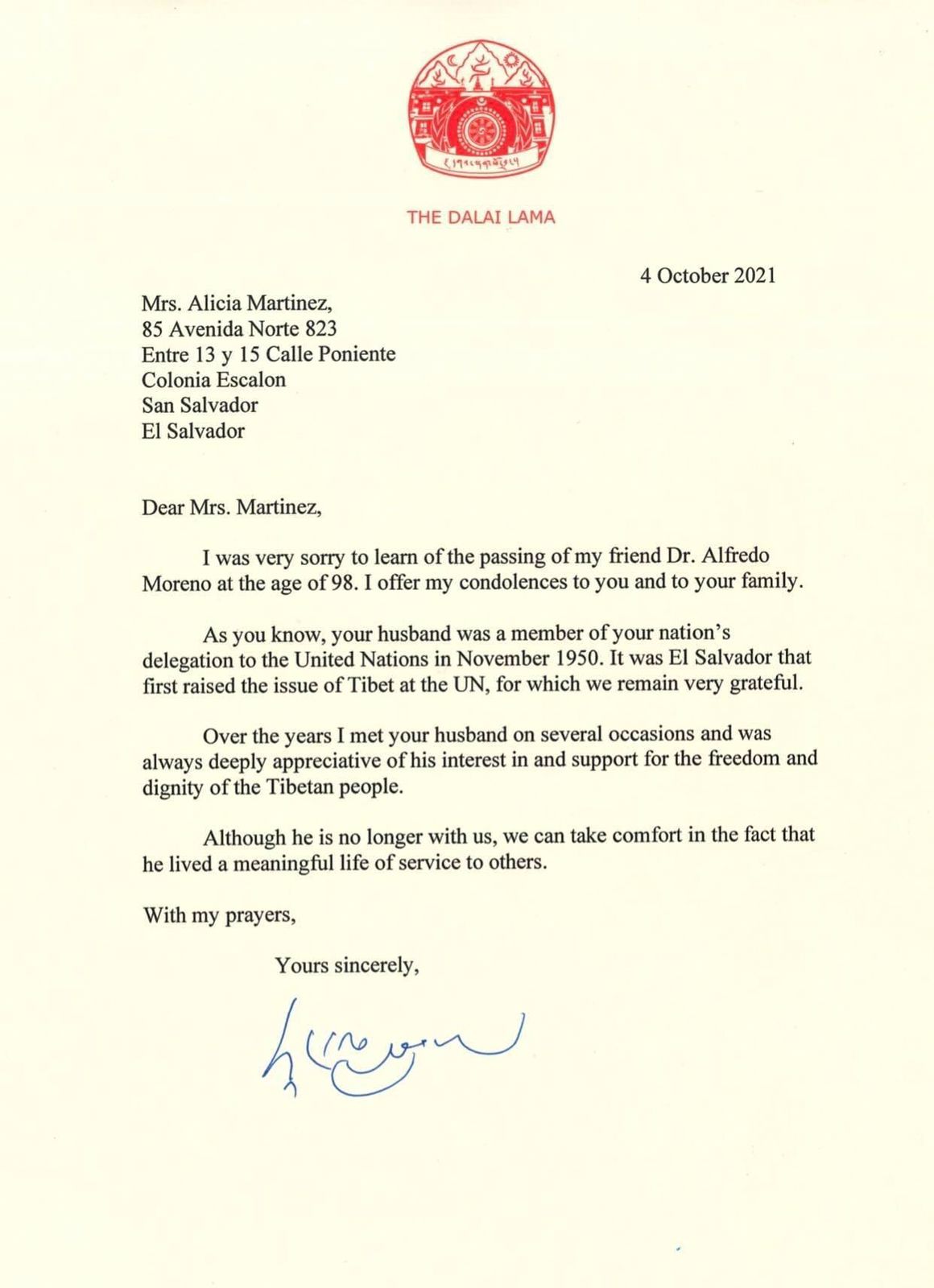