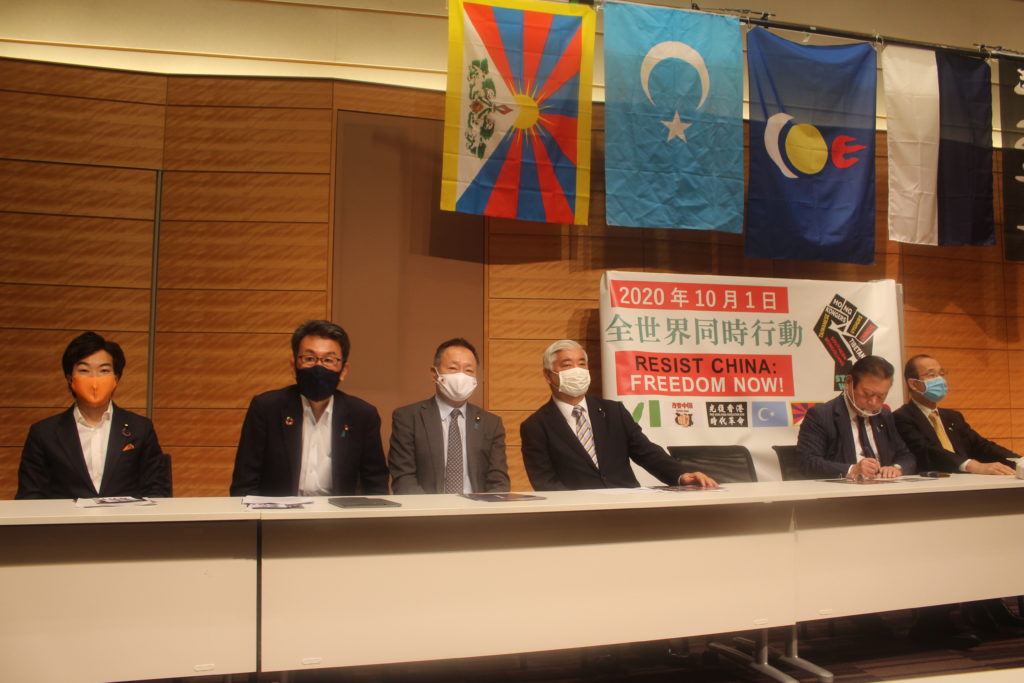 Members of the Japanese Parliament at the conference.

Tokyo: As China celebrated the 70th founding of the People’s Republic of China yesterday, Global Resist China movement was organized in Tokyo to protest against the Chinese government’s policy to suppress basic human rights and annihilate the culture and language of Tibetans, Southern Mongolians and Uyghurs.

On the same day, Global Day of Action to Resist was organised in more than 50 cities in 25 countries around the world.

Tibetans, Uyghurs, Southern Mongolians, Hong Kongers, Taiwanese, and Chinese took part in a conference held at the Japanese Parliament building. A group of parliamentarians from both the Houses of the Japanese Parliament participated in the event to voice their strong concern over China’s suppression of freedom and human rights in Tibet, East Turkestan, South Mongolia, Hong Kong and Taiwan.

The Japanese Parliament members expressed their conviction that the fight for democracy, freedom of speech, human rights and rule of law will triumph.

They voiced their deep concern over the recent reports that China has imprisoned around 1 million Uyghurs in concentration camps, enforcement of replacing Mongolian with Chinese language as the medium of instruction in the schools in Southern Mongolia and detention of more than 500,000 Tibetan farmers and herders into military-style vocational training camps in Tibet. They condemned the political repression and destruction of culture, language and identity of Tibetans, Uyghurs, and Southern Mongolians.

Some of the Japanese Parliament members call for the need to raise China’s suppression of freedom and human rights in situations in Tibet, Uyghur, Southern Mongolian and Hong Kong. 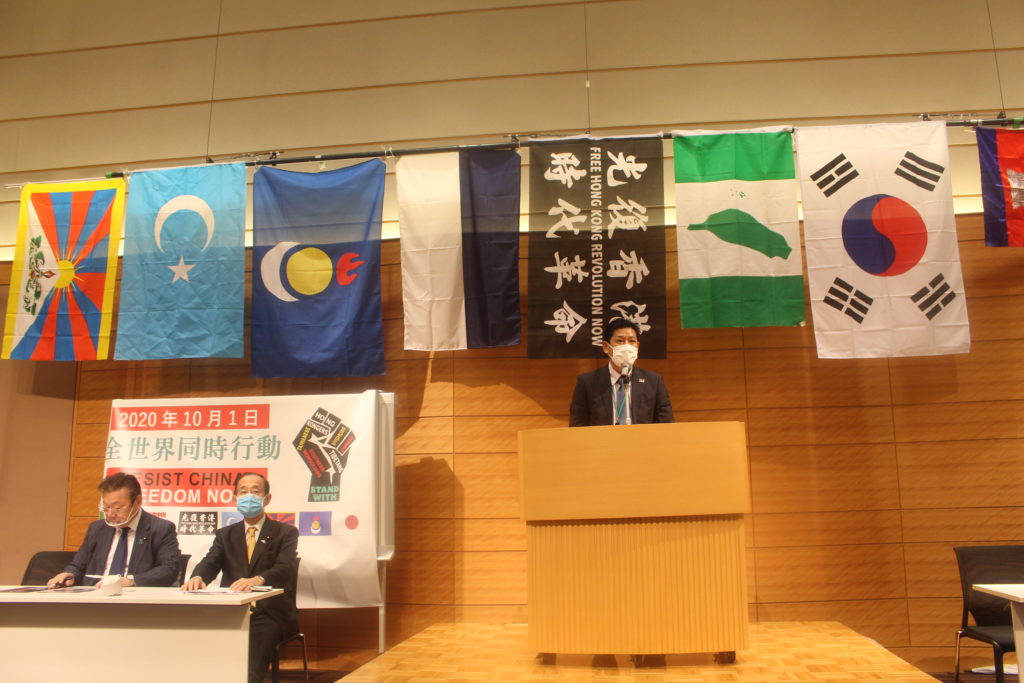 Tsering Dorjee, President of the Students for a Free Tibet, addressing the conference.

Tsering Dorjee, President of the Students for a Free Tibet Japan, spoke about how the Chinese government has tightened surveillance and restrictions on Tibetans inside Tibet.

He said severe restriction on the border has led to sharp decline in the number of Tibetan refugees crossing into India fleeing Chinese persecution. He also said there is no freedom of press in Tibet and foreign journalists are not allowed to freely cover the situation in Tibet.

The representative of the Japan Uyghur Association spoke about the detention of over a million Uyghurs in concentration camps and suppression of religious freedom by the Chinese government.

They called for a united effort to end the Chinese government’s political repression, hegemony, colonization and extermination of the nationalities. They also appealed for support from governments, organisations, individuals and media who value freedom, democracy, human rights and self-determination.

The representative from the Chinese pro-democracy community based in Japan described the 70 years of the People’s Republic of China as years of genocide, repression and expansionism.

He said China has built a wall of repression, adding that there is no strong a wall which can’t be brought down by the power of democracy and freedom.

Later in the evening, Tibetans, Uyghurs and Southern Mongolians took part in a peaceful demonstration in front of the Chinese embassy. 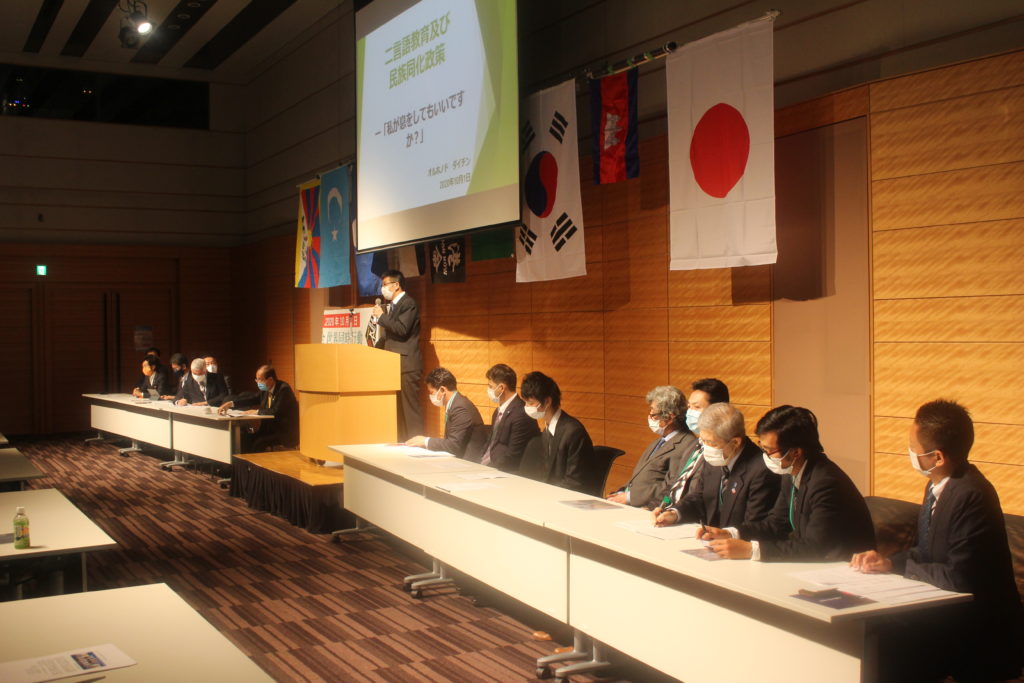 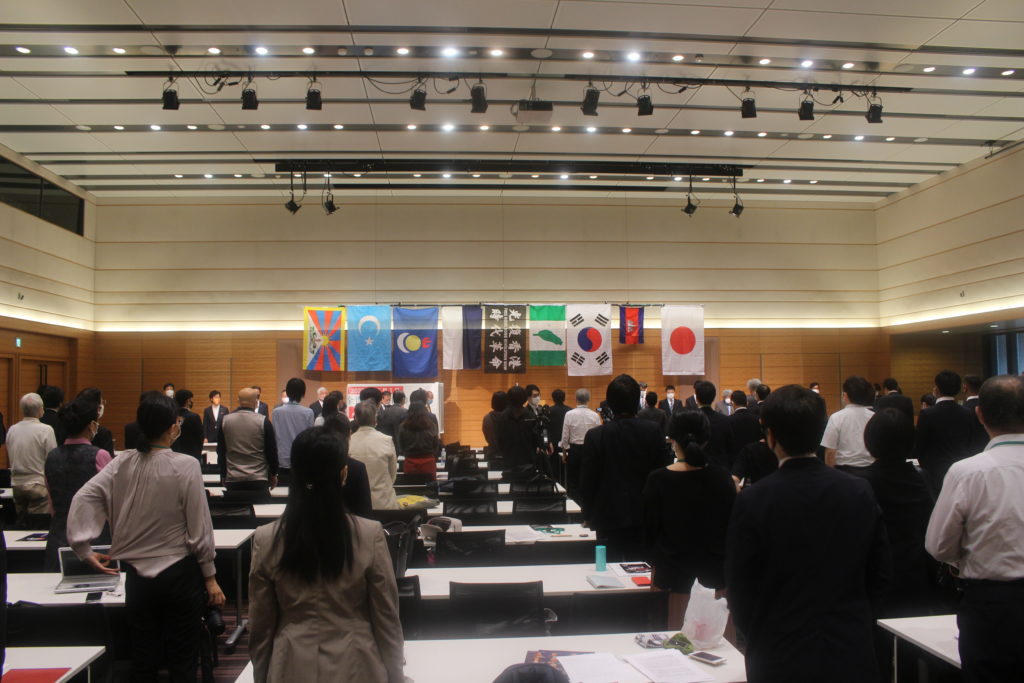