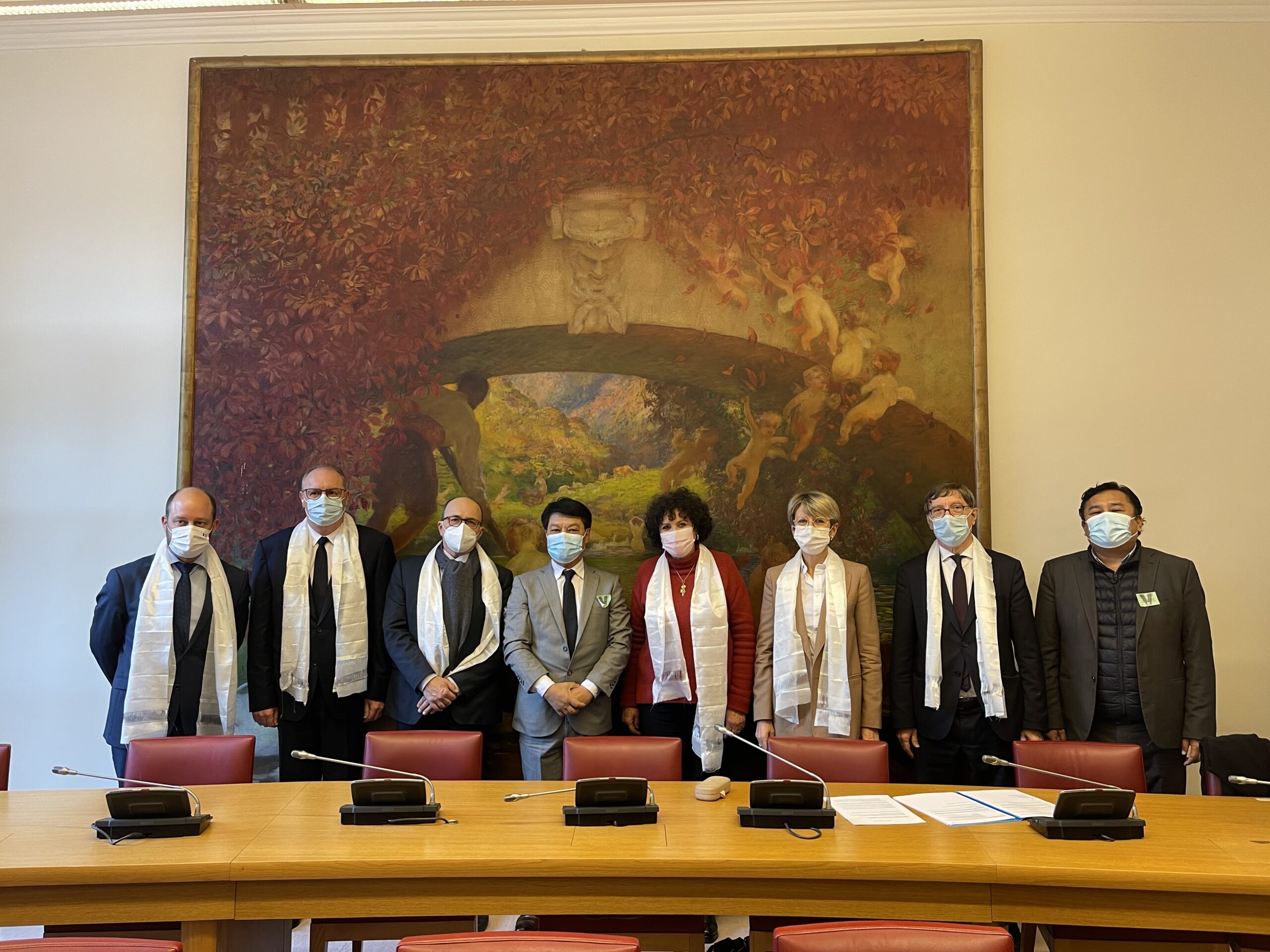 President Eustache-Brinon welcomed the Tibetan delegation and remarked that because of the pandemic the meeting could not be held for some time. She, however, listed a number of activities carried out by the Group, including meetings with Michel van Walt, Tibetan Parliamentarian Thupten Gyatso, and former political prisoner Dhondup Wangchen, etc. She further requested the Representative to convey the group’s sincerest wishes to His Holiness the Dalai Lama.

Representative Tashi Phuntsok began by informing the meeting of His Holiness’ good health and how grateful he was once again to meet with the group in the Senate. He recalled the long association of the Group since 1988 with Tibet, including with Senator Louis de Brossia in the Senate and MP Lional Luca in the National Assembly. He described the situation in Tibet as being a vast prison and Tibet being the least free country in the world. The bondage of Tibetans in Tibet under China is best imagined when Tibetans say that it is easier to go to heaven than to obtain a passport to travel outside Tibet. In this, therefore, he requested the group to work for reciprocal access and travel in Tibet in lieu of the freedom that Chinese diplomats, tourists, students etc enjoy in the West.

As His Holiness is most respected leader around the world and particularly for the Buddhist world and as the institution of the Dalai Lama is significant for protection of his legacies, he requested the group to request France to announce its position on the succession of the Dalai Lamas like the German, Belgian, the Netherlands and the U.S. He further stated that pressure on China to resume contact with Tibetans for negotiation is as important as the recognition of the Central Tibetan Administration to carry forward the legacies of His Holiness the Dalai Lama.

As France has assumed the Presidency of the EU, Representative Phuntsok felt that France should lead the EU in promotion of European culture and protection of democracies as mentioned in President Macron’s priorities. Chinese encroachments on these areas in Europe are substantive and aggressive and the very fiber of the EU is threatened. He requested that Tibet issues be stridently brought out in the EU-China annual summits and human rights dialogues with China.

While concluding the meeting President Senator Eustche-Brino remarked that France should lead the EU on the question of Tibet. She agreed that the Tibetan struggle is far more deep rooted and complex and historically resilient than other issues that confront China. She further felt that, as diaspora Tibetan communities in the West are becoming larger, there was a need to strengthen and robustly support them. She promised that the group would work on all the issues that the Representative Phuntsok had brought out in his address. 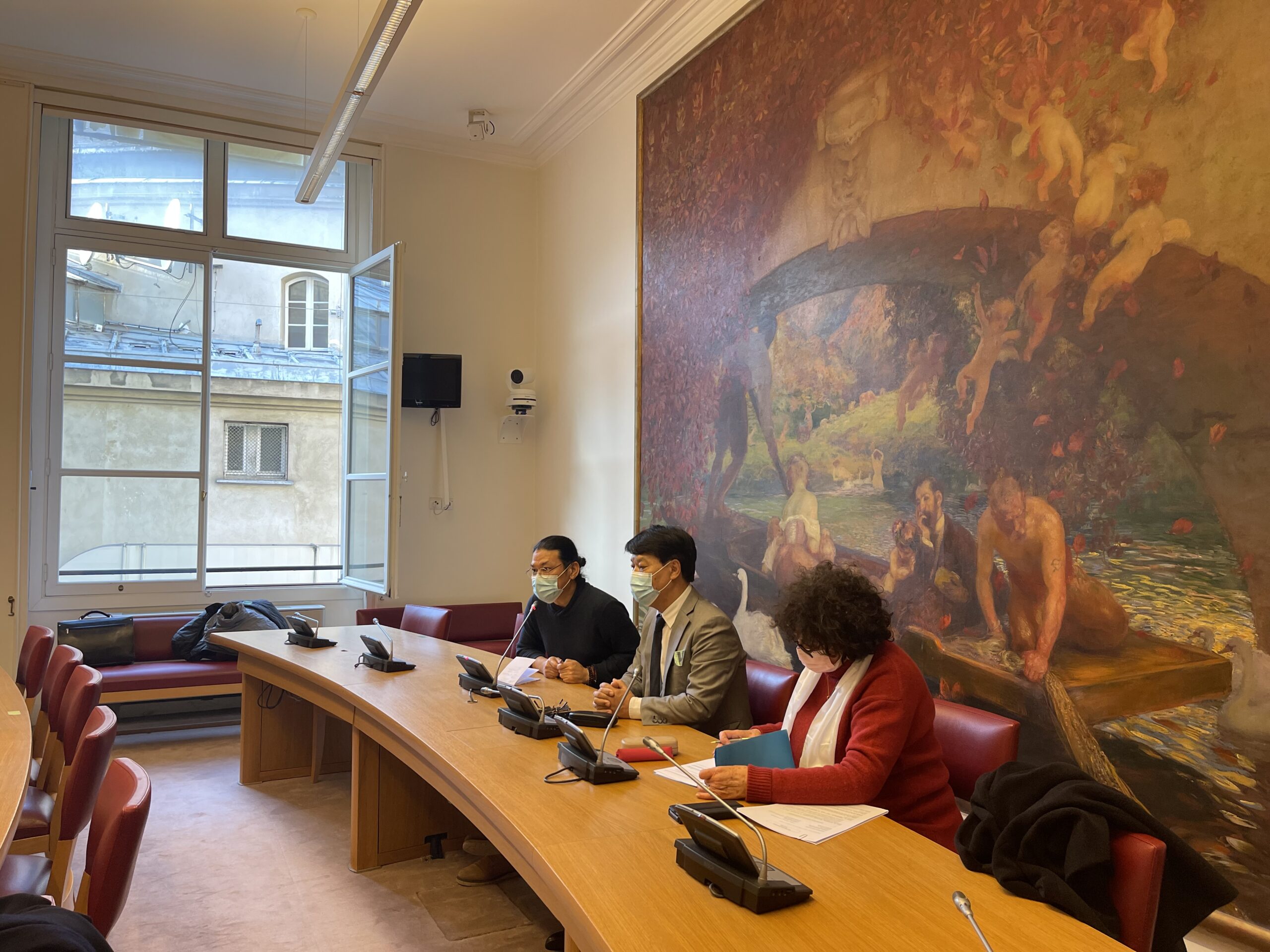 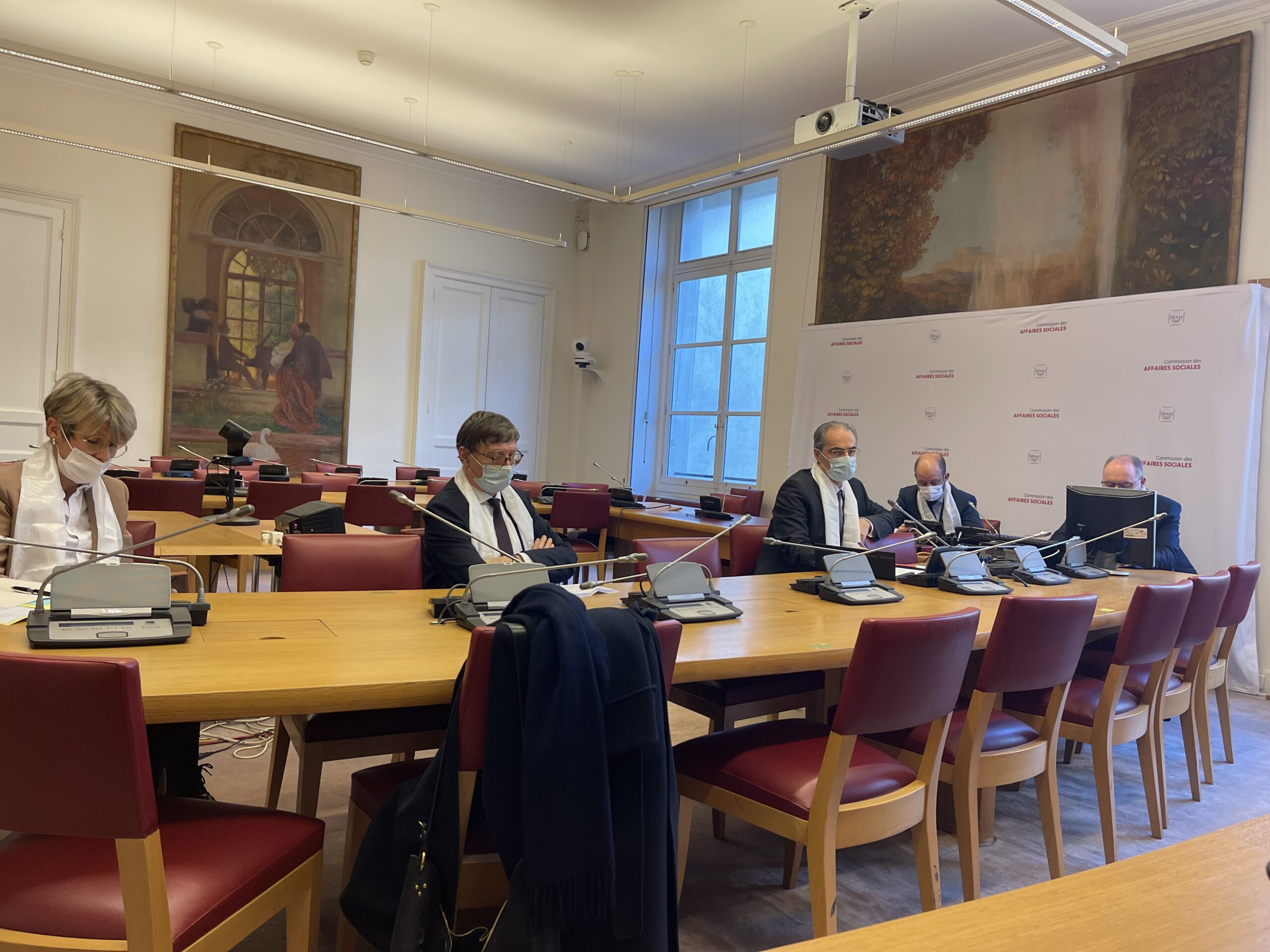