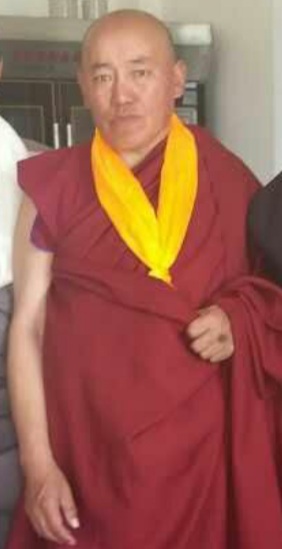 A former Tibetan political prisoner who spent more than 17 years in Chinese prisons working for the human rights of the Tibetan people has passed away on 22 February 2022, according to our source.

Ngawang Gyaltsen, also known as Ngodup Gyaltsen, passed away around 5:22 AM local time in Lhasa hospital due to ill health. He was only 58 years old.

He was one of the 21 Drepung monks who staged the first significant pro-independence peaceful demonstration in Lhasa on 27 September 1987. He was later arrested and detained for four months at a detention centre in Lhasa.

Following his release, he continued to work for Tibet’s independence and the fundamental human rights of the Tibetan people. He along with nine other monks formed the ‘Group of Ten’ carrying out non-violent political activities.

According to the Amnesty International Group 22 report, “the ten monks’ non-violent political activities included the use of carved wooden blocks to print copies of the Universal Declaration of Human Rights. They also printed a document outlining their vision for the future, based on the 1963 Constitution drafted in exile by the Dalai Lama, proposing a democratic Tibet free from Chinese occupation”.

The authorities arrested the ten monks on 13 May 1989. On 28 November 1989, he was tried by the Lhasa People’s Intermediate Court in the presence of around 1500 people where he was sentenced to 17 years in prison for “taking part in counter-revolutionary groups”, “inciting separatism”, “conducting espionage acts”, and “trespassing international borders”. He was also subjected to five years of deprivation of political rights in addition to his lengthy sentence term.

According to a report by Free Tibet, Ngawang was again arrested and later sentenced to three years in prison on 24 February 2015 in Nagchu’s Sog county on unknown charges. It was suspected that his confrontation with the Chinese officials on the ‘patriotic education’ led to his eviction from his monastery. He served a three-year sentence in Lhasa’s Drapchi prison until his release on 7 March 2019.