Brussels: The Tibet Interest Group (TIG) in the European Parliament hosted a special in-person meeting on Tuesday, 17 May 2022, two years after the Covid outbreak to discuss various issues on Tibet. The event was hosted and chaired by MEP Mikulas Peksa, Chair of the TIG.

Mikulas Peksa, President of TIG welcomed the guests and said that with ease of covid-19 restrictions we will have more opportunities to organize events. However, he said even during the lockdown the TIG remained active and reported the activities organised.

Outgoing Representative Tashi Phuntsok updated on new developments in Tibet and expressed his solidarity with the people of Ukraine who are suffering under Russian invasion. He said the current situation in Ukraine reminded the Tibetans of their own situation 60 years ago.

He said the Tibetans survived during those very crucial times without EU’s military support but support from the common public, Municipalities, Parliamentarians and governments. Finally he thanked the MEPs for their unwavering support to Tibet and said that after 42 long years of service, he was retiringand urged them to extend the same level of support to his successor.

Ms Genkhang introduced herself and acknowledged that her appointment comes at a challenging time when repression against Tibetans has reached new heights. She said she had the impression that despite the worsening situation in Tibet, the non-violent freedom struggle of the Tibetan people retreating. Therefore, bringing it to the forefront of the EU should be one of the immediate priorities and sought everyone’s support.

She further added that the senseless war in Ukraine was a stark reminder for the Tibetans of the invasion of their own country by China. And just like Russia, China came to liberate the Tibetans some 60 years ago and the result is there for the world to see today. She said the Ukraine crisis is a result of an authoritarian leader left untamed for decades.

“And while the international community’s attention is riveted on the Ukraine crisis, which should rightly be, it has also given reprieve to other authoritarian regimes like China to violate human rights with impunity. China is a global threat and the free world must stand up against it”, continued Ms Genkhang.

The meeting also discussed future TIG activities and launched a book titled “Thank You Europe for adopting Tibetan Communes in solidarity with Tibet” which was published by the Bureau du Tibet. 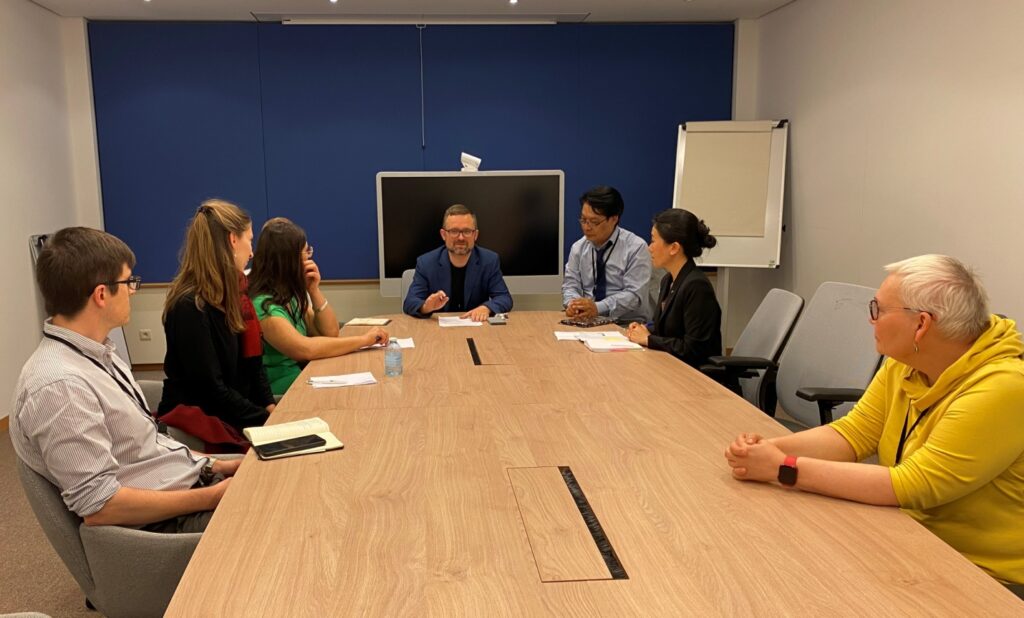