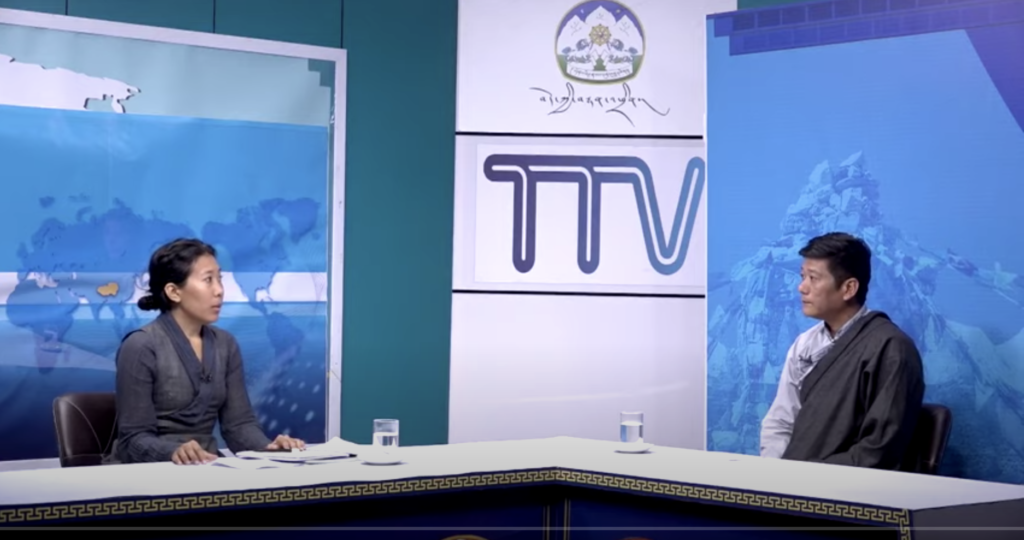 Dharamshala: Earlier this month, the Women Empowerment Desk (WED) under the Department of Finance (CTA) has published CTA’s official guidelines for Prevention, Prohibition, and Redressal of Sexual and Gender-Based Violence (SGBV) for the Tibetans in exile.

The guideline acts as a tool to provide practical assistance on the establishment of a coordinated approach for the prevention and mitigation of SGBV. The Guidelines also details the essential steps and interventions required to respond to the needs of the survivors/victims of these types of violence.

Also, given the data collected by WED in 2019, the findings indicated the existence of gender-based violence in the Tibetan community and it was strongly treated as a private issue as such not many of the SGBV cases were reported. This led to the formation of the guidelines as a step toward zero tolerance of any such incidents in the community.

The CTA’s SGBV guidelines were mandated and approved by the Kashag of CTA.

In an exclusive interview with Tibet TV, Tenzin Tsetan, project officer of WED discusses in detail the recently launched CTA’s Official Guidelines for Prevention, Prohibition, and Redressal of Sexual and Gender-Based Violence (SGBV) for the Tibetans in exile.

Tibet TV: Can you introduce in brief the recently launched WED’s guidelines on SGBV and can you explain the background information on the book?

Tenzin Tsetan (WED): In 2008, the 13th Kashag established a policy on women empowerment in the Tibetan community. In order to implement the policy, then Kashag has established the Women Empowerment Desk. In 2017, under the leadership of the 15th Kashag, the policy was revised to include a wider consensus on gender perspectives. As such, the Women Empowerment Policy outlined seven key points, and among those points, the seventh point was ‘Prevention of violence against women’. It was then decided to sensitise SGBV related issues in the Tibetan community and further adopt a zero-tolerance policy on SGBV.

In 2017, the WED initiated a study on the status of Tibetan women and girls in Tibetan communities in India and Nepal and the report conclusively found that SGBV is prevalent in the Tibetan community. We have had a series of discussions with experts in the field on how to prevent and mitigate such issues and what are the needed tools to address these kinds of issues. It was then decided to initiate a program on SGBV Prevention and Response. In order for that to happen, proper guidelines were necessary as a means to approach the issue and this led to the development of CTA’s guidelines for Prevention, Prohibition, and Redressal of SGBV. We started working on the publication of the book in 2018 and within a span of 2 years, we have held two major meetings with a maximum number of participants. The recommendations received during those meetings are recorded in this guideline.

Tibet TV: When we talk about women empowerment there is a tendency to assume that the concept entails only women without any participation of the men. For instance, is your SGBV guidelines targeted toward a specific gender?

Tenzin Tsetan (WED): No, our guidelines is not gender-specific as it recognises and addresses the issues of all gender identities. Our primary focus in this guideline is on sexual abuse, assault, and violence. The guidelines have four parts and the first part identifies the definition and types of sexual violence. Sexual violence includes but not limited to women as commonly perceived. Sexual violence could happen to any gender identity, sexual orientation, and age.

We at the WED are guided by four principles in our commitment. Our primary focus is to direct our services to the victims and survivors of gender-based violence. Our second approach is the rights-based approach which means defending the social rights of all gender identities. Thirdly, we focus on the inclusivity of all irrespective of gender identity, sexual orientation, and age, etc. And the fourth focus is to focus on building and strengthening the capacity of those working in the field. The guideline also establishes a redressal mechanism for those who have experienced gender-based harassment and discrimination. The guideline also includes awareness and knowledge on preventive measures against SGBV.

Tibet TV: How do you plan to achieve WED’s goal and future plans through the guidelines?

Tenzin Tsetan (WED): Through the publication of SGBV guidelines, we hope to achieve three goals. First, to stop SGBV related issues from happening in the first place. To provide all the necessary support and help to the existing problems. Secondly, to provide for the needs of the survivors and victims of the violence. Third, to ensure such issues receive serious attention. In order to eliminate these types of violence in the community, it is imperative to ensure an enabling environment.

Tenzin Tsetan (WED): As of now, under the leadership of CTA, we have adopted a zero-tolerance policy for SGBV incidents in the community. We have formulated the guidelines in accordance with the legal guidelines of the Indian government. As per the sexual violence law in India, any sort of assault and sexual force against women will be treated a crime, and therefore if any such incident happens in the community, it will be legally tried for criminal cases.

For instance, India has implemented the Protection of Children from Sexual Offences Act 2012 (POCSO) which mandates special courts for trial of such offences. As such, the schools in India are directed to mandatorily create and implement a Child Protection Policy. Likewise, the Tibetans schools under the Department of Education has opted to implement the policy in the schools.

India has also enacted a law on the prevention of sexual harassment of women in the workplace. This law mandates that any workplace having 10 or more women must have an internal complaints committee to redress the complaints of the victims. As such, WED had notified all the departments of CTA to take similar measures and presently, all the departments have their own internal complaints committee to address harassment issues of any kind at work place. Likewise, there are laws on domestic violence acts, etc.

Tibet TV: Around March-end, WED, and Tibetan Women Association (TWA) has launched the Tibetan Women Helpline service. Was the initiative a part of the SGBV guideline?

Tenzin Tsetan (WED): Yes, there is a close association between both the initiatives of the helpline program and the publication of guidelines on SGBV. The helpline service program is a part of CTA’s zero-tolerance policy of SGBV in the Tibetan community. Since SGBV related issues are mostly sensitive therefore the helpline ensures the safety and security of the victims and vulnerable group of people both in the public and private spaces through referral by linking them with appropriate authorities such as Police, Hospital, legal, etc. from a uniform phone number.

Since we have published the guidelines, our next step is to establish committees for a coordinated approach. 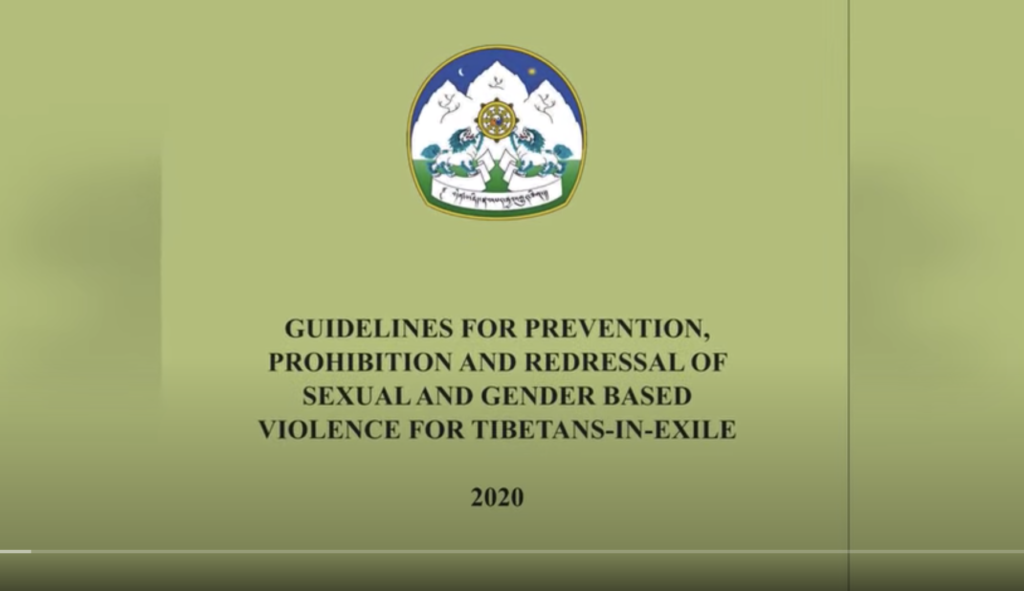 CTA’s official guidelines for Prevention, Prohibition, and Redressal of Sexual and Gender-Based Violence (SGBV) for the Tibetans in exile.