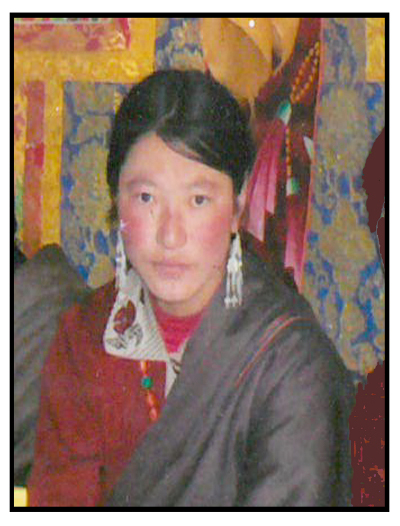 DHARAMSHALA: Eight Tibetans from Meruma, Ngaba county, (incorporated into China’s Sichuan Province) were sentenced to five years in prison by the Ngaba intermediate people’s court for their alleged involvement in Kunchok Tseten’s self-immolation protest last year. The court passed the verdict on 4 October.

Dolma Tso from Meruma, along with 20 other Tibetans were arrested by Chinese authorities on 3 December last year. They were accused of instigating Kunchok Tseten to self-immolate at Serde village last year.

Although some of them were released later, ten people have been kept in detention for eleven months including Dolma Tso. They were forced to undergo sever torture and beatings during their detention.

At a press conference organised by the Gu-Chu-Sum movement at Mcleod Ganj yesterday, Kungam, brother of Dolma Tso, told media persons that Dolma Tso’s generosity and kind nature led her to lift the charred body of Kuchchok Tsesten into the vehicle after his self-immolation. This simple humanitarian act have been twisted to fit the politically motivated charges of the Chinese government, he said.

Dolma Tso reportedly explained in protest to Chinese authorities that she was not involved in the self-immolation.  “I haven’t murdered Kunchok Tseten. He died out of self-immolation. When I came to pick his body up, he was already dead. I have simply lifted his body up and put it into the vehicle. I haven’t committed any murder at all. At the time, I was the only person there. As I have told you during months of interrogation that you subjected me to, I don’t want to change my statement,” Kungam said, quoting Dolma Tso.