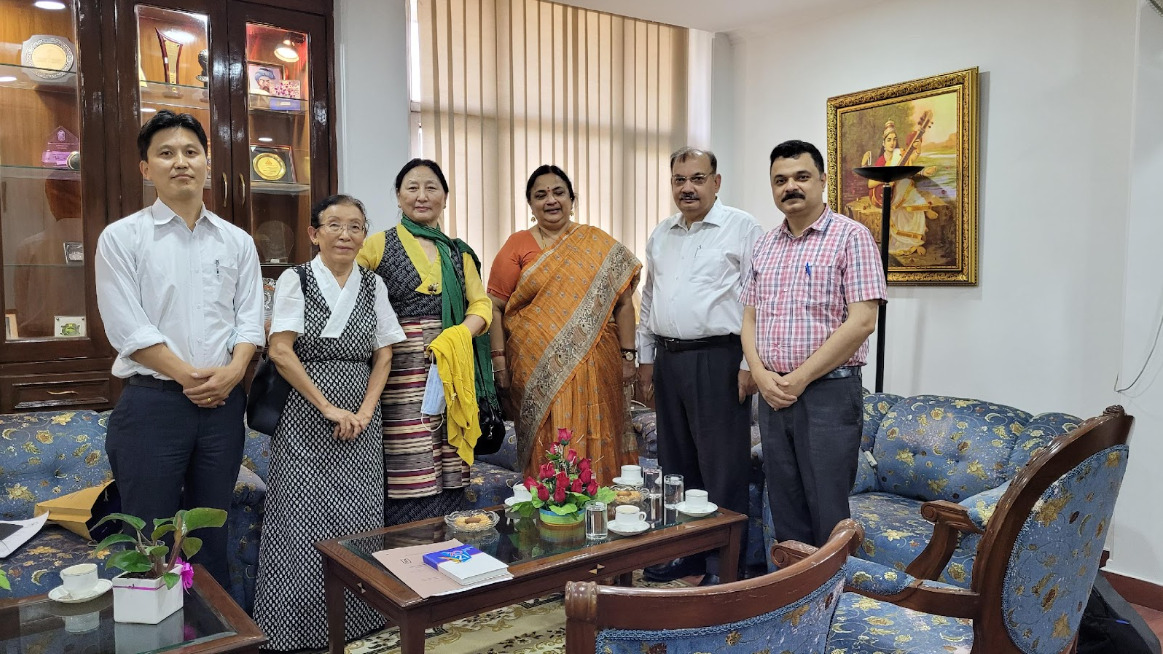 Education Kalon and Secretary with Prof. Santishree D Pandit and other administrators of JNU.

During the interaction with Vice-Chancellor, the two apprised problems faced by Tibetan students in JNU after the fee hike while also informing the administrators about Tibetan graduates from the university working at various organisations, including JNU itself, various departments in CTA, and organisations in foreign countries.

Besides, Education Kalon and Secretary, along with the director of Sambhota schools, visited Commissioner Nidhi Pandey, IIS of Kendriya Vidyalaya Sangathan (KVS) and her colleagues to discuss the acquiring of funds for Tibetan schools previously under CTSA on 27 April. They also conversed about making agreements between the two institutions. 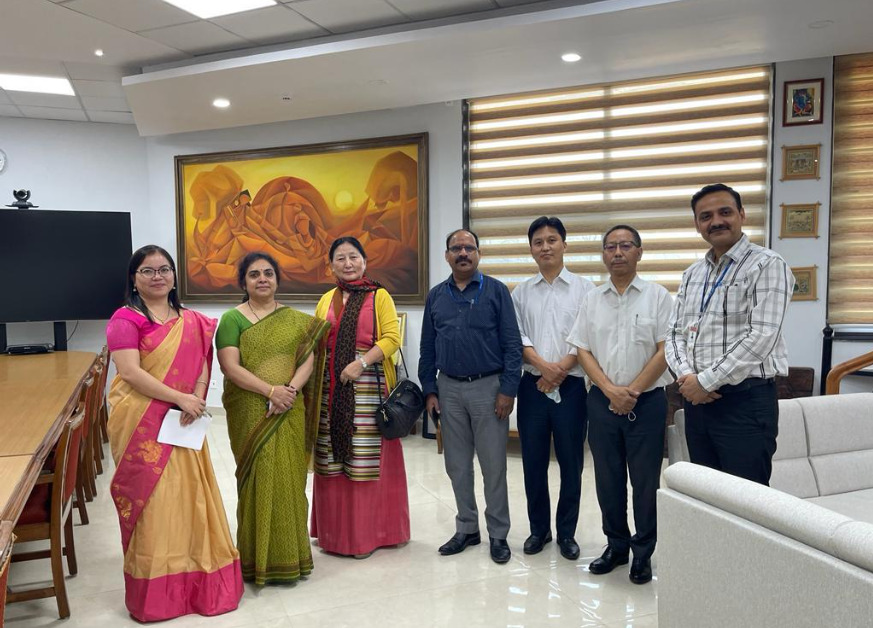 With Commissioner Nidhi Pandey, IIS and her colleagues.