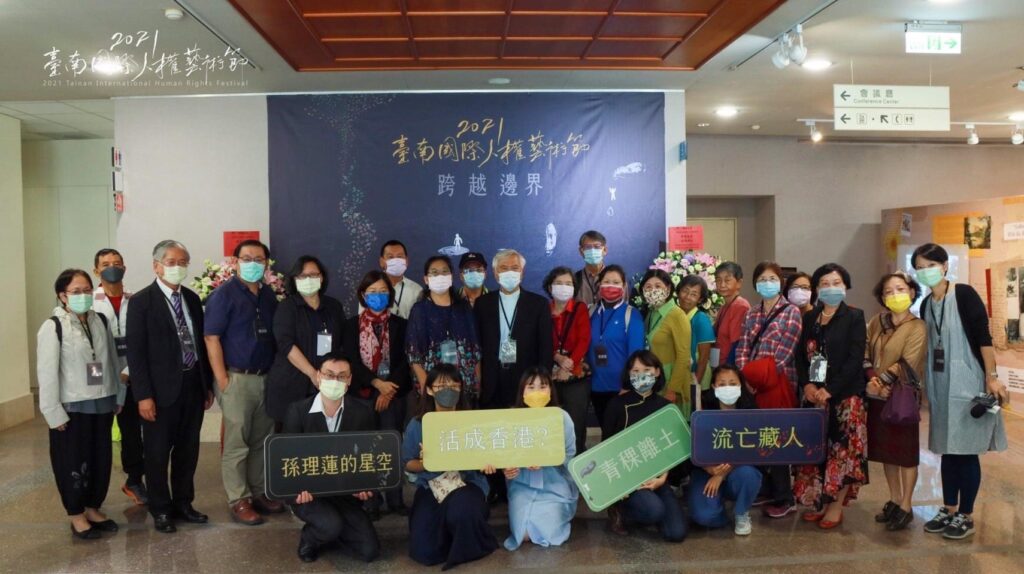 Taipei: On November 14-15, 2021, National Cheng Kung University, along with the National Museum of Human Rights, successfully concluded two months “Taiwan International Human Rights Art Festival”. This year marks the program’s third anniversary. The Humanities and Social Science Research Centre of the National Cheng Kung University and Art Centre shares key responsibility in organizing the program. The theme of this year’s festival is the “Crossing Border”, and programs invited several prominent artists, scholars, and experts across the globe to bring awareness and discussion about human rights issues. 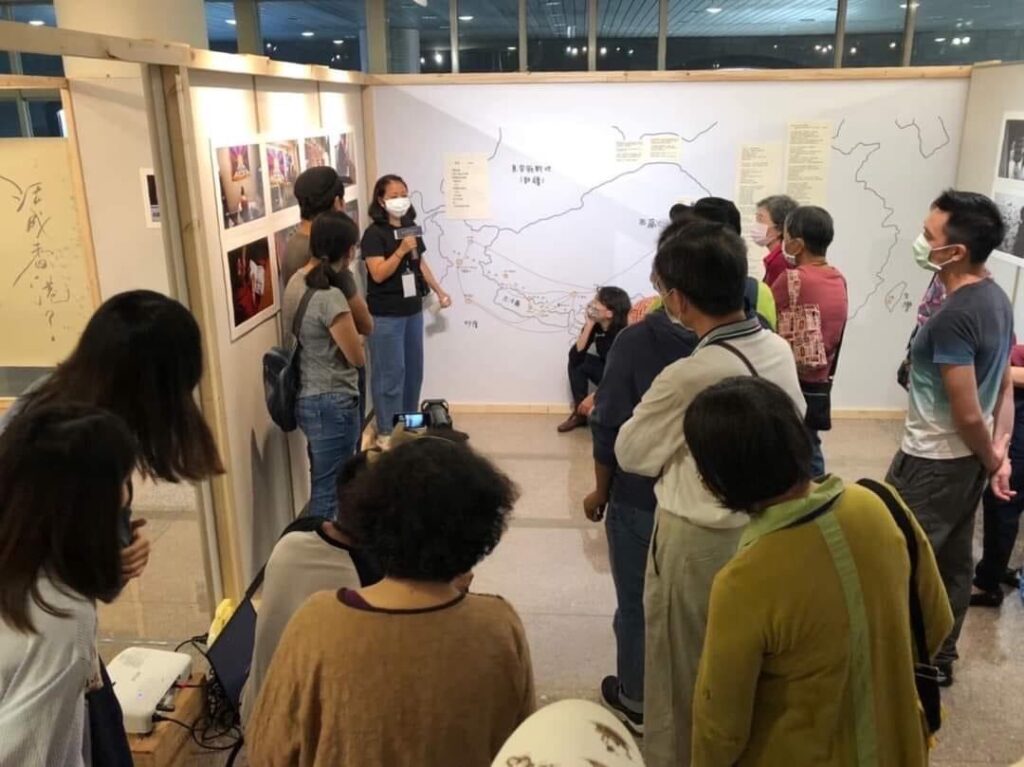 Ms Dolma Tsering creating awareness to the spectators during the exhibition

Ms Dolma Tsering, a stateless Tibetan who enrolled as a Post-Doctoral Fellow with the University and Ms Chiu Tsungyi, an Independent documentary filmmaker, highlighted the human rights issue in Tibet and exiled Tibetans in India. Ms Chiu Tsungyi adopted several creative mechanisms, including a photo exhibition, a documentary movie, and a lyrical poem to give a comprehensive idea and awareness about exiled Tibetans in India. A filmmaker also exhibited a map including the geography of Taiwan, Tibet to India and drew some possible routes of exile so that Taiwan audiences can have a more detailed understanding of geography and create a sense of connection with exiled Tibetans. Ms Tsungyi, who has long been associated with the Tibet cause, said that she had such a comprehensive exhibition plus presentation to reach out to those who are not aware and concerned about the “issue of exiled Tibetan”. She also invited a famous poet Gelek Nyima (Pen Name: Kyid Se), to share his poem and discuss the true story of an exile.
Ms Dolma Tsering speaks about born stateless Tibetan in India. Like Dolma, many second and third-generation Tibetans in India are born stateless after their parents were forced to flee Tibet because of the Chinese occupation. However, even though many of them have not seen Tibet, they still hope and dream to go back to Tibet one day.
Besides the Tibet issue, the forum also discussed the human rights issues of Hong Kong.
-Report filed by OoT Taiwan 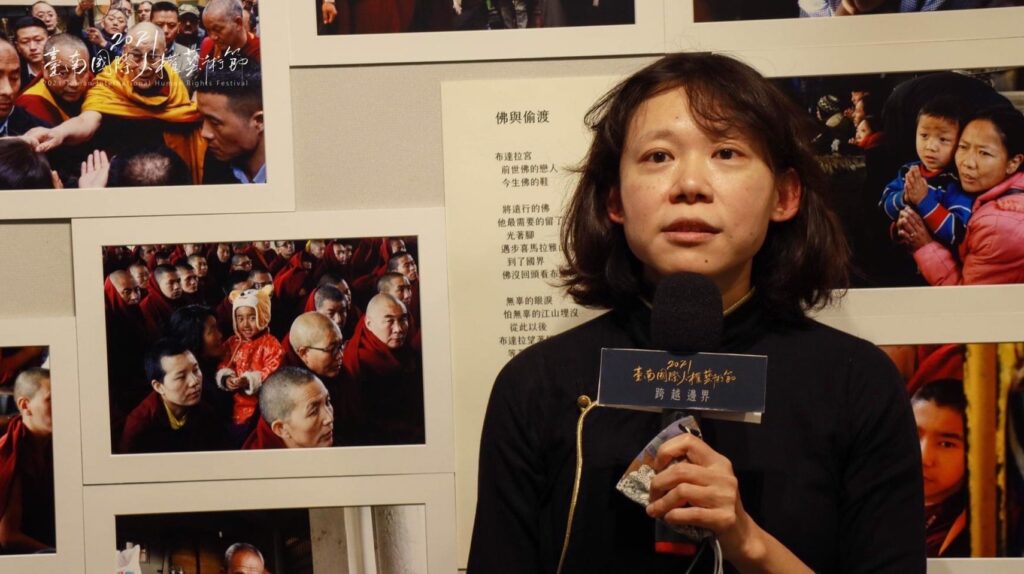 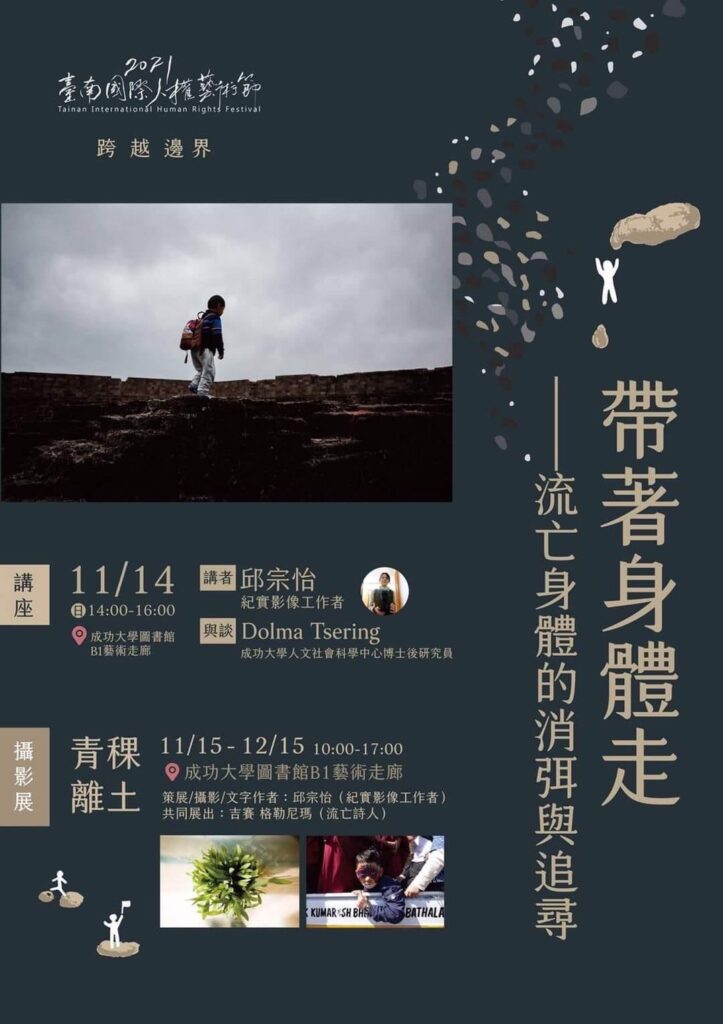