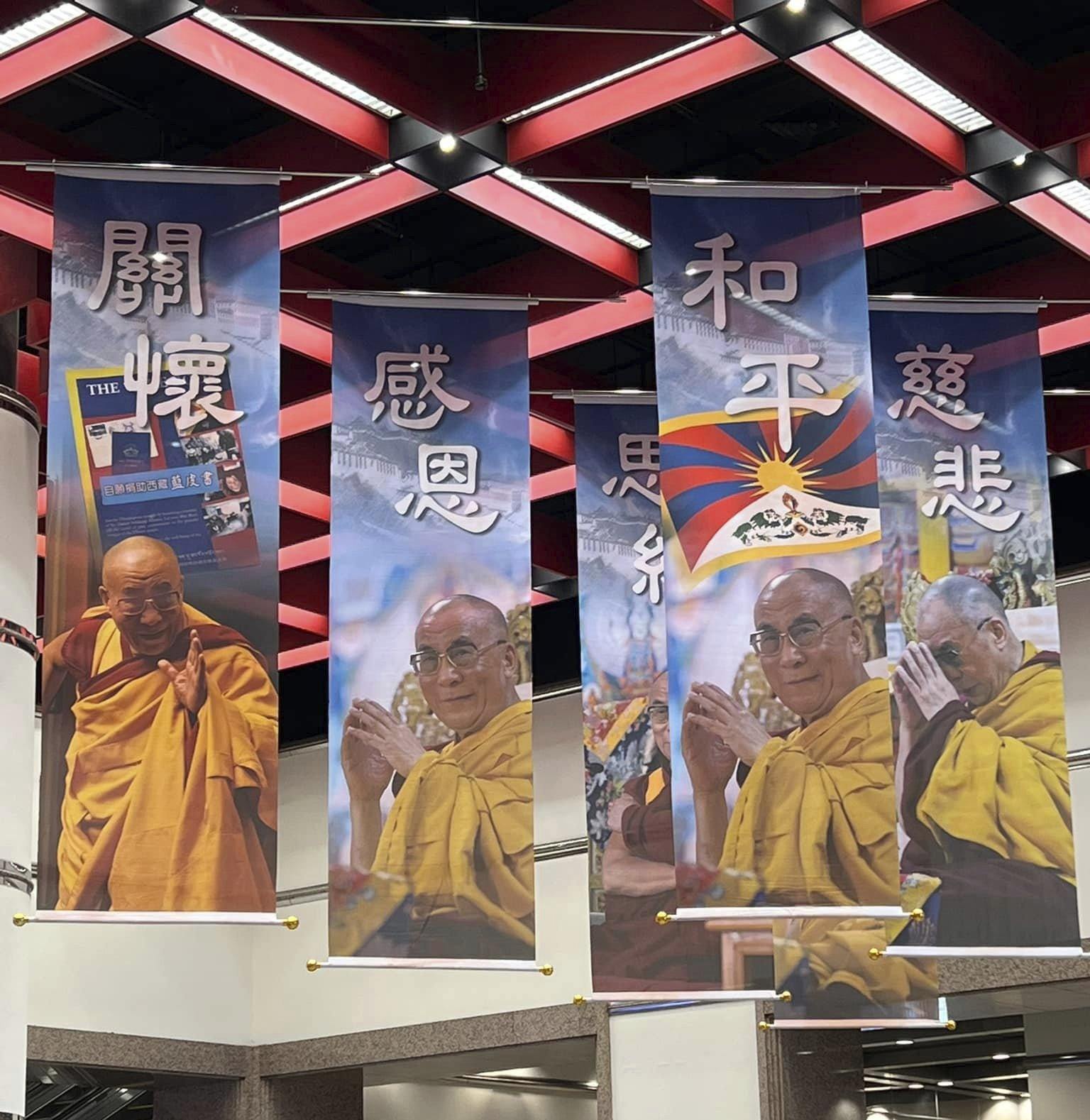 Dharamshala: His Holiness the Dalai Lama virtually graced the celebration of his 87th birthday commemorated by devotees in Taiwan this morning.

The celebration was joined by Deputy Mayor of Taipei city, Huang Shen Shen who extended birthday wishes to His Holiness before he delivered short teaching to the devotees.

His Holiness thanked the Taiwanese devotees for hosting the celebration in his honour and said, “I am a simple Buddhist monk committed to following Buddha dharma in the pursuit of spreading love and compassion worldwide”. He further expressed an unyielding commitment to serve sentient beings and dispel the miseries of the world as he quoted an excerpt from his daily prayers explaining the stimulus and strength he derives from the prayers.

“In this life, I was born as a Tibetan in a small village in Amdo province.  I will choose to reincarnate in a place where there is a greater need for my service. There is no doubt about that. I am quite certain that I will live for another 20-30 years at minimum to serve and give spiritual guidance to the Tibetan people. As my spiritual friends, I ask you to practise compassion in action ” said His Holiness and added convincingly that the spiritual bond shared between him and his spiritual friends in this life will continue to remain in many lives to come.

Following His Holiness’s virtual address, a preview of Finding Happiness was telecast to the gathering and His Holiness spoke a few words on the creation of the movie with his late spiritual brother Desmond Tutu who passed away in December last year.

“Finding Happiness is a movie project made together with my late spiritual friend Desmond Tutu intended to promote religious harmony and what contribution can religious figures make in creating religious harmony. All religious traditions unequivocally deliver same message although their approaches differ” added His Holiness while expressing his deep respect for the late Archbishop.

A song honouring mother was dedicated to His Holiness following which the organisers donated 8 medical ambulances to Yunlin county in southern Taiwan in honour of His Holiness’s 87th birthday. 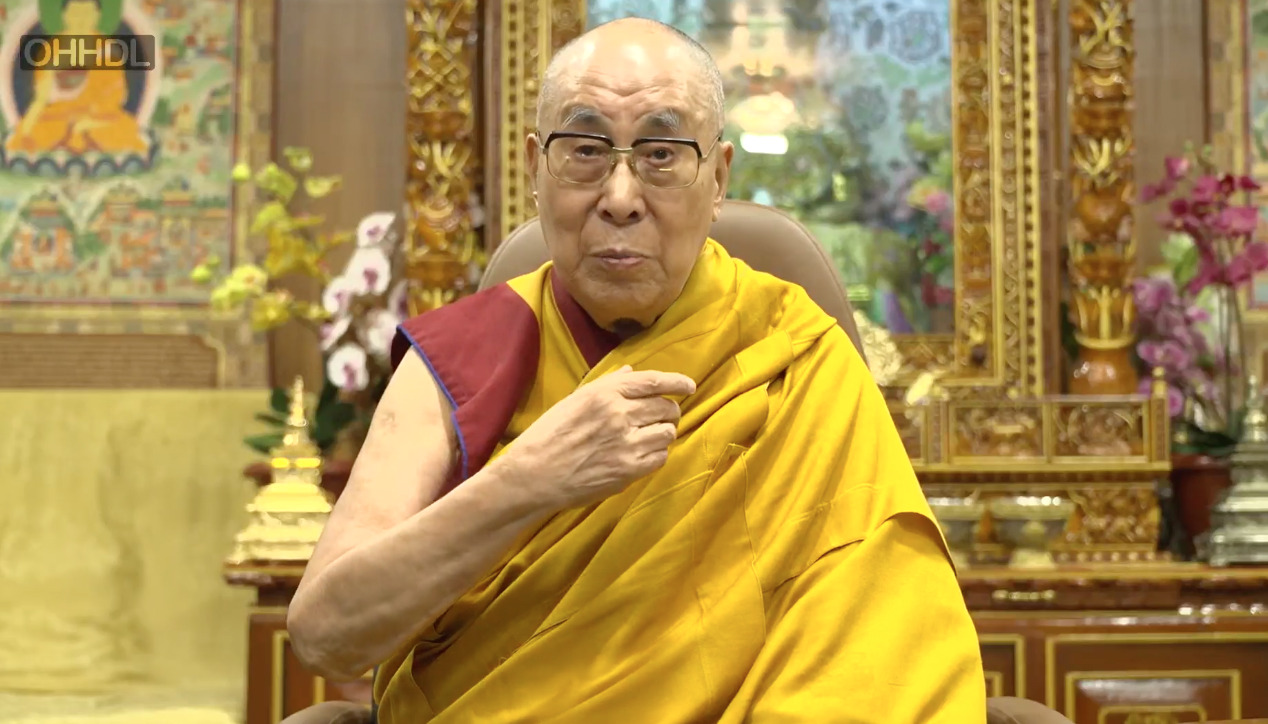 His Holiness the Dalai Lama virtually addressing the devotees in Taiwan. 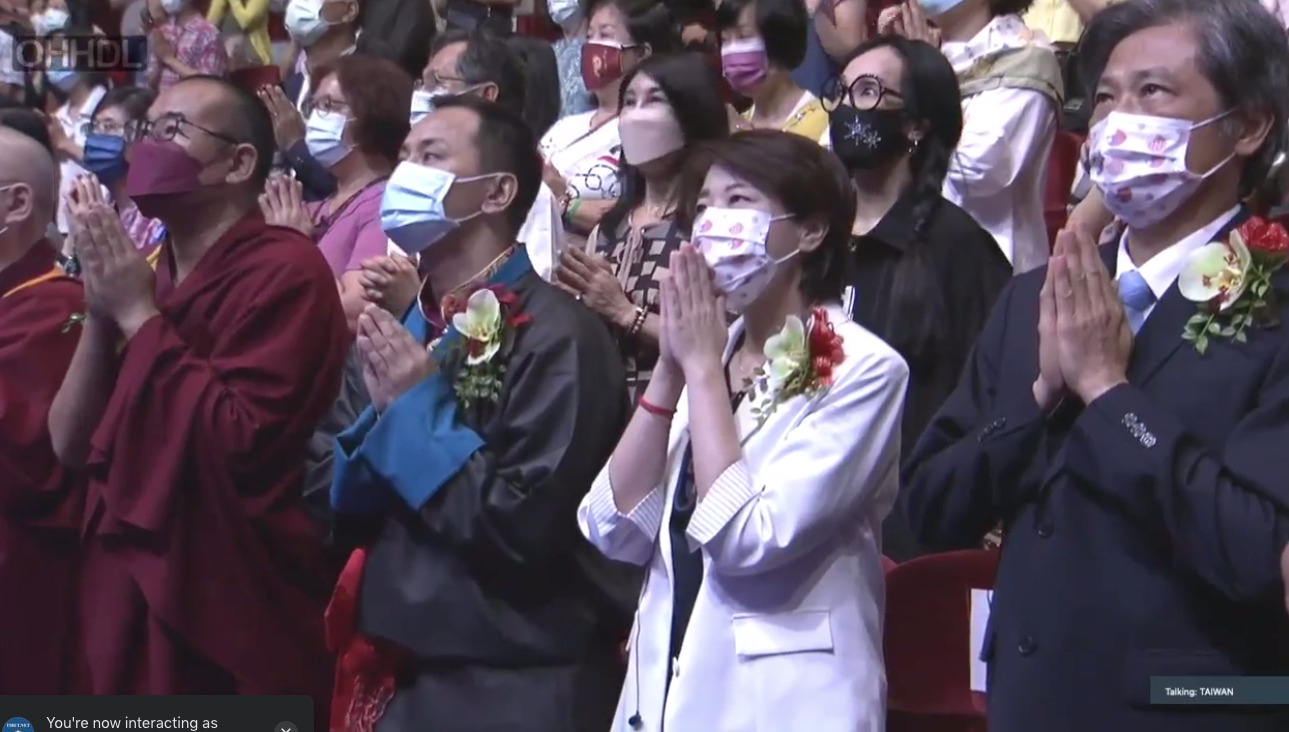 Devotees in Taiwan greet His Holiness the Dalai Lama as he virtually addressed them. 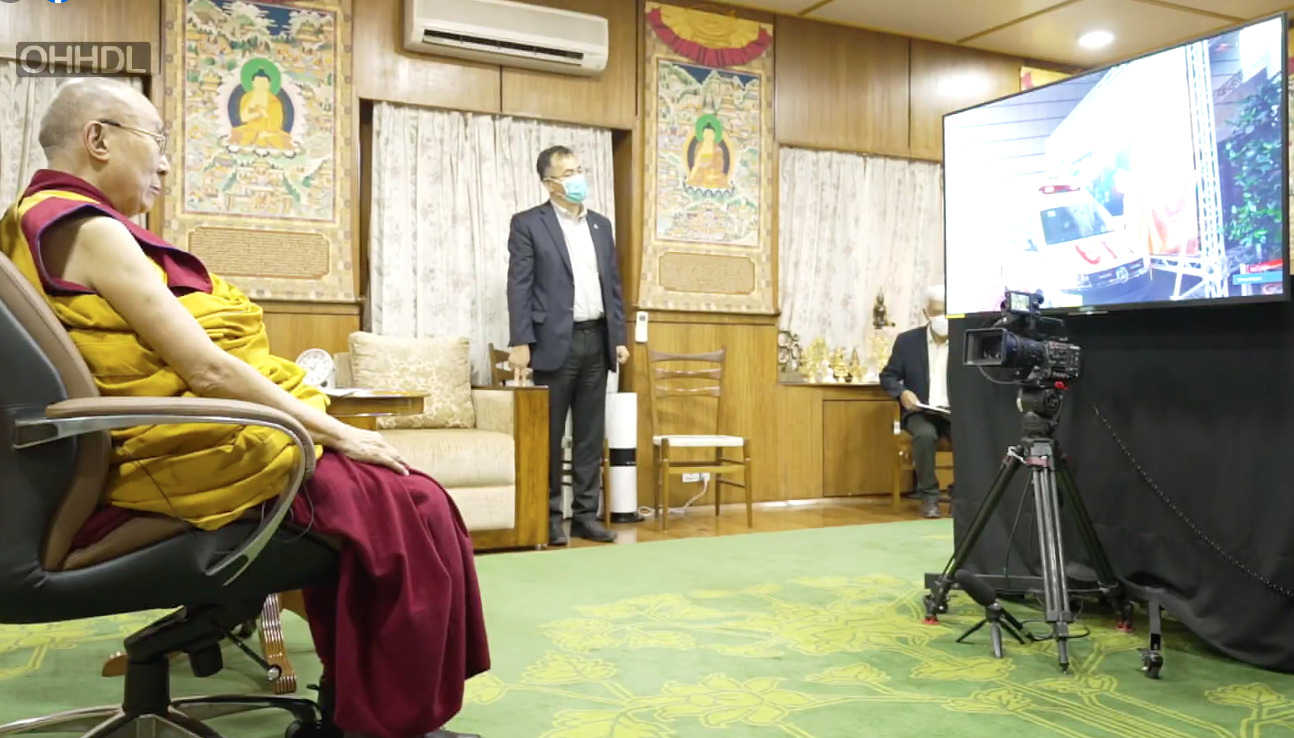 His Holiness virtually attends the celebration of his 87th birthday observed by Taiwanese devotees in Taiwan. 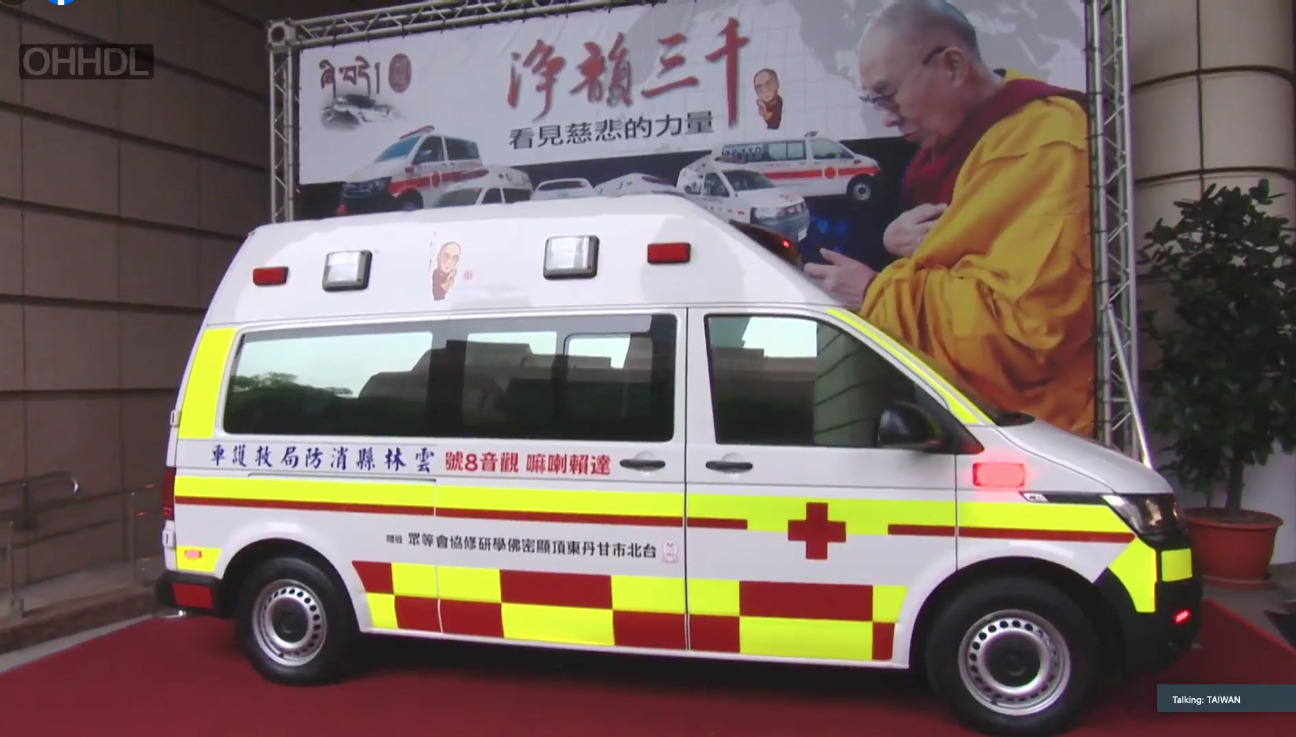 Ambulance donated in honour of His Holiness the Dalai Lama’s 87th birth anniversary.