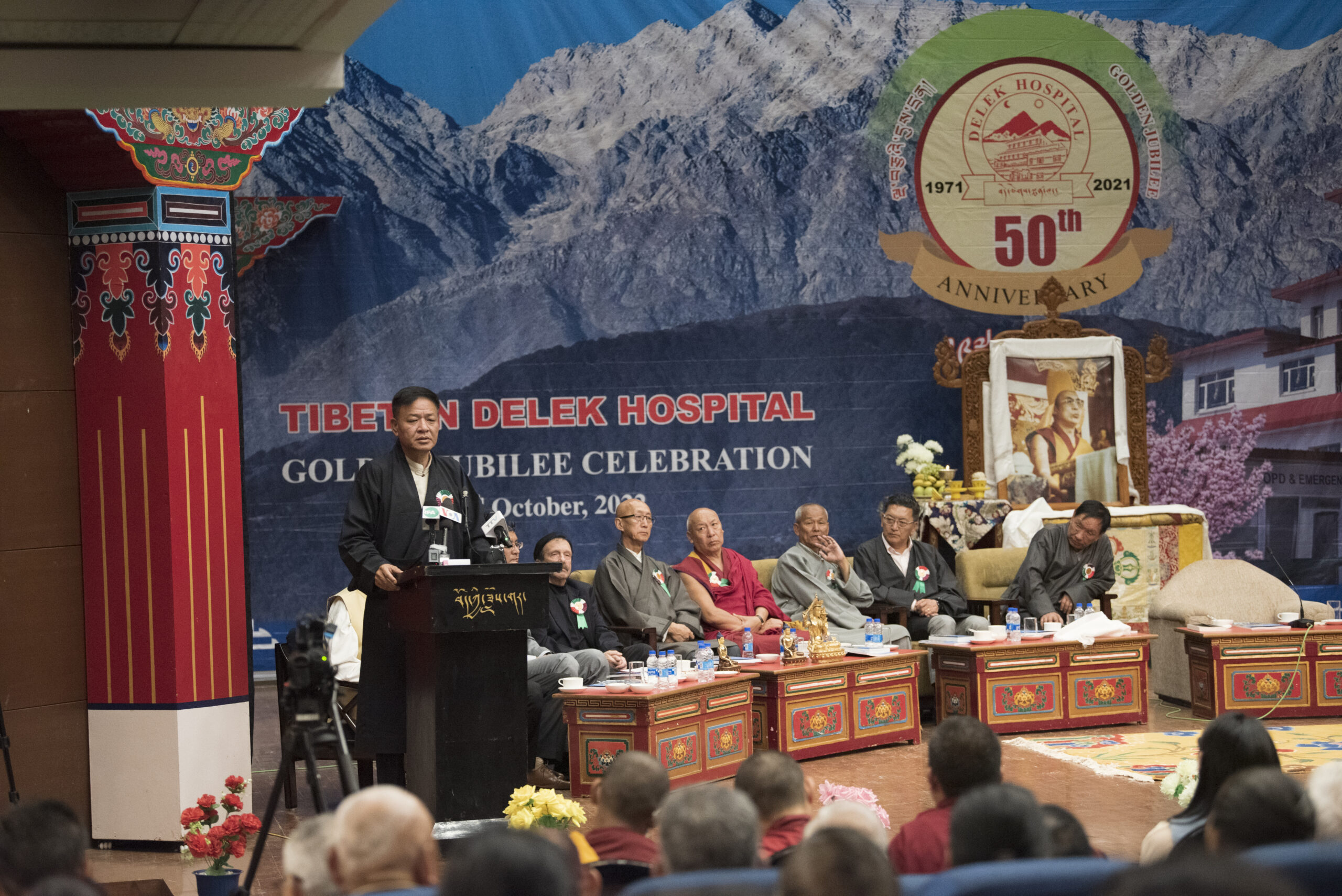 Dharamshala:  Sikyong Penpa Tsering today presides over a special program to mark the Golden Jubilee celebration of Delek Hospital and to honour the personal physician of His Holiness the Dalai Lama and chief medical officer Dr Tsetan Sadutsang’s completion of  40 years of service at the hospital.

In his address, Sikyong Penpa Tsering highlighted the daunting task of the establishment of the hospital during its initial years when the Tibetan community was still in the early days of road-building and clearing of forests to set up settlement. As per the medical needs of those time, the primary health care centre was set up and successive administrators ran the hospital. Sikyong credited the combined effort of each and every staff for the success of the hospital. Hailing the determination of Dr Tsetan for returning to India to serve the community, Sikyong stressed that individual determination was crucial in serving the public. Likewise, he called the medical profession the most important as it provides relief from sickness and suffering, one of the harder parts of living. Furthermore, he thanked the donors without whom the hospital could not function.

Speaker Ven Sonam Tenphel hailed the progress that the hospital had made in the fifty years through the blessings of His Holiness the Dalai Lama. He emphasised the importance of compassion in patient care as hospitals have become more of a business-making enterprise. In the light of the same, he called upon the healthcare workers to inculcate compassion in treatment as per the wishes of His Holiness the Dalai Lama.

Chief administrator Dawa Phunkyi of Delek hospital shared the report of the outreach activities of the hospital besides their day-to-day functioning.

The history of the hospital titled “50 years of contribution to science and health” was inaugurated on the occasion followed by felicitation of Dr Tsetan and some long-serving staff of the hospital. 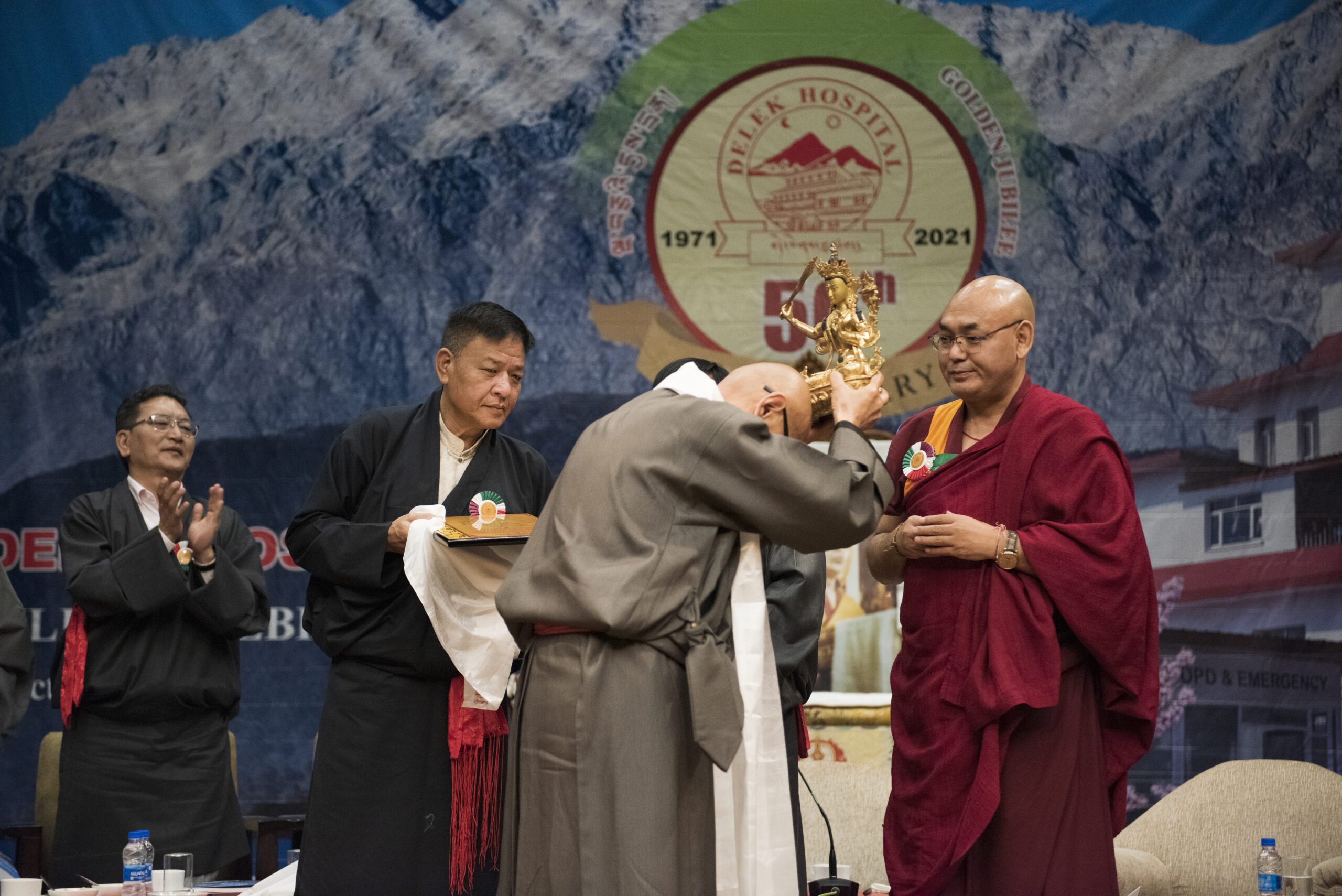 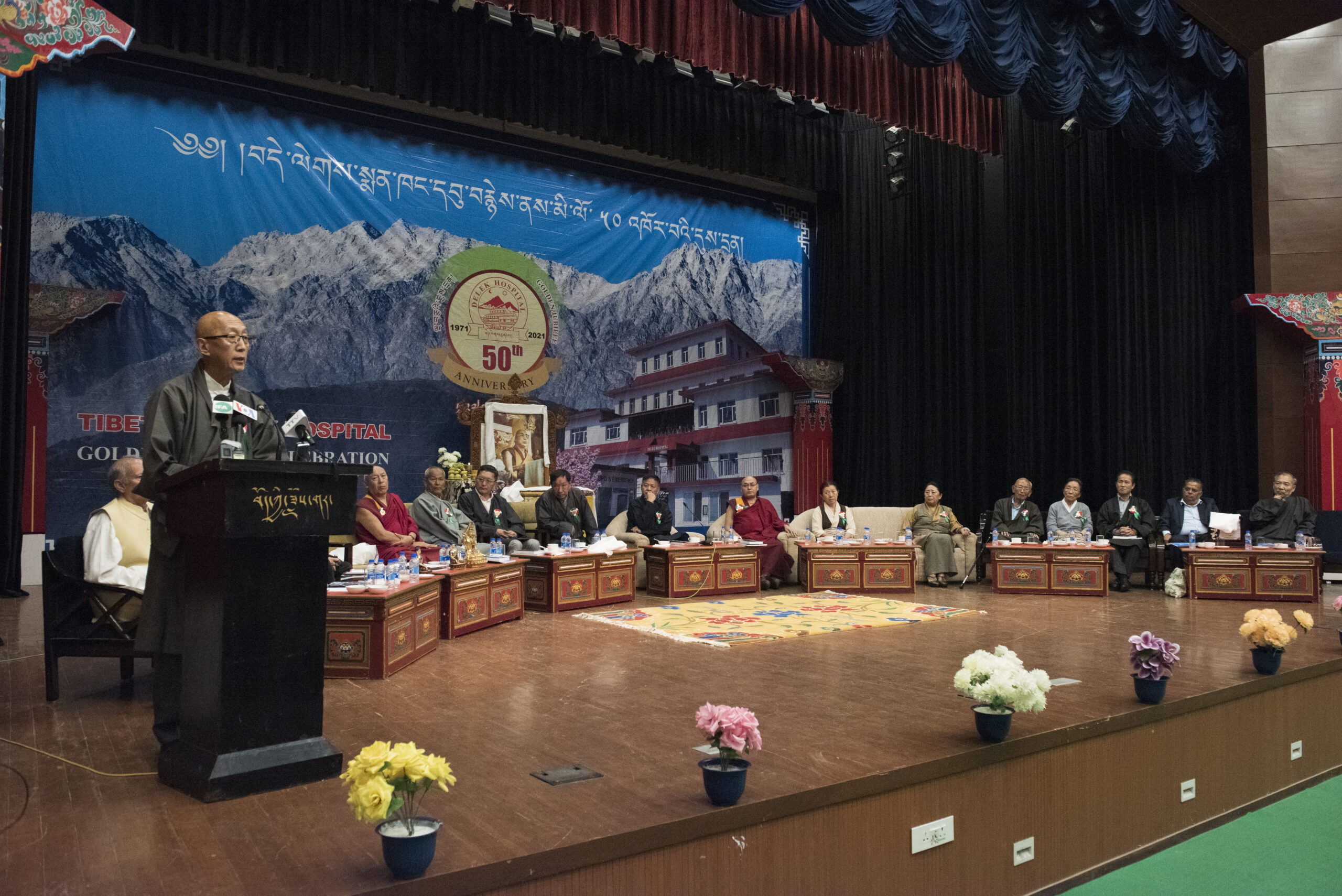 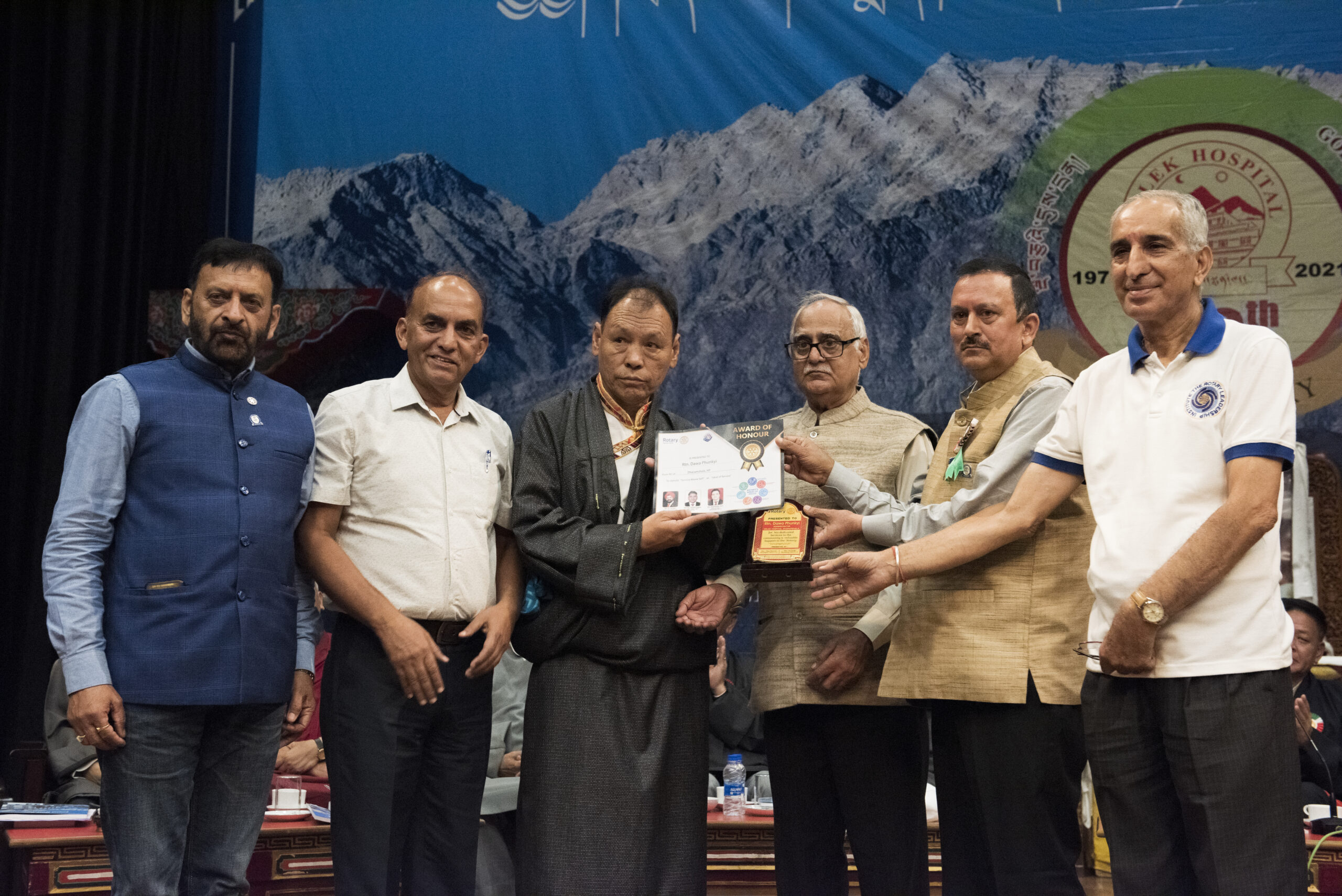 Group photo of Delek hospital staff with the dignitaries.