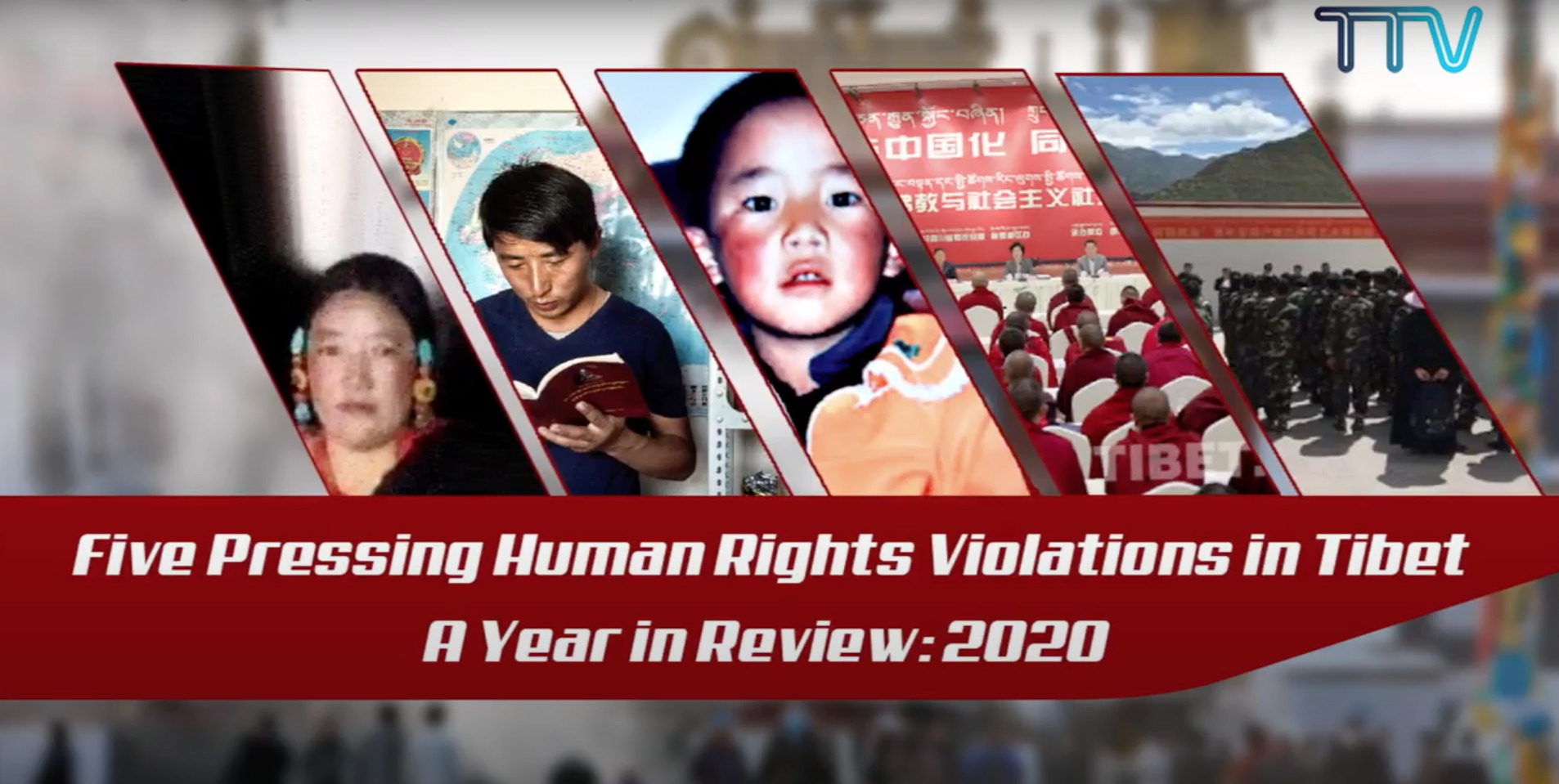 Dharamshala: As the 46th regular session of the UN Human Rights Council begins, the UN, EU and Human Rights Desk of the Department of Information and International Relations (DIIR), Central Tibetan Administration (CTA), has released a short video highlighting the gravest human rights violations in Tibet in 2020.

Repression of religious freedom continued to be one of the top concerns in China’s human rights violations in Tibet. Though the Chinese constitution stipulates, “Citizens of the PRC enjoy the freedom of religious belief” but the citizens have very limited rights to protect their religious practice. Authorities in Tibetan areas of China also enforced restrictions on religious observance and expressions of faith, including prohibiting individuals from participating in religious events or celebrating holidays.

In 2020, there were at least 30 known cases of Tibetans detained, arrested, sentenced. What was more alarming was the continued use of torture and ill-treatment of Tibetans while in Chinese custody. Unfortunately, six Tibetans died due to torture, or prolonged torture injuries sustained while imprisoned in the year.

Racial discrimination against Tibetans is a systematic and common practice in China-occupied Tibet. The Chinese government has barred Tibetans who have been involved in “ethnic separatist activities” from applying to job recruitments.

The revelation of over half a million Tibetans in Labour camps forced to undergo a strict and military-style regime under the so-called “Poverty Alleviation” program by Dr Adrian Zenz was another massive news of 2020. As implicated in Dr. Zenz’s findings, Tibet is fast becoming the next Xinjiang. Nearly 50,000 Tibetans were assigned to low-paid jobs in TAR and a few thousand in Chinese areas. These Chinese policies are made to promote long term loss of Tibetan linguistic, cultural, and spiritual heritage.