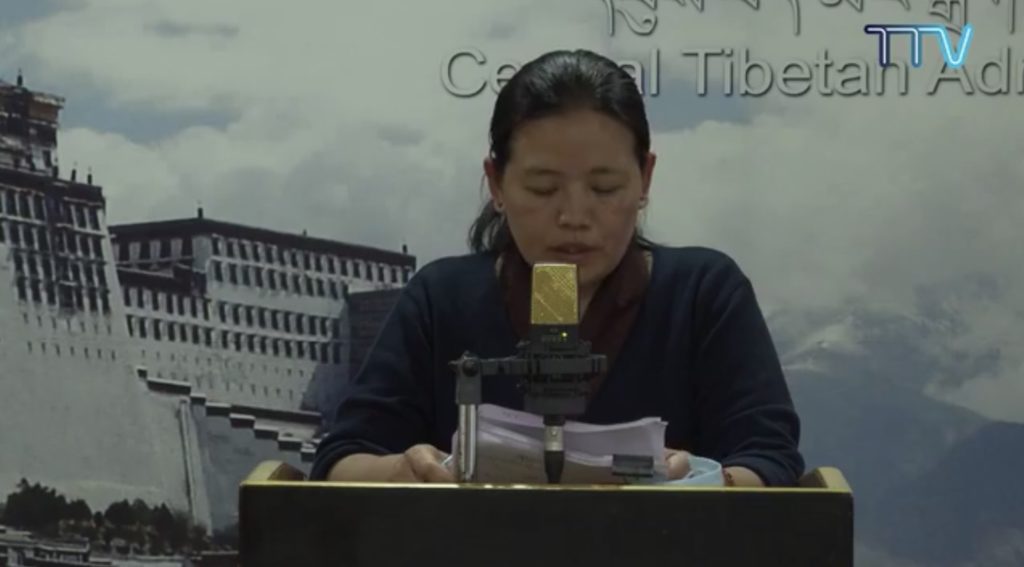 Dharamshala:  Dr. Tsering Tsamchoe and Dr. Tenzin Namdon briefed the weekly CTA Task Force conference on COVID-19 today and talked on the status of active cases worldwide and particularly in the Tibetan community and the response measures being taken.

Dr. Tsamchoe highlighted 5 key points- the global status of COVID-19; the situation of Tibetans dealing with coronavirus in exile (India, Nepal, Bhutan) and abroad; weekly activities and programs initiated by the Task Force Committee and sub-committees; latest official announcements from the Govt. of India; a special reminder and appeal to the public.

As for the coronavirus cases globally, Dr Tsamchoe informed that a total of 4,801,202 active cases are confirmed in more than 216 countries and 318953 are reported deaths.

The status across India, a total of 63624 active cases are confirmed, Maharashtra being the highest number of active cases followed by Tamil Nadu, and Gujarat. A total of 34035 are reported death while 45299 have been recovered.

For the situation abroad particularly in New York, it being the epicenter of the pandemic in the country, Dr. Tsamchoe pointed out that the situation has relatively improved and the country has begun to show signs of controlling the crisis.

As for the activities and programs conducted by the committee and respective settlements in India include routine screening for fever and related symptoms of coronavirus. In Dharamshala, Dr. Tsamchoe noted that a total of 2648 have been screened this week and so far no fresh cases have been reported.

Likewise, under the leadership of the respective settlement offices, door-to-door screening was done on 34269 people. And so far, the Tibetan medicinal pills were distributed to 26 settlements in India.

“We are making an effort to proceed with the distribution to rest of the Tibetan community in Nepal, Bhutan and abroad once the airline services in India reopen” said Dr. Tsamchoe.

As per CTA’s call for volunteers to fight against COVID-19, a total of 82 people have volunteered that includes drivers and health care workers.

The Tibetan settlements in exile, as per the directives issued by CTA’s task force committee conducts routine settlement-wide sanitisation among other precautionary measures. 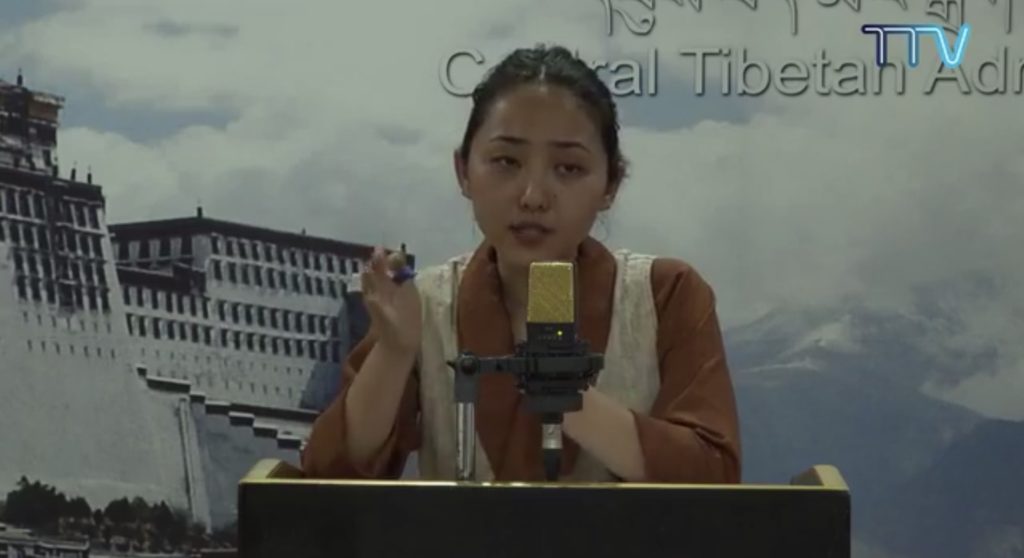 Dr Tenzin Namdol explained briefly about permitted activities and those that are prohibited in the 4th lockdown valid till May 31. She shared that states are abiding by the center on prohibited activities. She explained that while the center had the authority in the previous phases, in the 4th phase of the lockdown the states have the final authority. Therefore, lockdown norms might differ from state to state and between districts. Based on the number of cases, regions are divided into red, green, and orange zones with red as high risk, green as no risk, and orange as moderate risk.

These zones are further divided based on the potential risk, as positive cases do not spring up uniformly across zones. So those with higher cases within the zones are established containment zones, where the residents are not allowed to step out of their house except for medical treatment and food supplies. There are 2 doors- an exit and entryway which are secured by guards and the government send concerned officials to every house, to note down residents’ names, take thermal readings, symptoms or lack thereof and those suspected are tested for COVID-19. Additionally, confirmed COVID-19 positive individual’s contacts are investigated, to contain the further spread, a method called contact-tracing.

Outside containment zones are buffer zones which as the name suggests act as a buffer between containment and no risk zones. Considering the status of buffer zones important, the government monitors the pandemic situation, directing local hospitals to take tests, and if suspected cases arise, immediately conduct COVID-19 tests.

In general, metros are prohibited, and flights, except for carrying critical patients and delivering medical supplies, international and domestic travel are prohibited. Schools, colleges, coaching centers are closed, along with hotels. Restaurants are allowed to open, with only take-away options. Similarly, cinema halls, malls, gyms, swimming pools, public parks, auditoriums are closed. Sports complex, stadiums are allowed to open without an audience. Gathering of any kind, religious, or political is prohibited.

The center has declared a 7pm-7am curfew which is applicable based on the severity of the situation in an individual region, with the state given the final authority in the matter. The government has appealed to citizens to install the Arogya Setu app for safety.

Statewise, Karnataka with a large Tibetan population, plying of buses within state is allowed, interstate movement depends on consent from concerned states. In districts, based on a number of cases, vehicular movement is permitted or prohibited. Salons are allowed to open, public parks are allowed to open within set timings.

In Himachal Pradesh, specifically Kangra, movement is allowed between 7 am to 2 pm, with 5.30 am to 7 am set for morning walks. Shops and markets are open during 7 are to 2 pm timing. Courier services and e-commerce allowed. Government and private offices are allowed to open within normal timings. Similarly, banks, post offices, factories, construction work, farming work are allowed within normal timings. Carrier vehicles are allowed to ply, petrol pumps are open.

Private transport is allowed to ply for the commute to work without a pass. Also, private transport outside 7am to 2 pm timing is restricted with the requirement of a travel pass for urgent matters.