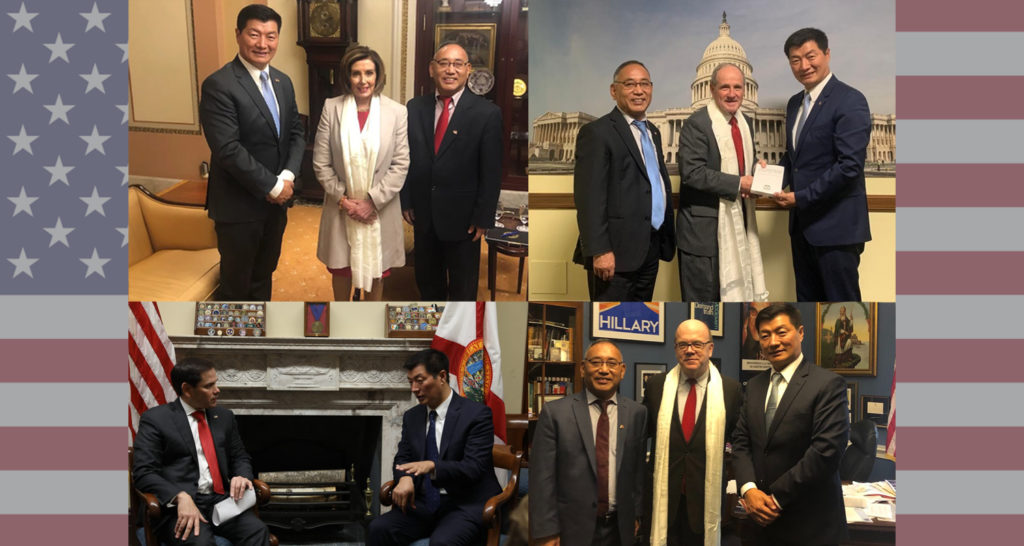 Washington, DC: The Tibetan Policy and Support Act of 2020 (TPSA), which had been stuck at the United States Senate Foreign Relations Committee since May 2020, was unanimously passed earlier today.

It is a historic achievement for the Tibetan movement as the TPSA makes it official United States policy that decisions regarding the reincarnation of the Dalai Lama are exclusively within the authority of the current Dalai Lama, Tibetan Buddhist leaders and the Tibetan people. Any interference by Chinese government officials will be met with serious sanctions and be deemed inadmissible into the United States.

Sikyong Dr. Lobsang Sangay, the President of the Central Tibetan Administration (CTA), left Dharamsala and came to the US back in November, with the sole purpose to push the bill. President Sangay has been in the capital city with the Office of Tibet, Washington, D.C., the past few days for the final passage of TPSA.

“By passing the TPSA, Congress has sent its message loud and clear that Tibet remains a priority for the United States and that it will continue its steadfast support for His Holiness the Dalai Lama and the CTA,” says President Sangay. “It is a momentous landmark for the Tibetan people.”

The bipartisan bill commends His Holiness the Dalai Lama for his decision to implement democratic governance and also commends the Tibetan exile community for successfully adopting a system of self-governance with democratic institutions to choose their leaders.

In addition, it formally acknowledges the CTA as the legitimate institution reflecting the aspirations of the Tibetan diaspora around the world and the Sikyong as the President of the CTA. 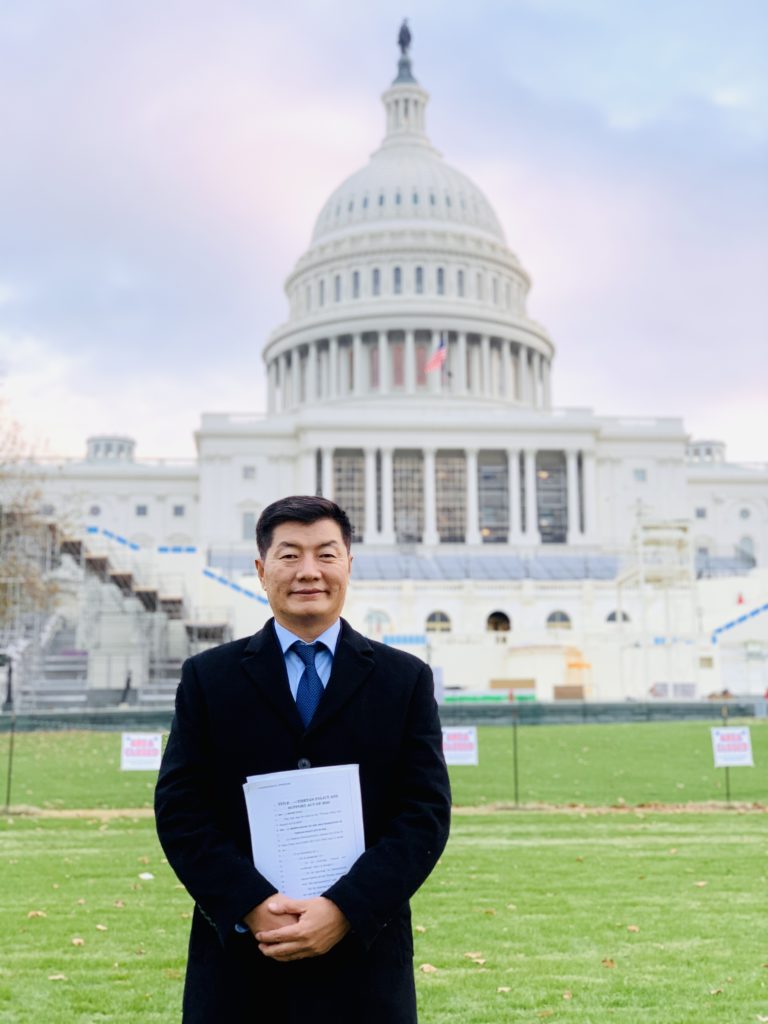 Sikyong Dr Lobsang Sangay, President of Central Tibetan Administration holding the draft of the bill infront of the US Congress.

The TPSA also introduces new key provisions aimed at protecting the environment and water resources on the Tibetan plateau. It recognizes the importance of traditional Tibetan grassland stewardship in mitigating the negative effects of climate change in the region as opposed to the Chinese government’s forced resettlement of the Tibetan nomads. In addition, it calls for greater international cooperation to monitor the environment on the Tibetan plateau.

American citizens and companies engaged in business activities in Tibet are encouraged to practice corporate social responsibility and to adhere to the UN Guiding Principles on Business and Human Rights.

Built on the landmark Tibetan Policy Act of 2002, the TPSA was introduced to the Congress by the Chairman of the Congressional China Commission and Tom Lantos Human Rights Commission, Rep. Jim McGovern (D-Mass.), and Senator Marco Rubio (R-Fla.).

The President expressed his gratitude to the key sponsors, co-sponsors and everyone who supported the bill, particularly Senators Marco Rubio and Ben Cardin; and Congressmen Jim McGovern and Chris Smith for their “extraordinary leadership” in introducing the bill in the House and Senate.

“I would like to especially thank House Speaker Nancy Pelosi and Senate Majority Leader Mitch McConnell for their steadfast support in making this historic bill come true. I also thank Senators James E. Risch and Robert Menendez, the Chair and Ranking Member of the Senate Foreign Relations Committee; and Representatives Eliot L. Engel and Michael McCaul, the Chair and Co-Chair of the House Foreign Affairs Committee, respectively.”

The President also would like to show his appreciation to the many staffers who provided significant help and support in this process, including Bethany Poulos, Brian Burack, Charlotte Oldham-Moore, Jennifer Hendrixson-White, Jonathan Stivers, Lara Crouch, Chris Socha, Michael Schiffer, Reva Price and, Wendy.

And last but not the least, President Sangay acknowledges the ICT, RTYC, SFT, Tibetan-American associations, particularly in New York and New Jersey, and all community members who vigorously lobbied on the Hill to gain support for the bill over the years.

The TPSA will now be presented to President Trump to sign it into law. 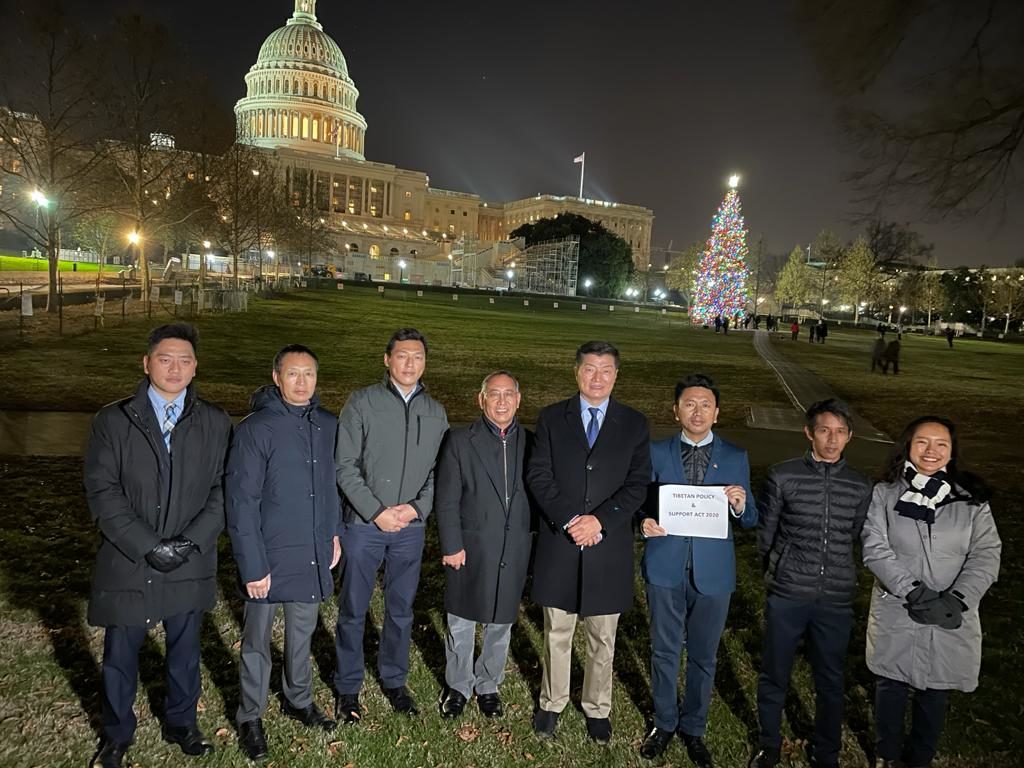 Representative Ngodup Tsering and staff of Office of Tibet, Washington DC with the Sikyong in front of the US Congress during the passage of the TPSA.