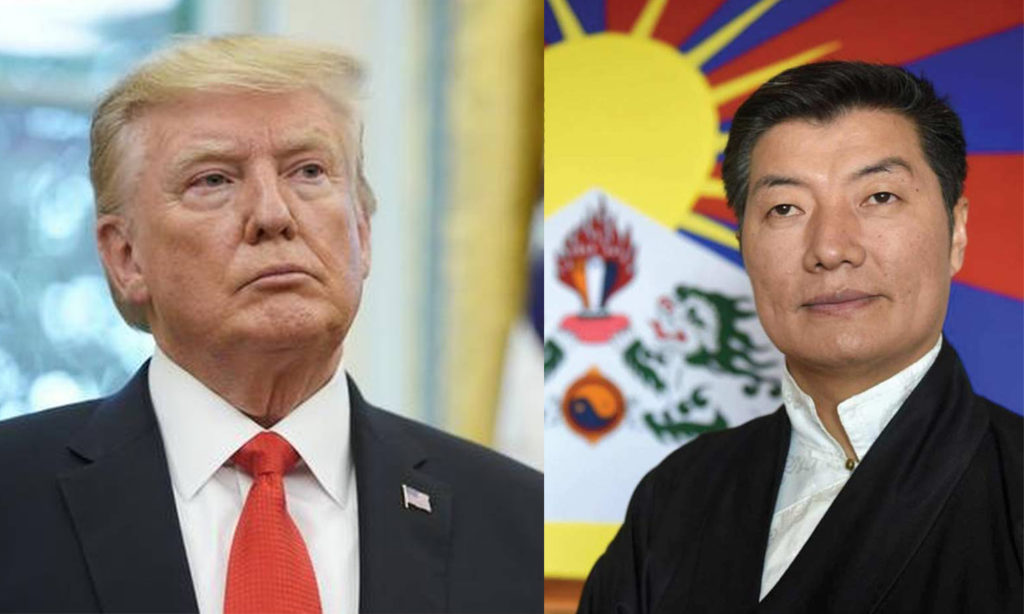 Dharamshala: President Dr. Lobsang Sangay, the democratically elected political leader of the Tibetan people, extended a warm welcome to US President Donald Trump who is scheduled to pay his first state visit to India on 24 February 2020.

President Trump, along with First Lady Melania Trump, will arrive for a two-day India visit on February 24. He will travel to New Delhi and Ahmedabad, the White House said in a statement issued 10 February.

“Tibetan people are immensely grateful to the US government for its endorsement of the Middle Way Policy for the peaceful resolution of the Tibet issue and are appreciative of your administration’s strong leadership in advancing religious freedom inside Tibet as well as supporting the ever-growing, vibrant Tibetan community in exile.”

He further said, “In the light of the deteriorating situation inside Tibet, it is extremely encouraging for the US House of Congress to have passed the Tibetan Policy and Support Act with a supermajority bipartisan support within over a year of enacting the Reciprocal Access to Tibet.”

“I, once again, heartily thank your excellency and the US government. We are hopeful that under your leadership, the US will continue to support the Tibetan cause and fully adopt and implement the Tibetan Policy and Support Act.”

“All the US presidents since George H Bush (Senior) have met with His Holiness the Dalai Lama including four times each by George W Bush and Barack Obama. America has the largest Tibetan community outside of India,” said President Sangay.

The upcoming state visit of President Trump is expected to further strengthen the United States-India strategic partnership and highlight the strong and enduring bonds between the American and Indian people.