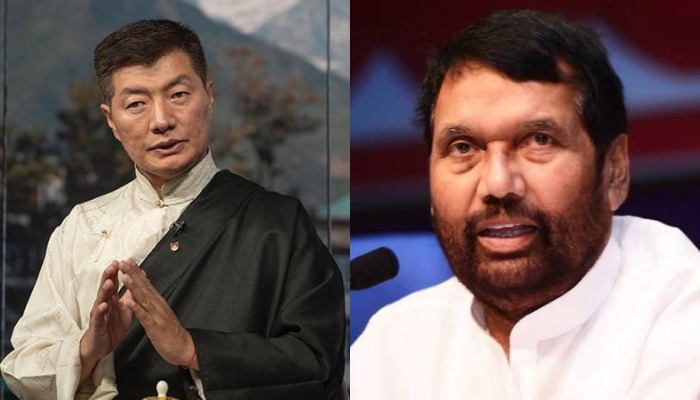 Lok Janshakti Party leader and Union Minister of Consumer Affairs, Food and Public Distribution, Shri Ram Vilas Paswan, died on Thursday at a Delhi hospital where he was recuperating from heart surgery. He was 74.

Extending his deepest sympathies to family and supporters, CTA President said: “I join with the family, the people of Bihar and across India in grieving the passing away of Shri Ram Vilas Paswan, an extraordinary political leader, eighth-time parliamentarian and a relentless crusader who worked towards empowering the disadvantaged sections of society.”

During his long tenure in top cabinet posts and parliament, Shri Ram Vilas actively supported and participated in many Tibet-related events, including CTA’s Global Solidarity with Tibet Campaign held in Delhi, February 2013. A year later, he hosted CTA President at his residence in Delhi.

“I was honoured to meet him in 2014. He was very warm and welcoming. As a Union Minister and a Member of Parliament, he vowed to lend his continued support to the just cause of Tibet.”

He concluded by saying, “The Tibetan people hold him in regard and will always remember him for his compassionate stand on Tibet.”

The former Union Minister and LJP founder was cremated with full state honours on Saturday.