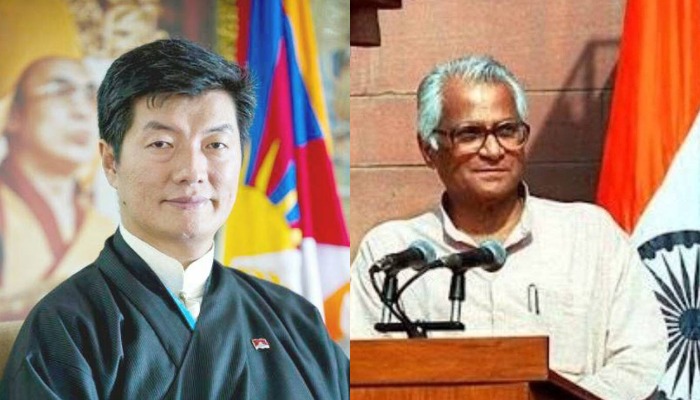 Dharamshala: President Dr Lobsang Sangay of the Central Tibetan Administration congratulated the family and well wishers of late George Fernandes who was posthumously awarded the prestigious Padma Vibhushan by the Government of India on the occasion of the 71st Republic Day.

The former Defence Minister who was a lifelong Tibet supporter was honoured with the Padma Vibhushan, the second-highest civilian honour after Bharat Ratna, in recognition of his exceptional and distinguished service.

In his congratulatory letter, President Dr Sangay said: “The Padma Vibhushan award is a testament to George Saab’s invaluable contribution to the people of India. Throughout his life, George Saab committed fearlessly towards strengthening the political prowess and the democratic fabric of India, while at the same time championing the true aspirations of the people.”

“For Tibetans, he will always be remembered as the strongest voice on Tibet,” he said.

The Padma Vibhushan for this year has been awarded to a total of seven prominent personalities including former union ministers Arun Jaitley, Sushma Swaraj and former Mauritius prime minister Anerood Gugnauth.