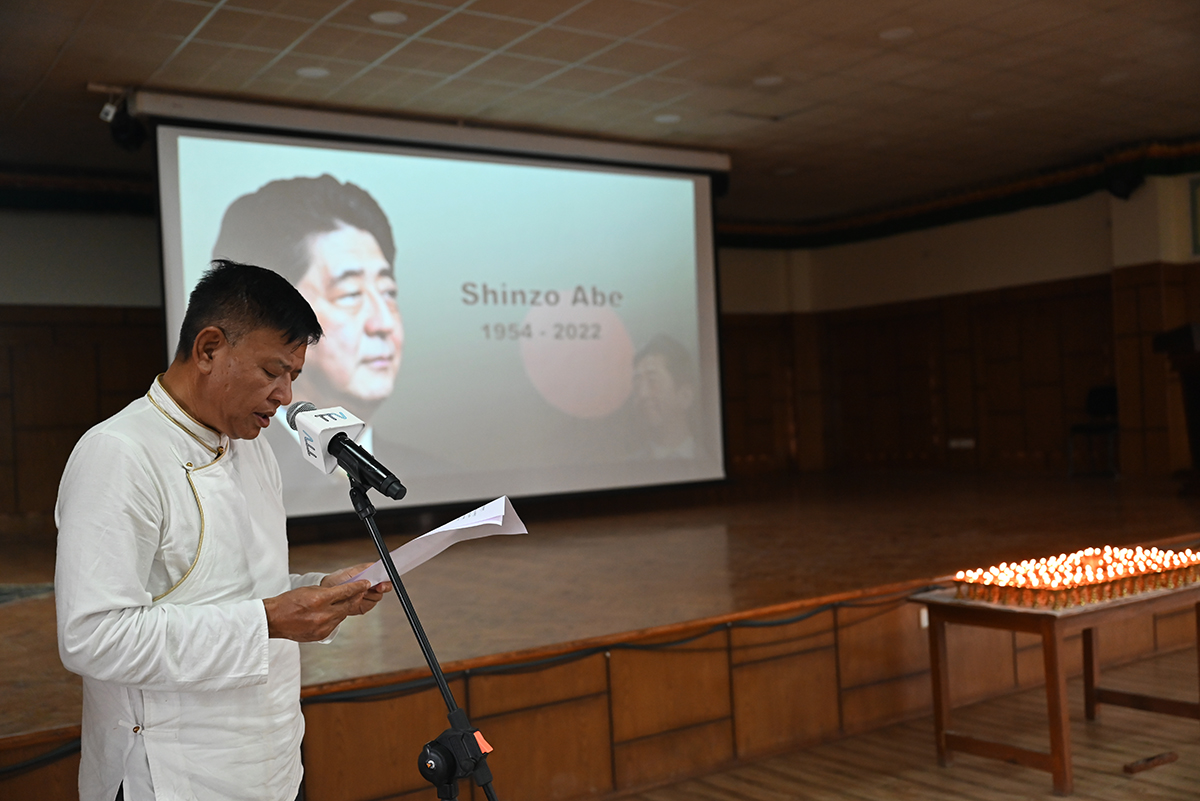 Dharamshala: The leadership, officials and staff of the Central Tibetan Administration headed by Sikyong Penpa Tsering held a mass prayer this afternoon to mourn the tragic demise of former Japanese PM Shinzo Abe who was brutally assassinated on 8 July during a political campaign in Japan’s Nara city.

The tragic and untimely demise of one of the most recognisable Japanese politicians of the last three decades not only left the country in shock but left a great void in the hearts of those who know him.

In his condolence remarks, Sikyong said the Tibetan leadership and the Tibetan people strongly feel the loss of a great leader who was also a long-standing friend of Tibet. “With profound gratitude and obeisance, the Tibetan administration and the Tibetans will eternally remember his notable contribution and support to the Tibetan cause, particularly his active involvement in establishing All Party Japanese Parliamentary Support Group of Tibet, comprising one of the largest Tibet supporters, ” Sikyong added. He also acknowledged in gratitude the courageous and unflinching stand of the late Shinzo Abe against China’s repression in Tibet.

Sikyong read out the condolence letter extended by His Holiness the Dalai Lama to the bereaved family of the late Shinzo Abe recounting the friendship and support of the late former Prime Minister to His Holiness dating back to 1967 when His Holiness first visited Japan and thereafter his successive visits to the country.

The offices of the Tibetan administration remained closed for the day following the prayer service as a mark of condolence and respect for the deceased. 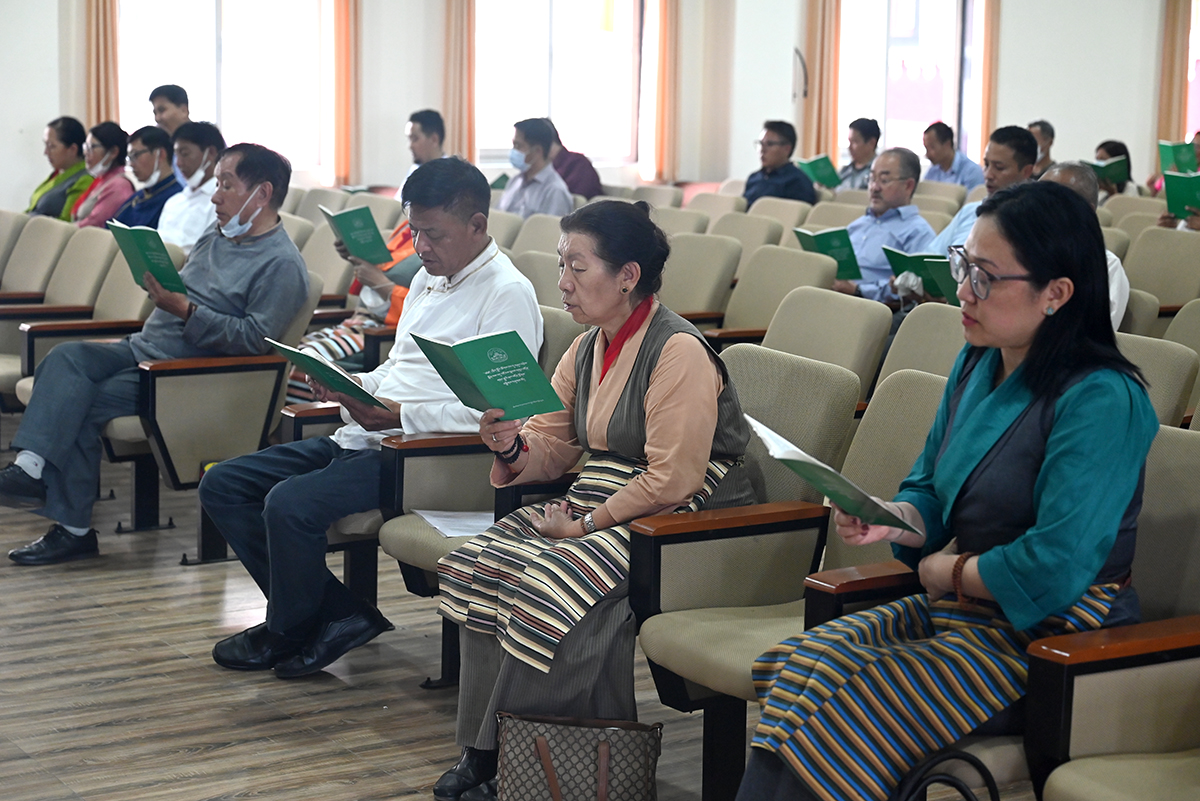 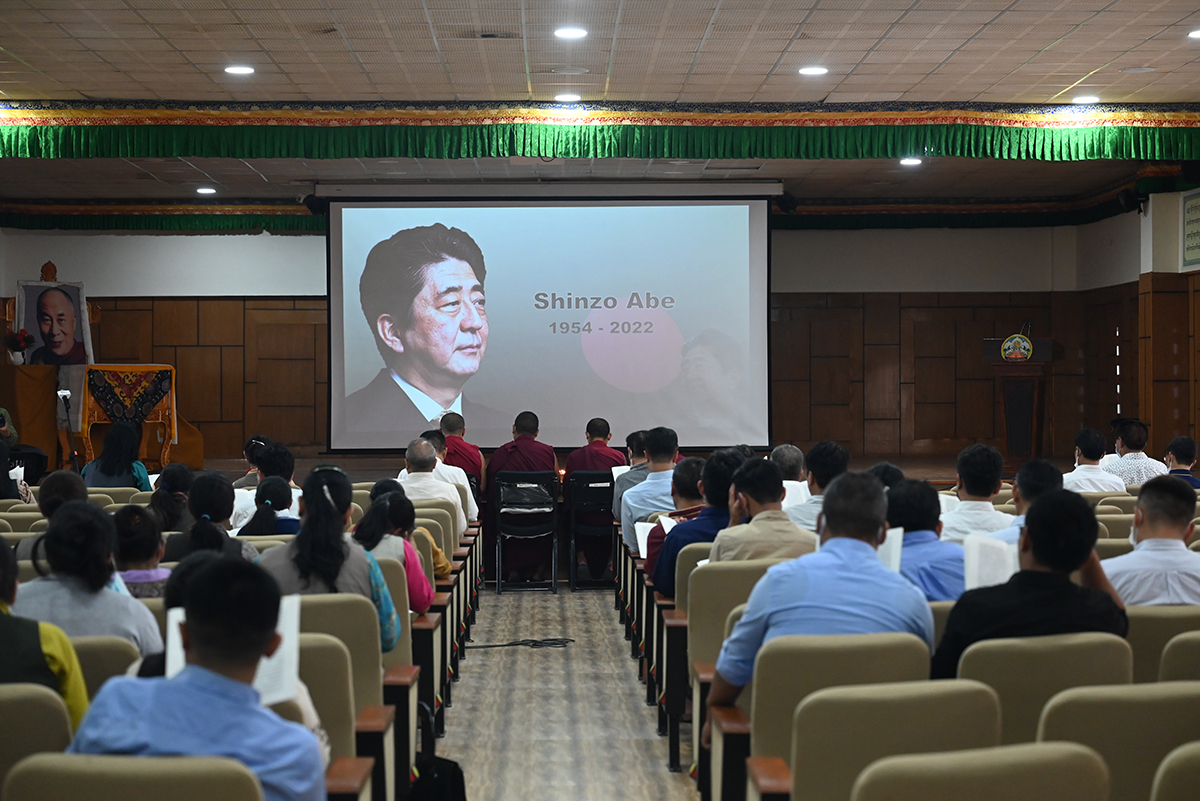 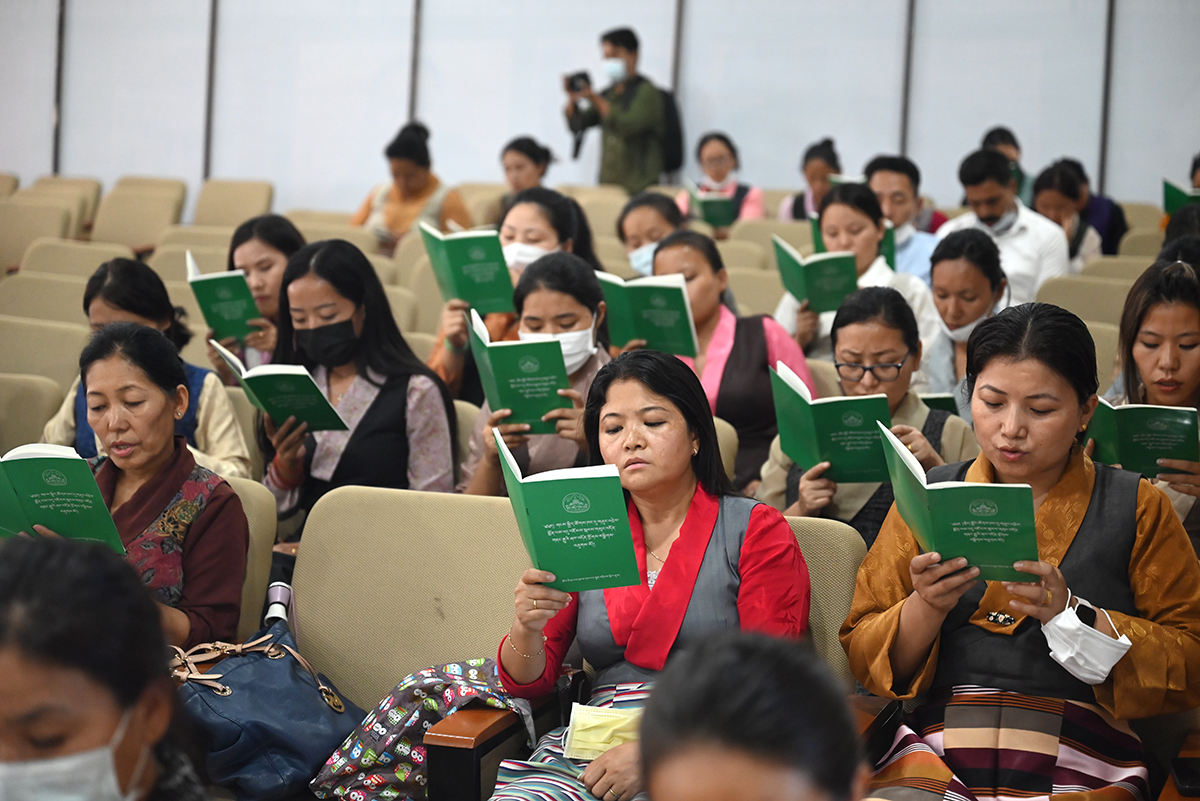