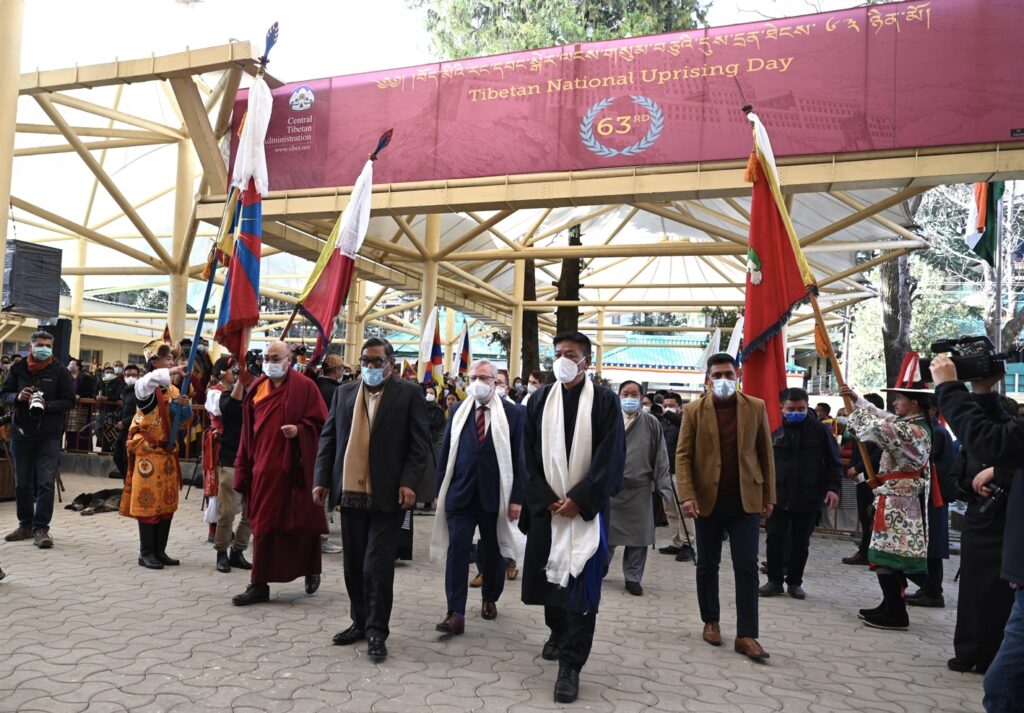 Dharamshala: In the morning of 10 March, the Central Tibetan Administration led exile Tibetans in Dharamshala observed the 63rd Tibetan National Uprising Day to commemorate the Tibetan martyrs who, on this day in 1959, gathered in Lhasa to rose up against the PLA’s illegal occupation.

The commemoration event was attended by the Vice President of the Czech Senate, Jiri Oberfalzer, as a Chief Guest and Amarendra Dhari Singh, the member of Rajya Sabha, as a Special Guest. In addition, heads of the three democratic pillars of the Central Tibetan Administration, parliamentarians, secretaries, CTA’s staff, directors and the representatives of various NGOs, and the Tibetan residents of Dharamshala also attended the official memorialisation. 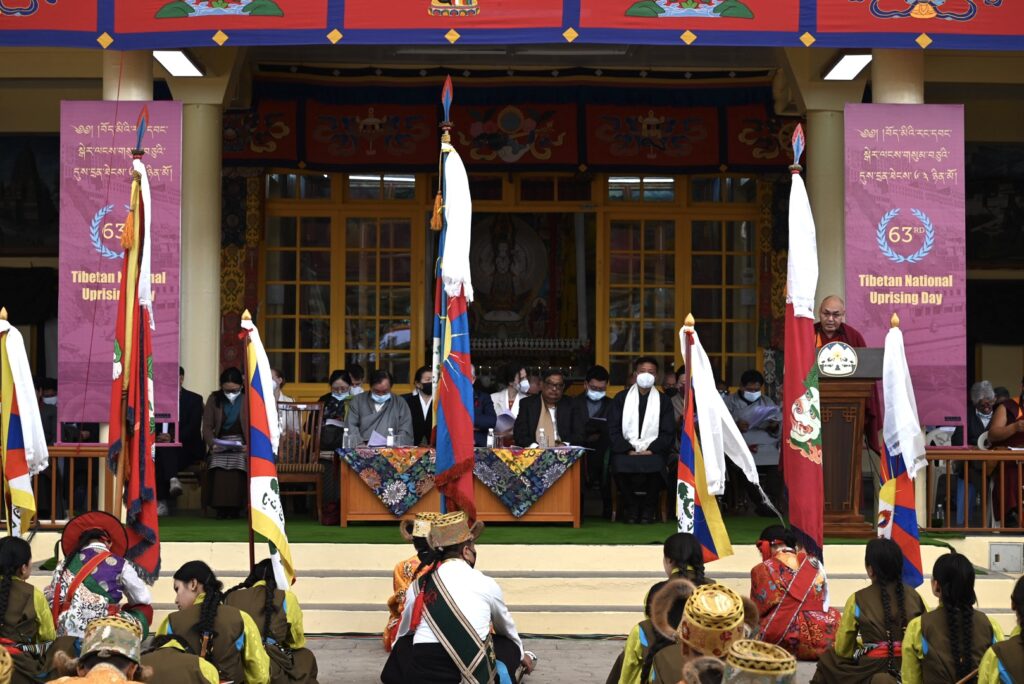 Before the speech from the Special Guest of the event, Sikyong Penpa Tsering and Speaker Khenpo Sonam Tenphel read out the statements of the Kashag and Tibetan Parliament in Exile, respectively.

Special Guest Amarendra Dhari Singh addressed the gathering covering an array of topics concerning Tibet’s struggle as well as the national security of India, which both directly or indirectly associate with China’s invasion of Tibet.

He reprimands China for the militarization of the Tibetan plateau, environmental degradation, inhuman repression, and the attempts to destroy the unique Tibetan language, culture and religion.

“China should not be allowed to get away saying that it is an internal matter. It is a matter of our national security, it is a matter of our commitment to human rights, which is our ethos. A strong signal has to be sent to China that India stands shoulder to shoulder with the Tibetans in occupied Tibet and in diaspora,” said MP Amarendra Dhari Singh. He further assured India’s support for Tibetans to practise Tibetan religion and culture.

While describing His Holiness the Dalai Lama as “the greatest moral force of the century”, the Special Guest also said, “there is no one more deserving than him to be recognised as a recipient of the Bharat Ratna”. 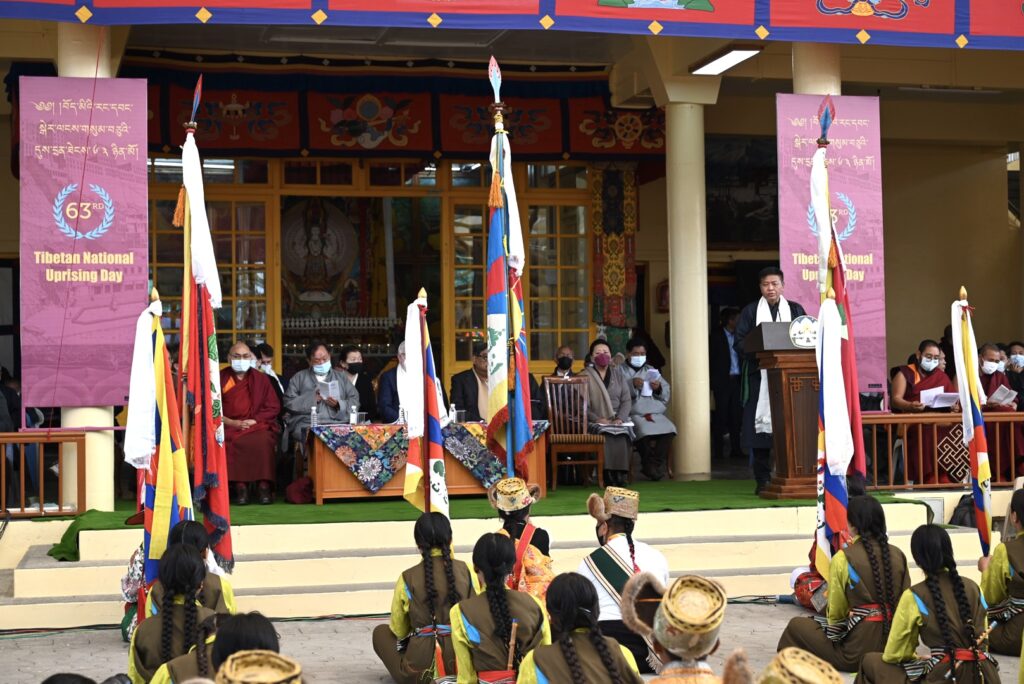 Following the Special Guest, Hon’ble Chief Guest Jiri Oberfalzer spoke at the commemoration event, saying, “in the Czech Republic, we experienced the totalitarian communist system for many decades”, and hence, he continued “we can well understand others who were facing the same history and unfortunately have been facing it so far.” The Chief Guest also mentioned how fortunate his countrymen are to have a leader like Vaclav Havel, who placed conscience and responsibility above economic success, and said, “this is why he invited His Holiness the Dalai Lama to visit our country during very first months after we gained our freedom.”

Before concluding his addressing, Jiri Oberfalzer said, “I always propound: If there is any single nation under oppression, any single subdued country in the world, no state can be fully safe, no one can be sure of their own freedom” and therefore, he underscored the Tibetan’s fight is “fight for freedom of people’s spirit and soul – the most important human substance.”

Before everyone left for the peace march, the official tenth-of-March gathering was concluded with a prayer. 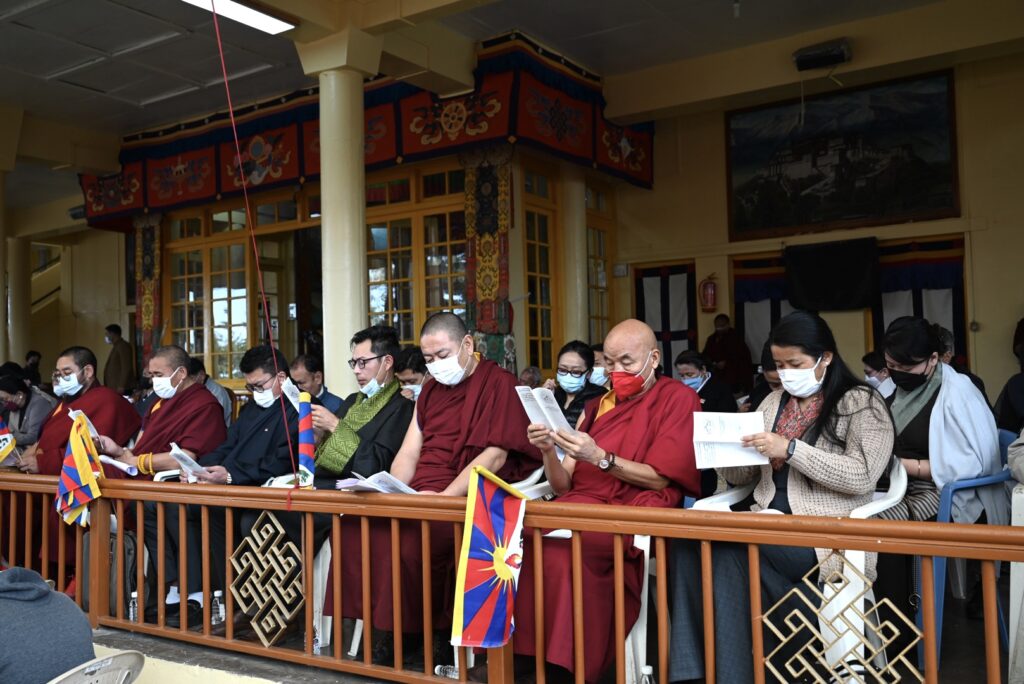 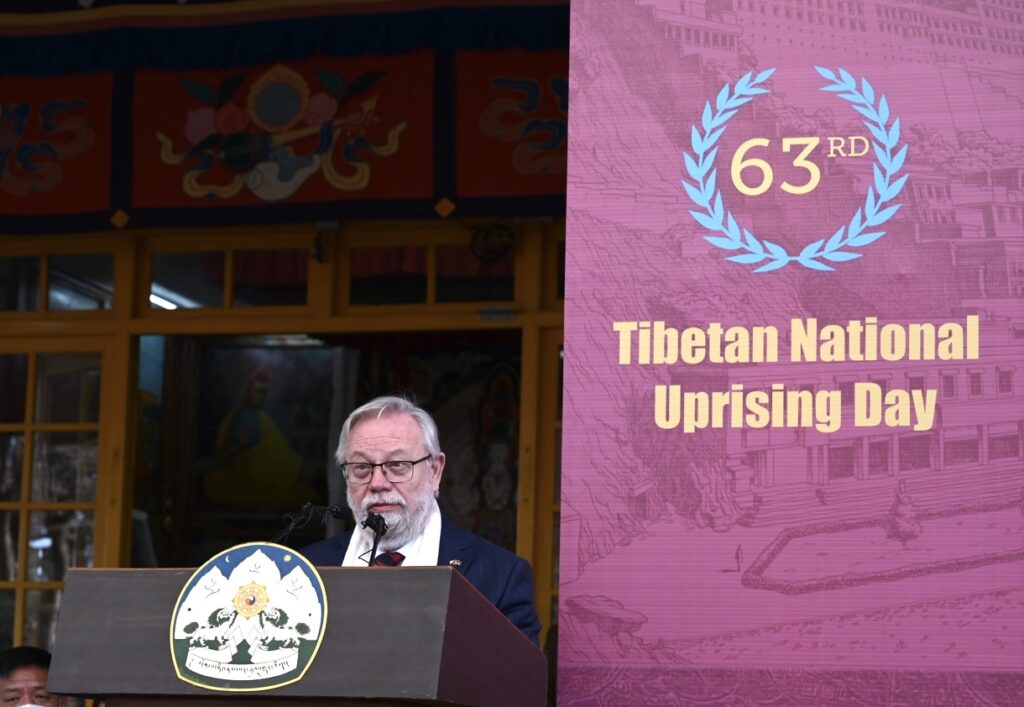 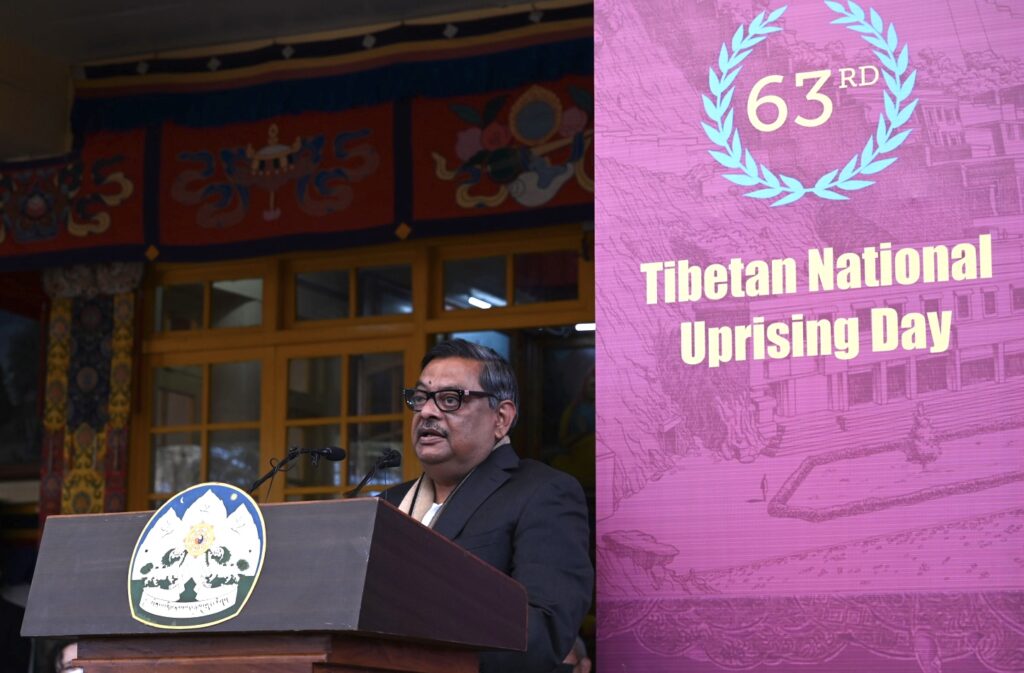 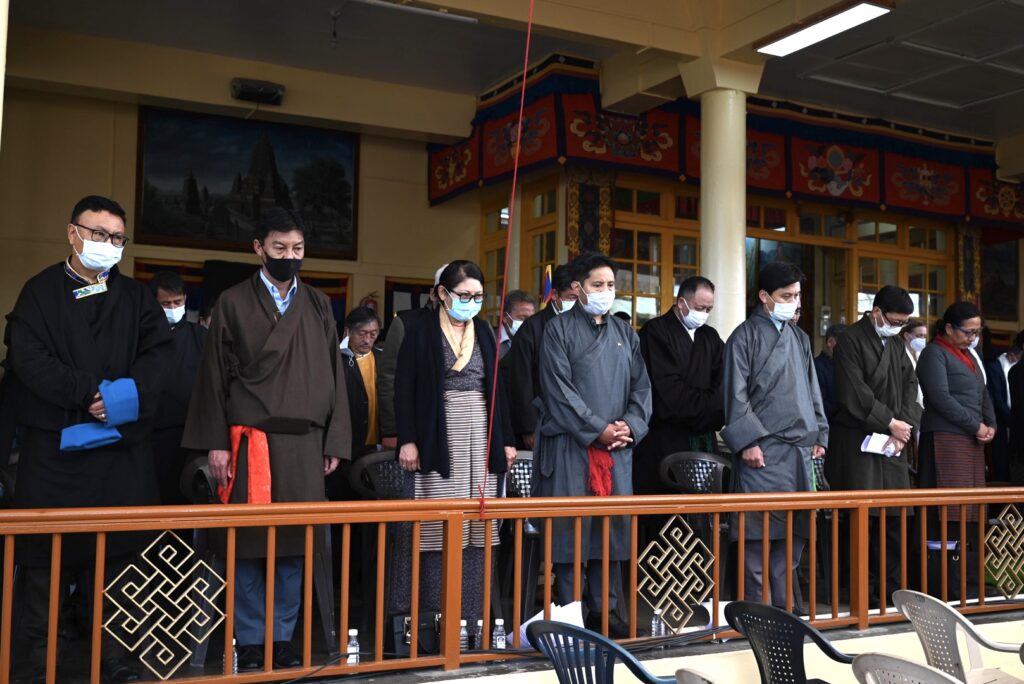 A minute mourning for the Tibetan martyrs who sacrificed their life for Tibet. Photo / Tenzin Phende / CTA 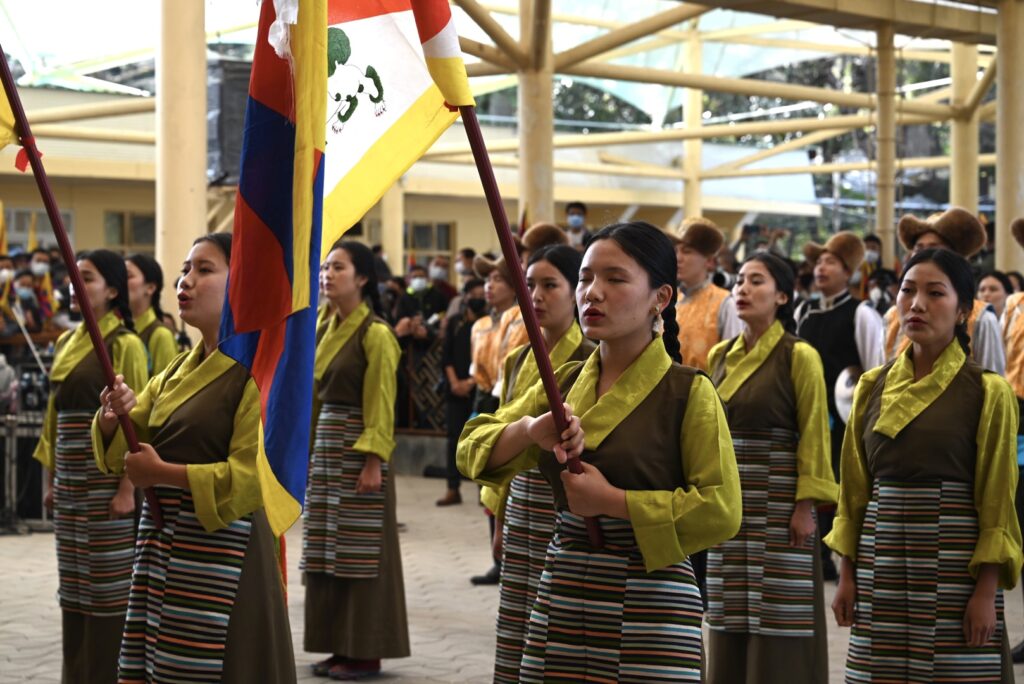 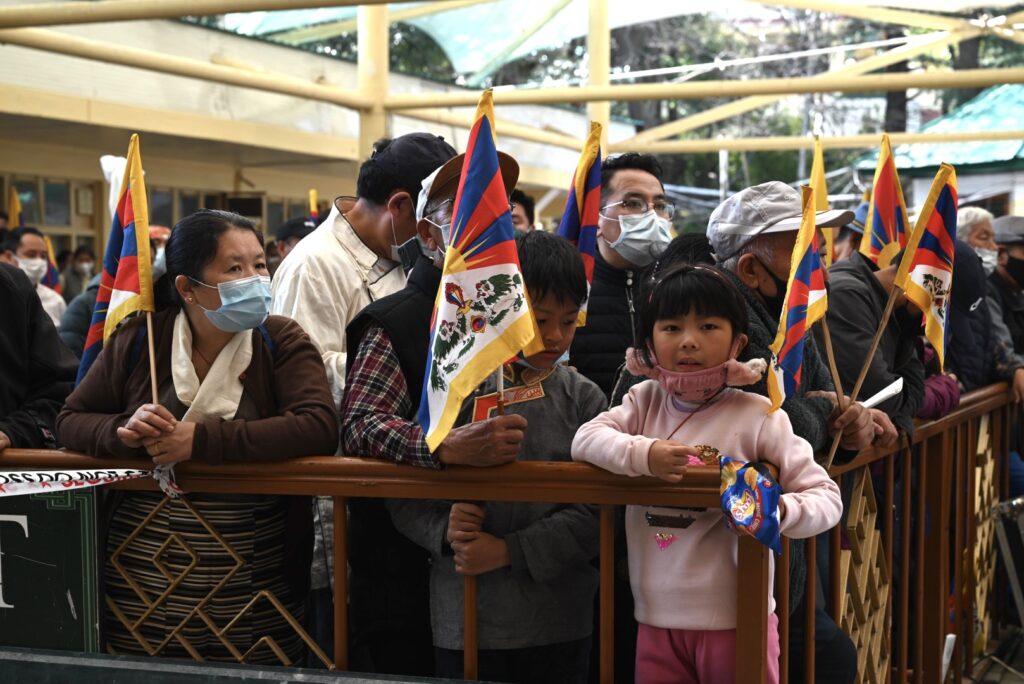