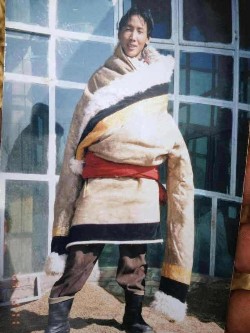 DHARAMSHALA: The Central Tibetan Administration reiterates its deep sadness and serious concern over the grim situation in Tibet with the death of one another Tibetan due to self-immolation yesterday.

Reports coming out of Tibet say Lhamo Kyab, 27, set himself on fire in Bora village in Sangchu County, Kanlho, in north-eastern Tibet, around 2pm (local time) Saturday (20 October). Eyewitnesses said while engulfed in flames, he ran towards Bora monastery, shouting slogans calling for the return of His Holiness the Dalai Lama to Tibet. Security forces tried to douse the flames, but Kyab succumbed to his burn injuries on the spot.

Over 56 Tibetans have set themselves on fire in protest against the Chinese government’s repressive policies. All of them raised slogans demanding the return of His Holiness the Dalai Lama to Tibet and freedom for Tibetans.

“The tragic self-immolations by Tibetans would stop only if the Chinese government address their genuine and long-standing grievances, and find a lasting solution to the problem of Tibet through dialogue,” stated Kalon Dicki Chhoyang of the Central Tibetan Administration’s Department of the Information & International Relations.

“We again strongly reiterate our long-standing appeal to the international community to press the Chinese government to end the deepening crisis in Tibet,” Kalon Dicki Chhoyang said.