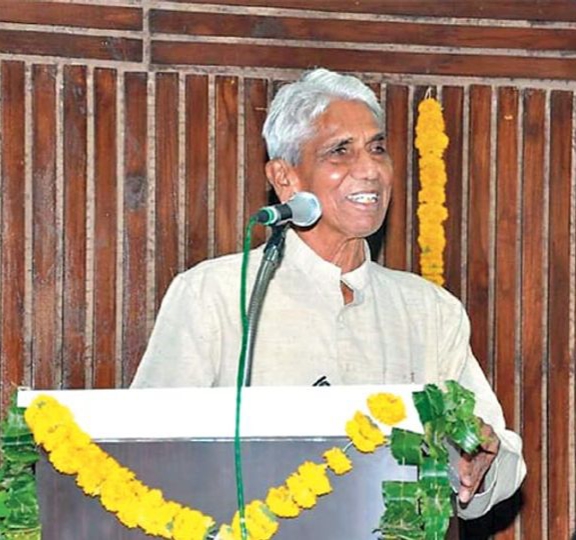 Delhi: The founder of the support for Tibet and Tibetan freedom movement in Gujarat and the National Vice President of India – Tibet Friendship Society (ITFS), Dr P. G. Jyotikar passed away on 15 December 2020. He was a noted Dalit historian, a scholar of Ambedkarite Movements in Gujarat, and the Trustee Chairman of the Buddhist Society of India popularly known as PG in the Buddhist Ambedkarite community. He was 86 years old.

The Core Group for Tibetan Cause-India expressed condolence on the demise of Dr P. G. Jyotikar. “Today he is obviously not among us but his life will be an inspiration for all working towards the cause of Tibet. He will be always be remembered for his contribution to Tibbat Mukti Sadhana”, wrote National Convener Shri R. K. Khrimey.

In the condolence message, Shri Khrimey further wrote that Dr. Jyotikar was a follower of Buddhism and had fought for the cause of Tibetan refugees for the last 40 years. Read the letter here.

During the first Gujarat State ITFS Conference in Ahmedabad on 10 December 1996, Mr Sonam Norbu Dagpo, then DIIR Secretary, CTA presented a Tibetan national flag to Dr P. G. Jyotikar. He played a key role in helping the Tibetans to start a sweater business in Ahmedabad during the winter season. It would not have been easy for Tibetan refugees to visit this trader-dominated state and do business among the Gujaratis had it not been for their supporter Dr P. G. Jyotikar.

Shri Khrimey said that Dr Jyotikar’s departure has resulted in the loss of a staunch warrior for the Tibetan freedom movement.

The Core Group for Tibetan Cause-India offered their deepest tribute to the departed soul and at the same time prayed for his swift rebirth. 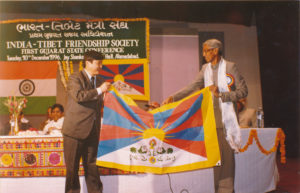