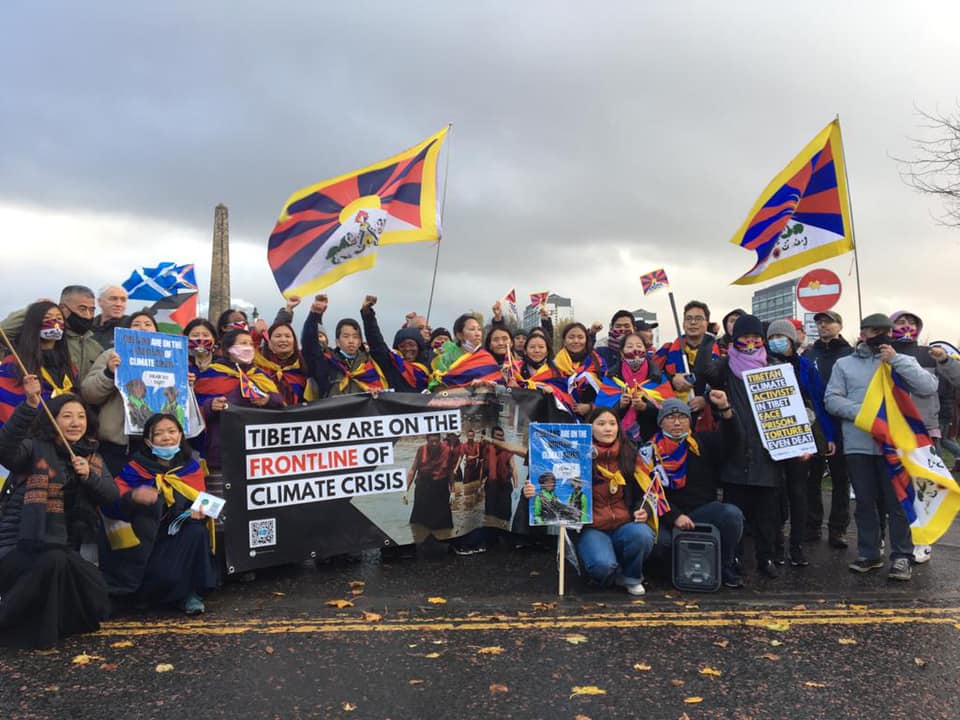 Dharamshala: A team of Tibetan environmentalists had successfully participated at the COP26 UN Climate Summit in Glasgow to highlight Tibet’s ecological importance and current environmental situation in Tibet.

On the side-line of the COP26 conference on climate change in Glasgow (31 Oct-12 Nov), The Team organised two separate panel discussions on 4 and 7 November to raise plights of Tibetan nomads. On 4 November, the panel discussed about the role of Tibet in the global climate system and explained why Tibet should be part of the global climate conversation. The interdisciplinary panel have featured speakers with expertise and insights from social science, glaciology, and civil society. The panellists discussed the lessons Tibet offers for designing inclusive and sustainable global climate policies and provide practical recommendation for next steps. On 7 November, the expert panel discussed how China’s occupation of Tibet is worsening its environmental crisis and how activists inside and outside Tibet are fighting back.

The group also undertook numerous initiatives to spread awareness about Tibet’s climate crisis at the UN COP26 venues, gave many interviews to different media outlets and met many important delegates at the conference.

As part of a Tibet Policy Institute’s coordination with three eminent universities in the UK, three environmentalist from the COP26 Team Tibet- Dechen Palmo, Dr. Lobsang Yangtso and Tenzin Choekyi were invited to speak at the University of East Anglia, University of Oxford and University of Westminster respectively.

Along with a strong COP26 Tibet team, a large number of Tibetan community of United Kingdom also joined with 100,000 protestors at People’s March demanding climate justice for Tibet. The march continued despite the rain in the streets of Glasgow and Greta Thunberg giving a call to world leaders to show real leadership.