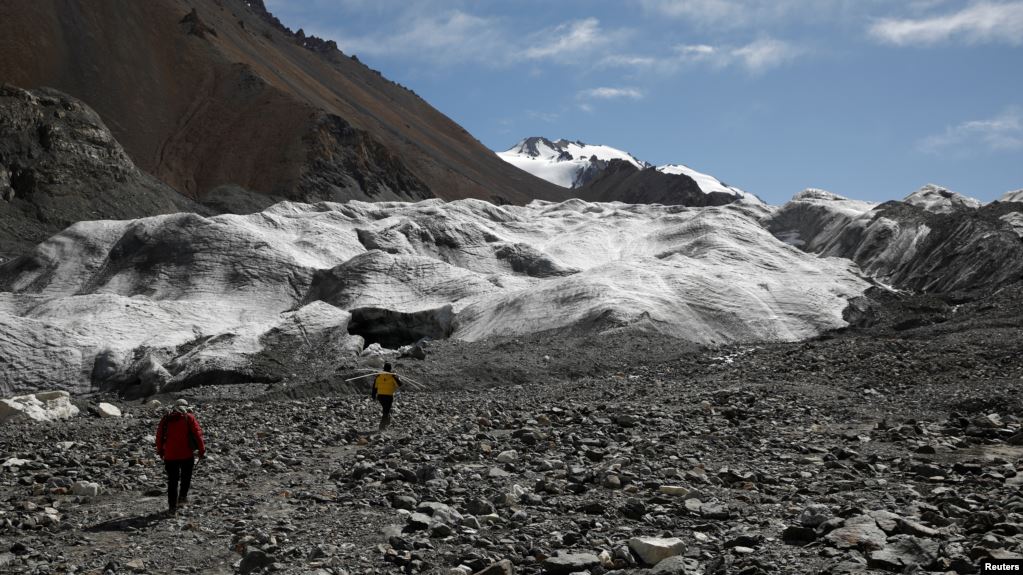 Huge fields of ice high in the mountains near Tibet continue to disappear at a rate that worries scientists.

The melting glacier is the largest in the Qilian Mountains, which stretch for 800 kilometers on the dry northeastern edge of the Tibetan Plateau. The glacier has retreated about 450 meters since the 1950s when researchers set up China’s first observation station to study it.

The 20-square kilometer glacier is known as Laohugou No. 12. Scientists say it has shrunk by about seven percent since measurements began. The rate of melting has increased in recent years, scientists note.

The ice also has lost thickness. About 13 meters of ice has disappeared as temperatures have risen, said Qin Xiang. He is the director at the observation station.

“The speed that this glacier has been shrinking is really shocking,” Qin told Reuters news agency. The scientists work in the station in a frozen, treeless area, where Qin and a small team of researchers measured the changes over time. 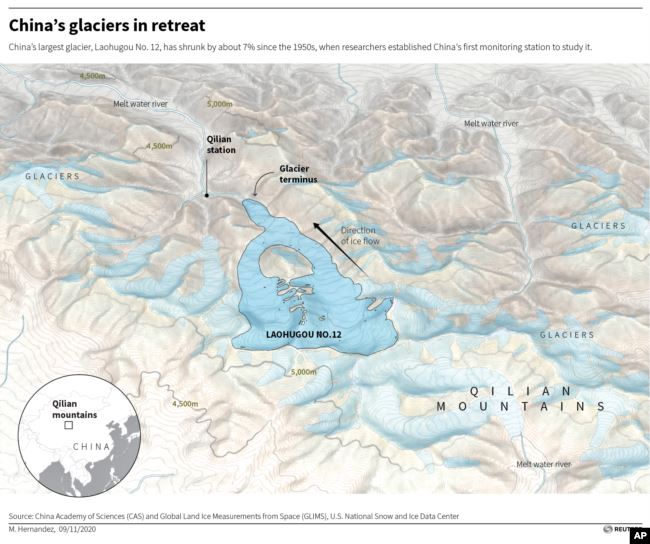 Graphic shows the glacier Laohugou No 12 in the Qilian mountains. The glacier have shrunk by about 7% since the 1950s

The Tibetan plateau is known as the world’s Third Pole because of the amount of ice that is locked in its high-altitude wilderness.

But since the 1950s, average temperatures in the area have risen by about 1.5 degrees Celsius, Qin said. He added that there is no sign of an end to warming. He is concerned about the 2,684 glaciers in the Qilian Mountains.

Downstream, near the city of Dunhuang, water flowing out of the mountains has formed a lake in the desert for the first time in 300 years, state media reported.

Rising worldwide temperatures are also blamed for changes in the weather that have brought other unpredictable conditions.

Snowfall and rain have at times been much less than normal. The melting glaciers have brought more runoff. But farmers downstream can still face water shortages for their crops of onions and corn and for their animals.

Large parts of the Shule River, outside of Dunhuang, were either dry or reduced to small sections of water, Reuters reported in September. 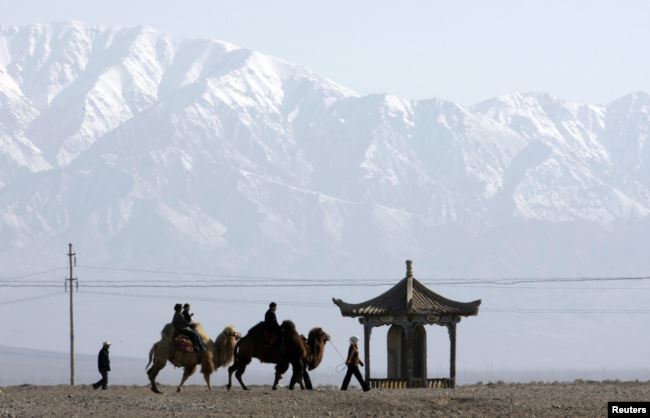 The melting of the mountains could peak within 10 years. After that, China Academy of Sciences expert Shen Yongping said, snowmelt would sharply decrease because there would be fewer glaciers.

Aaron Putnam is an associate professor of earth sciences at the University of Maine. He said the changes in Qilian are similar to melting in other parts of the Tibetan Plateau. The area is the source of the Yangtze and Yellow Rivers and other great rivers of southeastern Asia such as the Mekong.