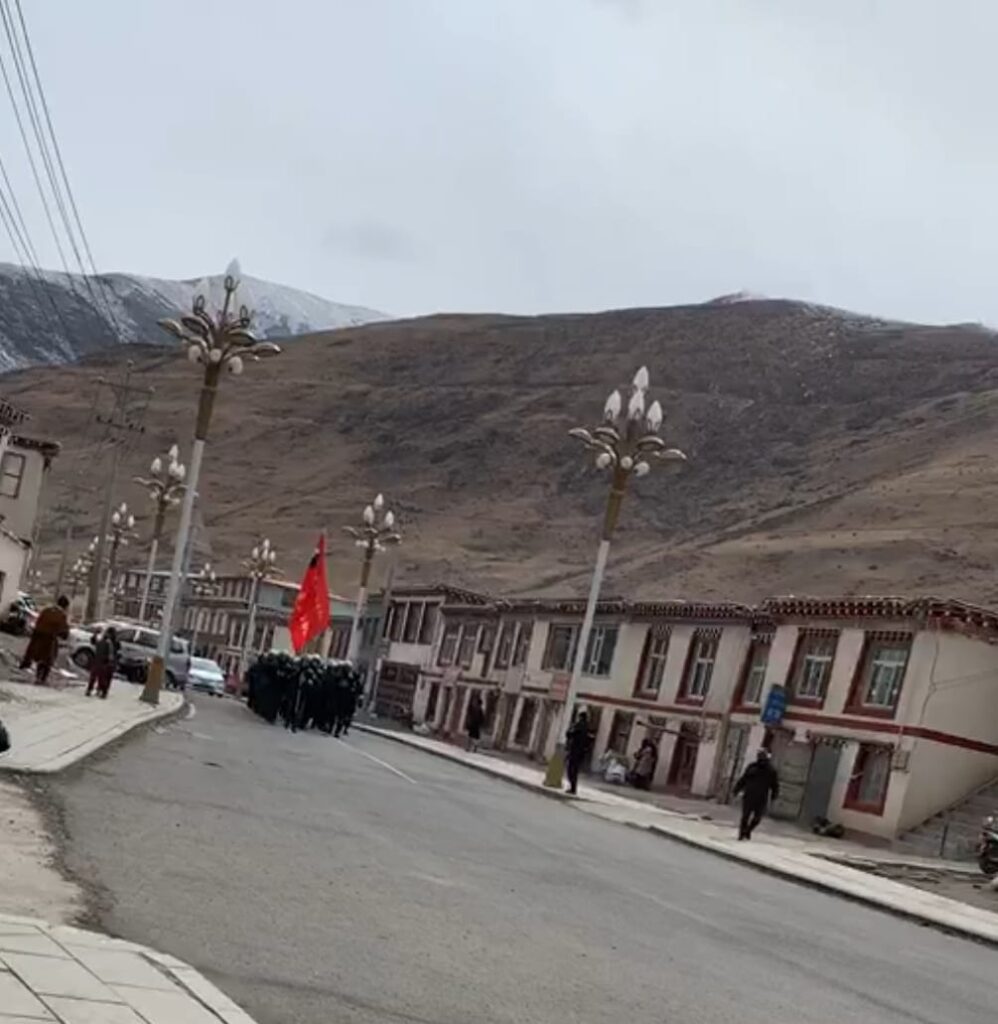 Chinese local police and commandos parading through Dza Wonpo in one of many operations to intimidate local Tibetans.

Dharamshala: After the death of the Tibetan monk Tenzin Nyima due to torture by Chinese police on 19 January, Chinese authorities have been carrying out operations to intimidate Tibetans in Dza Wonpo including police and commandos parading through the town of Dza Wonpo and a “clean up” drive to confiscate His Holiness the Dalai Lama’s pictures.

Tenzin Nyima aka Tamey died of injuries sustained after he was severely beaten and tortured by Chinese authorities for participating in a peaceful protest along with three other monks (including one aged below 15) on 7 November 2019 in Dza Wonpo, Sershul county, Karze (Ch: Ganzi) in Tibet’s traditional Kham province.

Following monk Tenzin Nyima’s death, a number of local Tibetans posted messages of solidarity and condolences on their WeChat Moments. Concurrently, a group of Chinese army arrived in Wonpo who then detained and interrogated several local Tibetans for many days.

On 5 March, a larger troop of Chinese army – which Human Rights Watch identified as the Snow Wolf Commandos, a unit of the People’s Armed Police (PAP) – arrived in Wonpo. Images and video clips obtained by the Human Rights Desk of the Central Tibetan Administration show the commandos parading the streets of Dza Wonpo town, carrying a large red flag and shouting battle cries. According to our source, this routine is carried out every day by the troops to intimidate the local Tibetan residents.

On 17 March, officials gathered residents for a public meeting and announced that displaying and possessing His Holiness the Dalai Lama’s photos at homes will be met with criminal prosecution. Moreover, those who have received or are receiving benefits and funds from the government, if found to be hiding or displaying Dalai Lama images will be cut off from those benefits and would have to repay in full any benefits and funds received from the government in the past. The Tibetans at the public meeting were then made to sign a five-point document to agree not to keep or distribute images of the Dalai Lama, to oppose any illegal activity and to follow the Party.

A few days after local Tibetans were made to sign the five-point document, the PAP commandos carried out a “clean up” operation, raiding homes of local Tibetans and confiscating pictures of His Holiness the Dalai Lama.

Since the news of Tenzin Nyima’s torture death emerged, Chinese authorities have put in place heavy crackdown measures in Dza Wonpo, including tracking cell phone usages. In March, around the Tibetan National Uprising Day, local residents were required to download an app on their phones which would give officials information and access to the user’s data, thus making sharing of information on the ground situation outside Tibet in the future evermore difficult and risky for the local Tibetans. 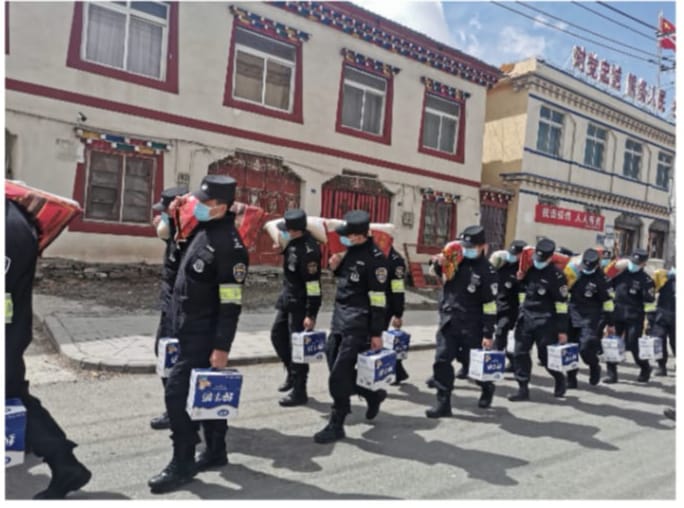 Chinese commandos visiting the old age home under the guise of “clean up drive” to search for photos of His Holiness the Dalai Lama in the premises. 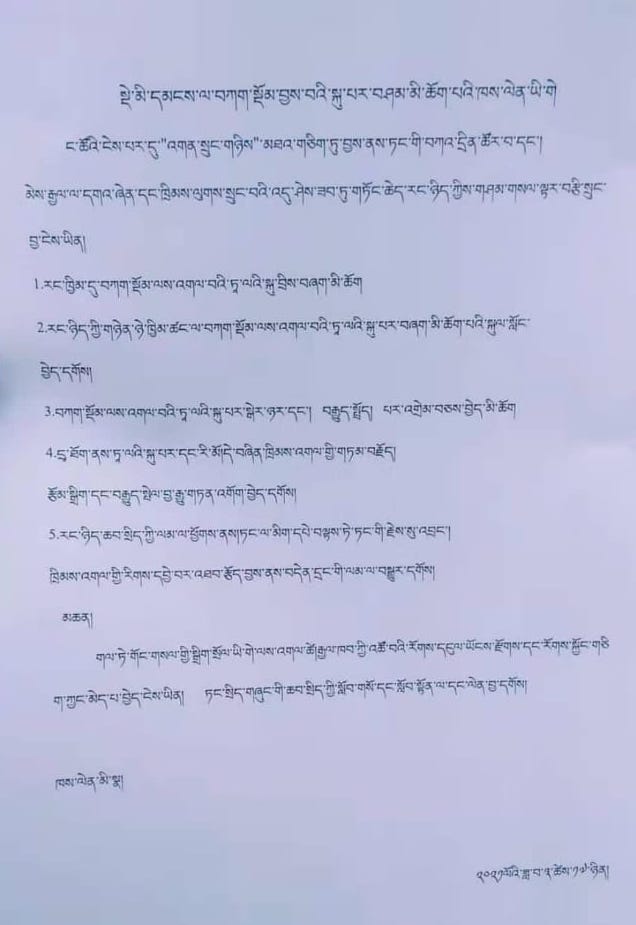 The five-point document that Dza Wonpo Tibetans were compelled to sign, agreeing not to keep His Holiness the Dalai Lama’s pictures. 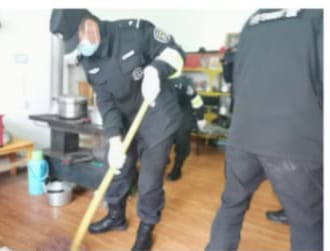 Chinese commandos conduct a so-called clean up drive at the old age home in Dza Wonpo.