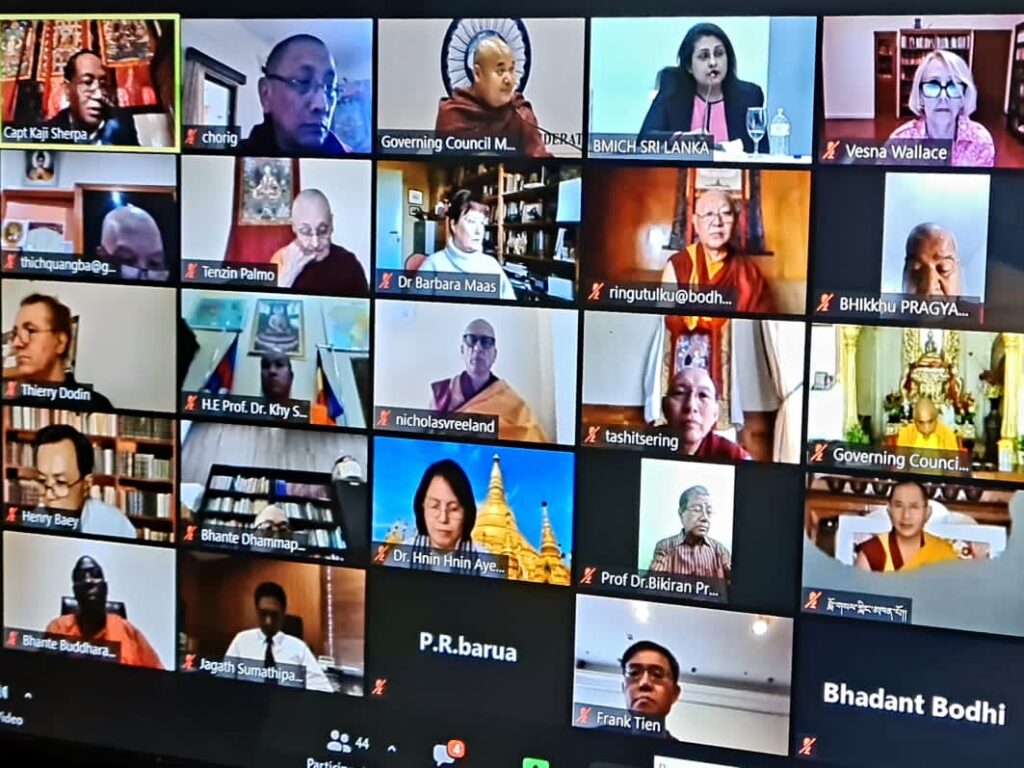 Dharamshala: Kalon of Religion and Culture, Ven. Karma Gelek Yuthok attended the Fourth Governing Council Meeting of the International Buddhist Confederation (IBC) held virtually in New Delhi on April 7, 2021. Kalon represents the Department of Religion and Culture of the Central Tibetan Administration at IBC and is one of its sitting Vice-Presidents.

Members submitted a draft proposal for the Amendment of the Constitution of IBC and a discussion ensued on the proposal.

Speaking at the meeting, Kalon highlighted the valuable work of IBC Headquarters through a difficult time. He condoled the past ill health of its Working President Ven. Lama LobzangJi. He reminded the significance of Buddhist teachings amid the global pandemic particularly noting the teachings about impermanence, suffering, loving-kindness and compassion.

Kalon further claimed that one obvious cause of the pandemic attributes to the extreme exploitation of animal life and their natural environment.

“While stopping all exploitations may not be possible, but we must raise voice and do something to stop the extreme type of exploitations of animal life and natural environment”, Kalon urged. He mentioned the contributions of His Holiness the Dalai Lama and Tibetan Buddhist leaders including Tibetan Buddhist communities outside Tibet toward relief activities which also involves online teachings, prayer services, purification rituals, counselling, charity and voluntary service during the pandemic.

-Filed by the Department of Religion and Culture