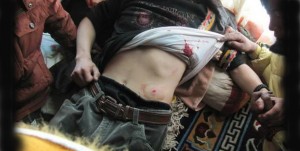 One of the Tibetan shot by the Chinese Police in Kham Drakgo on January 23, 2012. (Photo: boxun.com)

BEIJING – Looking down on Drango town from his hillside monastery on China’s eastern Tibetan plateau, monk Gelek Rabten appeared hopeful last fall. Unlike in neighboring counties, no Drango monks had set themselves on fire and died in protests for religious freedom.

Relations with the local government are good, said Gelek, 41, a Tibetan who welcomed the rising numbers of Han Chinese, the nation’s dominant ethnic group, now studying Tibetan Buddhism in Kardze, a rugged prefecture of mountains and grasslands in western Sichuan province. “We can share religion, we can share anything,” he said.

Today, that dream of better relations appears shattered after deadly clashes Jan. 23 and 24 between Tibetan protesters and armed police in Drango, and in Serthar to the north. Authorities have cut both towns off from the world as they crack down on the worst unrest in Tibetan-inhabited areas since 2008.

In another incident Jan. 26, security forces killed one Tibetan and wounded several others in Ngaba prefecture, also in Sichuan, as a crowd tried to prevent the detention of a youth who had called for Tibetan freedom, reported the U.S.-based International Campaign for Tibet.

The escalating violence indicates that China’s key ethnic problem just won’t go away, however much firepower and funding the Chinese government dispatches to Tibetan areas.

As families across China celebrated their lunar new year reunion last week with firecrackers and feasts, police in Drango and Serthar shot and killed Tibetan protesters who had gathered to mourn during the festival after 16 self-immolations in the past year, according to Tibet advocacy groups including the campaign.

Beijing blamed a “mob” of rioters for attacking police stations on Monday in Drango, and Tuesday in Serthar, the first two days of the new year, according to the state-run Xinhua News Agency. One “rioter” died in both towns, Xinhua reported.

Tibet’s prime minister-in-exile, Lobsang Sangay, said Thursday that six people had reportedly died from police shootings, with around 60 injured. Sangay took over from the Dalai Lama last year as the political head of the government-in-exile in Dharamsala, India. The Dalai Lama, who fled Tibet in 1959 after a failed uprising against Chinese rule, remains the Tibetans’ spiritual ruler.

The lockdown in Kardze means phone calls to Drango and Serthar fail to connect as authorities have disabled telecommunications, in addition to bringing in truckloads of troops and setting up roadblocks on the long drive from the provincial capital Chengdu, report exile groups.

The Chinese government, which routinely blames the Dalai Lama for fomenting trouble inside China, accused outside groups of exaggerating the latest incidents.

The blame for rising levels of dissent lies squarely with Beijing’s hard-line policies, counter some academics and activists. As happened in Lhasa, the Tibetan capital, in the 1980s, this week’s protests show “the idea of confronting the Chinese state is moving from the clergy to the lay people,” said Robbie Barnett, a Tibetan affairs expert at Columbia University in New York.

The Kardze region has long considered itself separate from Lhasa, let alone Beijing, but now “we’re watching not just the spread of protests from the Lhasa areas to eastern areas, but also the perception of themselves as part of a single [Tibetan] nation, with a history separate from China,” said Barnett. “China has created this surge of national feeling and history as a separate place.”

The Khampa Tibetans in Kardze “have a strong sense of Tibetan identity and Tibetan nationalism,” despite losing land over the years, facing restrictions in their religious practice, being forced to denounce the Dalai Lama and being marginalized by an influx of Han settlers, said Kate Saunders, spokeswoman for International Campaign for Tibet.

Even under a crackdown ongoing since 2008, “people in Kardze have continued to risk their lives to express their views,” she said.

The self-immolations have caused widespread anguish, but also a feeling of intense solidarity, Saunders said.

“It’s almost beyond protests and dissent, it’s become a broadening of Tibetan identity, a deepening of solidarity and what it means to be a Tibetan. Self-immolation is the ultimate self-sacrifice, but there are a whole range of other, more peaceful strategies,” that Tibetans are employing, Saunders said.

News of this week’s unrest has been heavily restricted within China. On highly sensitive issues such as Tibet, its state-run media prefers positive propaganda such as the announcement Sunday that the Tibet regional government had distributed more than 1 million Chinese flags and portraits of Communist leaders to Tibetan temples, schools and rural households.

But the Tibetan Buddhist religion still dominates lives and landscapes. In the Kardze district last fall, portraits of the Dalai Lama could be seen in most holy places. Hillsides, roads and bridges were marked by giant prayers, fluttering prayer flags and prayer wheels turned by the faithful.

Prime minister-in-exile Lobsang Sangay has called both for foreign intervention to end the crisis, and for dialogue with Beijing to resume. President Obama will have a chance to raise Tibetan issues with Beijing when Xi Jinping, expected to become China’s leader by late 2012, visits the White House on Feb. 14.

“China must address the root causes of the protests — escalating repression and failed official policy,” said Sharon Hom, executive director of Human Rights in China. “What the Tibetan people need are demilitarization and greater respect for fundamental rights and freedom.” 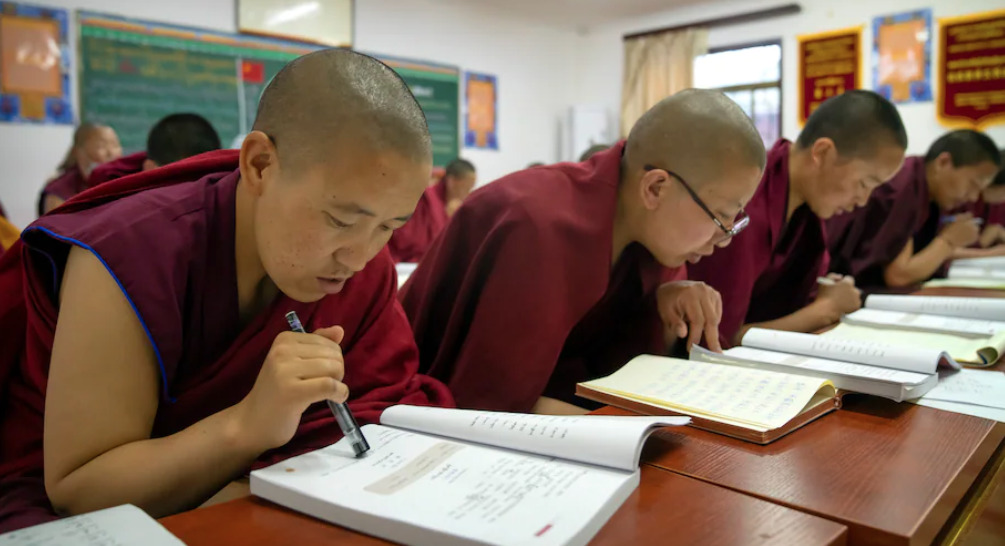 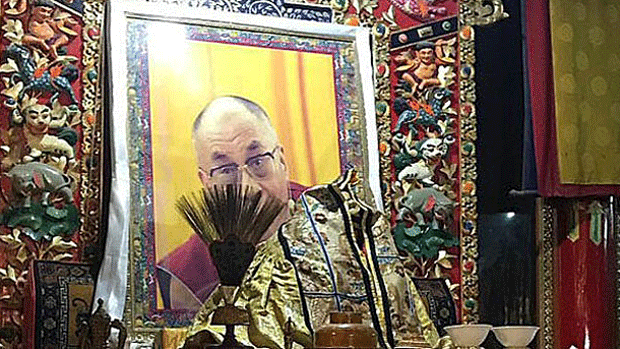 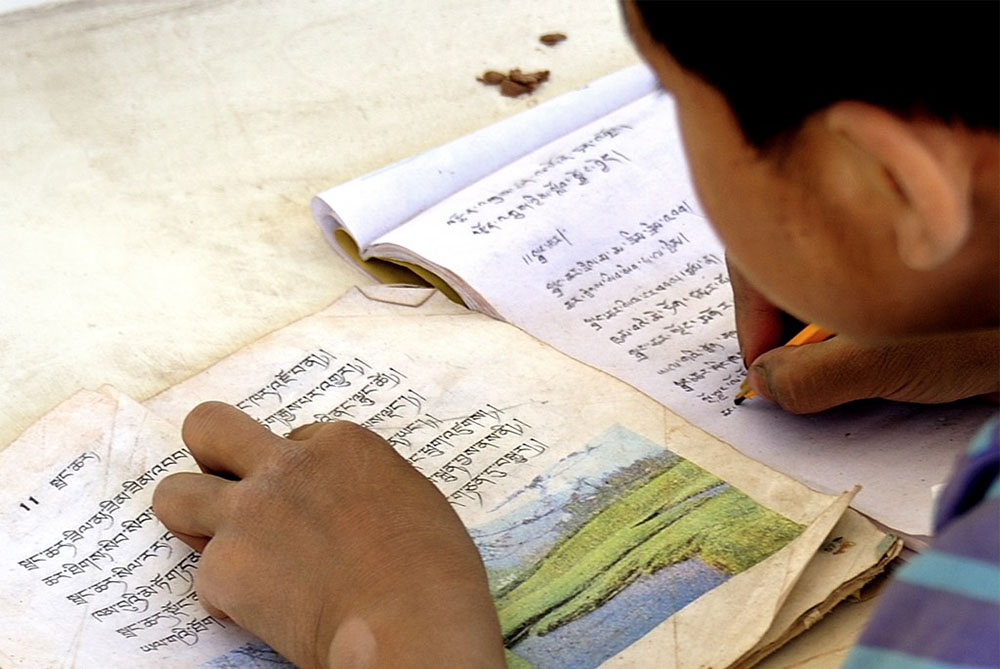 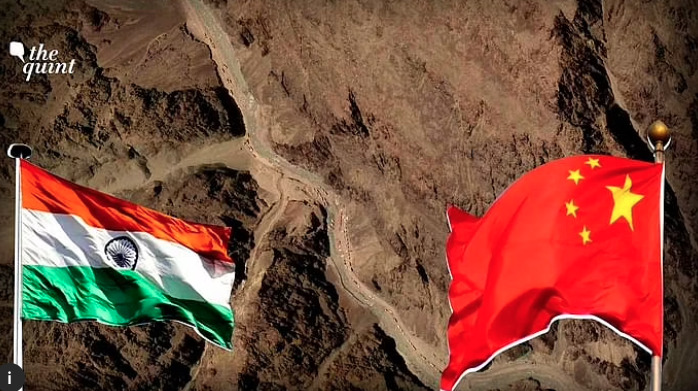