Chinese authorities in Tibet have allegedly arrested and tortured five Tibetans, killing one of them, for publicly lighting incense and praying, two Tibetan sources living in exile told RFA.

The five Tibetans, identified as Chugdhar, Ghelo, Tsedo, Bhamo and Kori, lit incense and prayed for the long life of the exiled Tibetan spiritual leader, the Dalai Lama, in Sertar county (in Chinese Seda), in China’s northwestern Sichuan province on Aug. 24.

Police arrested them shortly after, although the sources said the religious activities did not violate any law. RFA was unable to identify any charges.

“The arrested Tibetans were appointed by the local Tibetans in their area to lead religious activities,” a Tibetan living in exile, who requested anonymity for security reasons, told RFA’s Tibetan Service.

“But amidst growing religious clampdown by the Chinese government in Serta and Golog, Tibetans are not even allowed to hang prayer flags in front of their own house. They also deny Tibetans from performing Sang-sol (an incense burning ritual), because they say it is harmful to the environment,” the source said.

Chugdhar died in a prison in the Kardze (Ganzi) Tibetan Autonomous Prefecture where the other four remain in detention, another Tibetan living in exile, who requested anonymity to speak freely, told RFA.

“Chugdhar was 52 years old and he is survived by his parents. Chinese police kept denying that they tortured him to death,” the second source said. 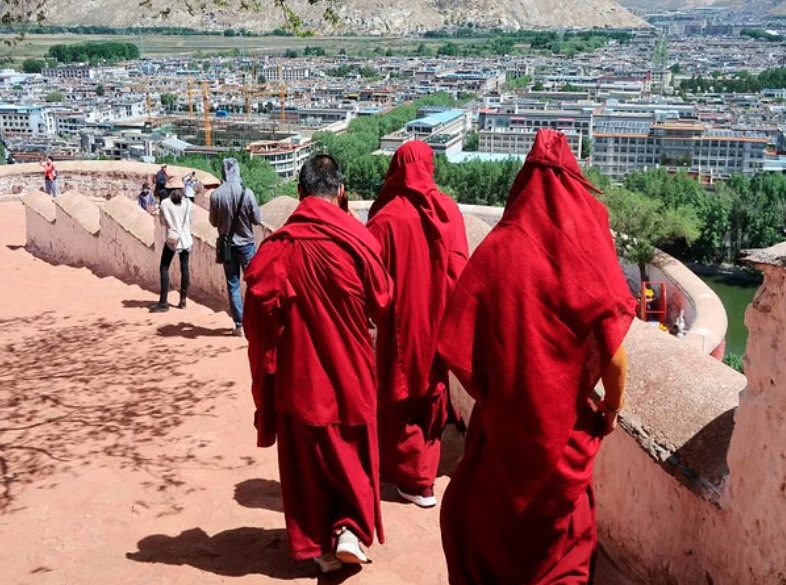