China’s statement on Panchen Lama halfhearted and nonchalant – a rebuttal 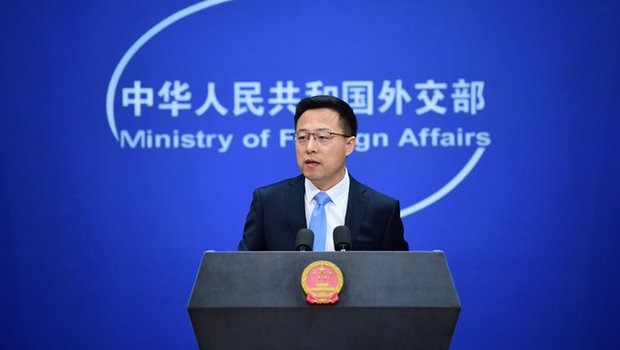 The Central Tibetan Administration (CTA) strongly refutes the Chinese Foreign Ministry spokesperson Zhao Lijian’s recent statement on Panchen Lama and urges the international community to press upon China to come out with full information on the whereabouts of the 11th Panchen Lama.

17 May 2020 marks the 25th anniversary of the enforced disappearance of Gedhun Choekyi Nyima, the 11th Panchen Lama, who was only 6 at that time. He was recognized as the reincarnation of his predecessor by His Holiness the Dalai Lama according to the age-old Tibetan Buddhist rituals. The Chinese communist regime abducted him along with his parents and installed their own puppet, Gyaltsen Norbu, as the reincarnation of Panchen Lama. Since then nothing was heard of Gedhun Choekyi Nyima and his parents and their wellbeing.

Tibetans and Buddhists around the world and the Human Rights advocates have continuously demanded information and the release of Panchen Lama. Except for a fleeting remark in 2015 of his being well, the Chinese authority has not provided any information on the whereabouts and well being of Panchen Lama and his parents.

This year, amidst the growing pressure from the International Community and the Tibetans abroad, Chinese Foreign Ministry spokesperson Zhao Lijian has on Tuesday [19 May] issued a statement that Gedhun Choekyi Nyima “received free compulsory education when he was a child, passed the college entrance examination and now has a job.” He further said that “neither the now 31-year-old man nor his family wishes to be disturbed in their current normal lives.” He gave no further details. This news has been widely circulated as “China says boy picked by Dalai Lama now a college graduate”.

The CTA strongly objects to this halfhearted and nonchalant response by the Chinese regime. China cannot just whisk the Panchen Lama issue off like this. Keeping a child and his parents incommunicado for twenty-five years is the height of repression and religious interference.

The Administration has issued a statement on the day. President Dr Lobsang Sangay challenges, “If Panchen Lama is alive and well, the world wants to see him, Buddhists need to hear from him and Tibetans want to be blessed by him. The Chinese government should stop hiding him and give him his freedom.”

China must understand that the Panchen Lama issue has become an international issue. It is an issue of children’s rights; it is an issue of gross violation of human and religious rights. The US government and parliamentarians across the world have issued strong statements to support the release of Panchen Lama Gedhun Choekyi Nyima.

Therefore, we request the Chinese government to release full information on Panchen Lama, his parents and his tutor Chadrel Rinpoche. We also solicit the support of the UN Human Rights Council and the international community to achieve the release of Panchen Lama at the earliest.

*Tsewang Gyalpo Arya is the Secretary of the Department of Information and International and spokesperson of the Central Tibetan Administration, Dharamshala.