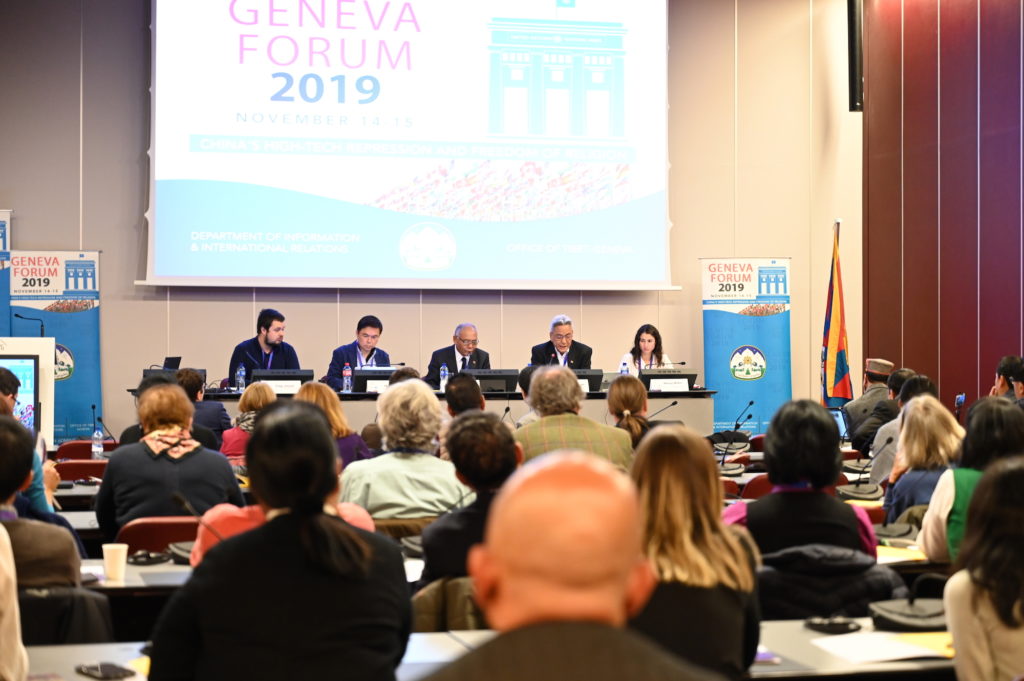 Dharamshala: The 2019 Geneva Forum focussing on four cross-cutting issues in China’s high-tech repression: Technology and the Future of Human Rights; High-Tech Repression of People of Faith in China; Beijing Export of Surveillance Technology and fourth, Combating Fears of a China-Led Orwellian World, began this Thursday.

The first panel at the ongoing Geneva Forum, moderated by Sonam Frasi, Representative for His Holiness the Dalai Lama for Northern Europe based in London, discussed the rapid proliferation of high-tech repressive tactics and technologies in China-controlled Tibet, East Turkistan (Ch: Xinjiang), and Hong Kong, China’s 2020 plan for completion of social credit system on all the Chinese population, the export of key individual surveillance technologies to authoritarian regimes and the urgent need to confront and counter the authoritarian trend.

“The primary purpose of this control mechanism is to protect the Communist Party and the people involved in the Communist system. Ethnic culture, religious beliefs are in the frontline of this mechanism. Brutal regime and control of citizen are at the heart of this technology taking place now,” said the panel moderator Sonam Frasi. “This is social engineering through an algorithm based on data collection by high tech surveillance equipment with no human feelings. Is this the world that we aspire to or should the world opposed this and what we can do?”

The former Envoy presented four key areas of concern and lessons: A. Fallacies and misconceptions about China resulting in failed policies; B. loss of credibility of western human rights policy; C. China is growing and existential threat to human rights and freedom across the world and D. Ensuring China’s commitment to international human rights standards.

“A dominant school of thought in the West that contends that quiet diplomacy is the more effective way, to avoid the loss of face and it is obvious that this restraint that has a great part in the loss of lives and freedoms of Tibetans in an overall deteriorating human rights situation in China.”

A fundamental fallacy of the Western government in promoting human rights in China, as he pointed out, is the exclusive focus and engagement with the government.

“However it is the defenders and activist of human rights and advocates of democracy and rule of laws in those countries who will shape the future course of their country.”

“A principled strategic and effective human rights policy must aim at encouraging, strengthening and empowering those forces.”

He added, “the communities of democracy must join forces and pursue a more effective, robust and strategic policy and hold China accountable for its systemic and gross violation of human right” while also stressing “the need re-dedication to our fundamental beliefs and dignity of all human beings, universal values of human rights, democracy and rule of law” to eventually strengthen the political will.

Against this background, he drew attention to the other growing corners of China exporting its key individual surveillance technologies and tools of control and oppression to authoritarians all over the world. Authored by Open Technology Fund in September this year, a research study documented China’s sale of various types of surveillance and internet censorship equipment to at least 73 countries across 5 continents. For instance, the state-backed Hikvision digital company is the largest surveillance company in the world, operating in more than 100 countries.

Outlining the furore of the Hong Kongers over the extradition and their demands, Edward laid out succinctly the fundamental difference between the Tibetan and Hong Kong issue.

“Hong Kong is not asking for independence. We want the ‘one country two systems’ to be intact for the 50-year and so on,” he said.

“China is a member of the 47-nation UN Human Rights Council and plays a negative role for myriad reasons. Their prolonged membership in the UNHRC is absurd given that China is one of the world’s worst violators of Human Rights.

Discussing the different ways that China negatively influences the UNHRC, she said, “China systematically votes the wrong way when it comes to resolution on human rights. China interrupts guest speakers as well as intimidates and harasses defenders during council sessions. China has a history fo pressing UN officials to do things in contravention of UN ethics procedures. Finally, China espouses hypocrisy and lies in coordination with other bad actors in an effort to create a false narrative of the reality of its human rights situation.”

The last speaker, Filip Jirouš, a sinologist at Charles University in Prague, specialises on China’s United Front work’s activities abroad, China technology in general, explored the “concept” behind China’s advancing digital Leninism, the Xinjiangnisation of the whole country and its looming consequences to the world.

Filip uncovered that the core thinking behind China’s digital authoritarianism is “to do what Lenin and Mao wanted to do which is to take full control of the state, economy, and people and their thinking.”

“Especially after 2017, when China started discarding everything that Deng Xiaoping and his reforms brought that is the separation of the state and the Party and the mechanism of leadership change. It is becoming clear the new path that China has chosen and it is betting all its money on the new system.”

The CCP believes that it is AI and big data analysis and collection that will allow it to carry forth its first communist movement—their original idea of how a system should work, which is why China is the largest investor into AI development.

With that in view, Filip argued that there’s much more at stake for those outside China than just money and trade partnership.

“The entire system of universal values are on stake,” he said. “There is high tech as well as high human factor.”

The Panel concurred that with China’s digital authoritarianism going global, freedoms and democracies around the world are under threat and that China’s control over the digital infrastructure worldwide means gaining a strategic position in geopolitical influence together with surveillance and data. 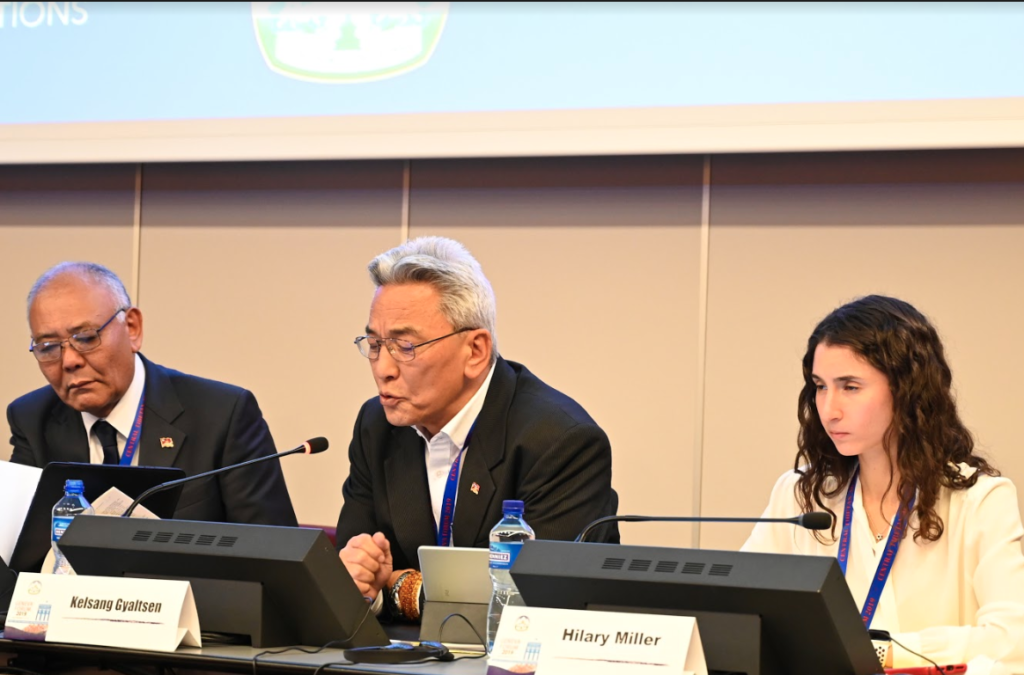 Mr Kelsang Gyaltsen, former Envoy of His Holiness the Dalai Lama, speaking at the first-panel discussion on ‘Technology and the Future of Human Rights’. 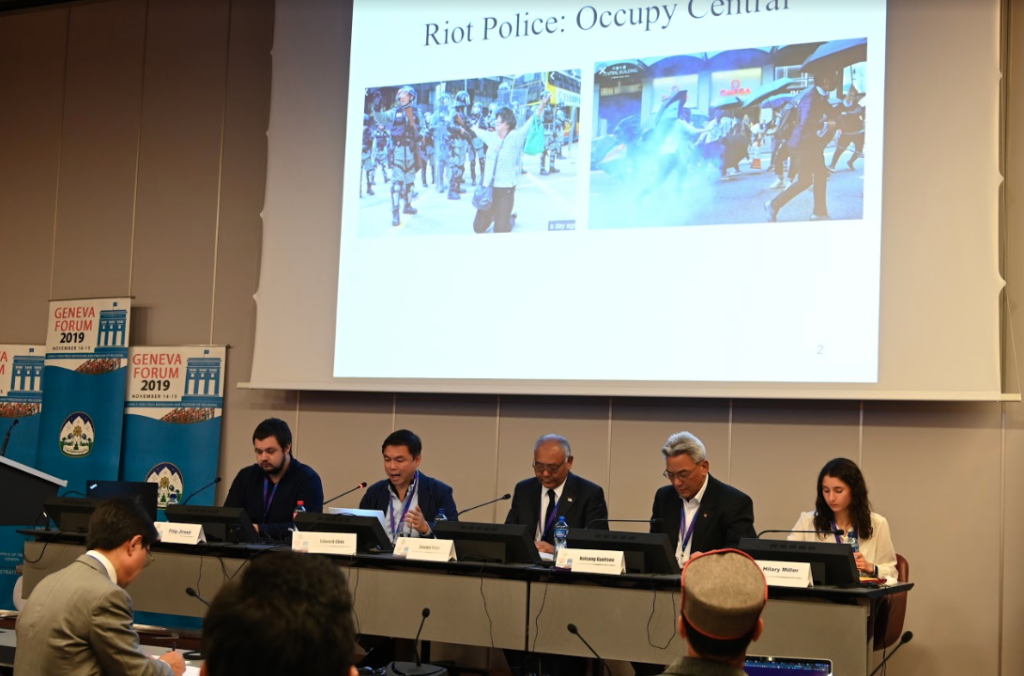 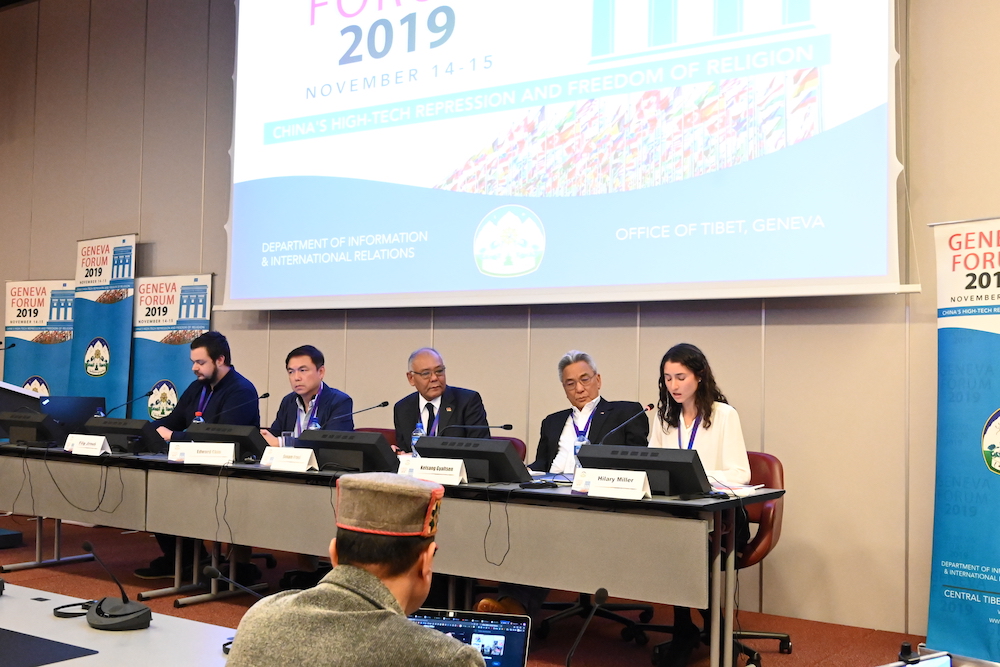 Hilary Miller representing United Nations Watch, Human Rights NGO based in Geneva, addressing the panel on ‘Technology and the Future of Human Rights’. 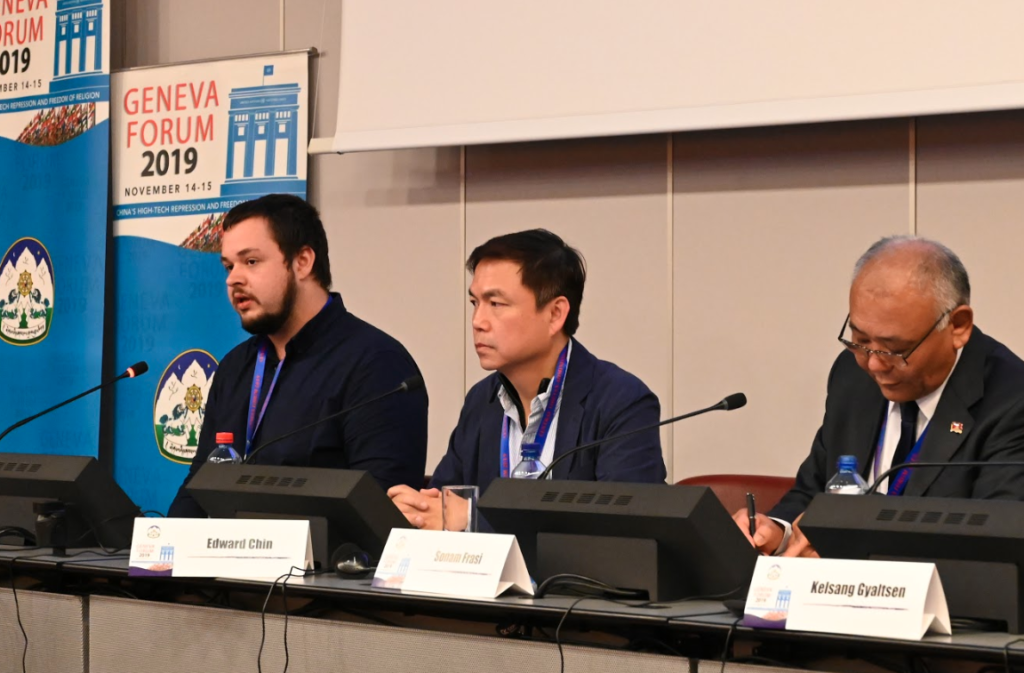 Fourth speaker, Filip Jirouš, a sinologist at Charles University in Prague speaks at the panel on ‘Technology and the Future of Human Rights’.