China sentenced a Tibetan to 13 years in 2013, news emerges now amid clampdown 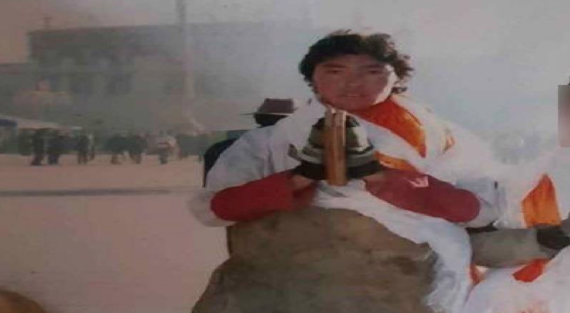 An undated photo of Namdak who has been serving 13 years prison sentence since 2013.

More than seven years ago, a Tibetan man from Kham Driru in Nagchu, “Tibet Autonomous Region” was sentenced to 13 years in prison. Namdak was sentenced around July 2013 for aiding Tibetans escaping to India. He has been imprisoned in Chushul prison located less than 50 km from Tibet’s capital Lhasa. The news got out only now.

According to our source, at that time, there were six-seven more Tibetans from Driru were sentenced along with Namdak, all to 13 years imprisonment. However, details including their names and charges are not clear at the time.

Namdak, aged around 34, is suspected to be in a serious health condition. He hails from Meri (མེ་རི་) village, Tsala (ཙྭ་ལ་) township, Driru county, Nagchu prefecture.

Around 30 Tibetans jailed for visiting India

Further, in 2013, around 30 Tibetans from the same Tsala township in Driru county were jailed upon their return from India for two years in Lhasa during which the Tibetans were subjected to torture leading to the development of health complications in some. “They were all banned from collecting Yartsa Gunbu (caterpillar fungus) and instead put through “patriotic re-education” and hard labour in labour camps. Their movements are monitored all the time and they can’t leave their town without seeking permission from the Chinese authorities,” confirmed the source.

Tibetans in Driru are also warned against contacting their family members in exile and sending money to them. The local Chinese authorities have threatened that those who fail to comply will be banned from collecting Yartsa Gunbu.

In October 2020, Lhamo, a mother of three children from Driru county died due to police torture while she was detained. Lhamo and her cousin Tenzin Tharpa were detained in June 2020 for sending money to family members or Tibetans in India.

The news emerged only recently owing to the Chinese government’s near-total surveillance and control over all means of communication, including internet censorship throughout Tibet. For years, Driru has been a hotbed of protests in defiance of Chinese rule and repressive policies in Tibet like other regions, resulting in further clampdown in the area. Thus, it makes it extremely difficult and risky for Tibetans to share any information on the ground situation.