While the Nepalese government has denied claims that China occupied part of its land along the border, PLA troops have constructed nine buildings between Limi and Lapcha in Nepal’s Humla district. 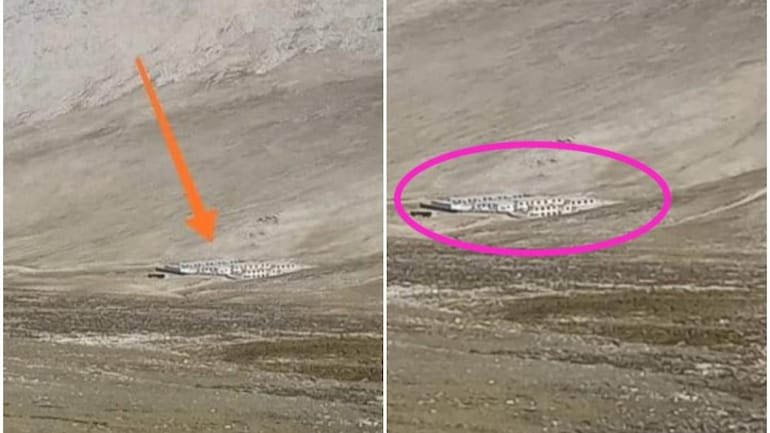 New Delhi: China has managed to erect nine buildings on land owned by Nepal while disallowing Nepali authorities from stepping foot in the area. Reports suggest that the Chinese are talking advantage of the border standoff with India and the absence of Nepalese security forces owing to the approaching winter season to gradually capture land in the region.
The most recent incident has come to light from Nepal’s Humla district where the Chinese have stealthily constructed a building in Namkhya village. In fact, work on a total of nine buildings in the same village is now complete. China did not stop there and even restricted the entry of Nepalese locals near the buildings.

According to reports, the matter first came to light when the head of the village council, Vishnu Bahadur Lama visited border areas during a routine tour. He revealed that the Chinese People’s Liberation Army (PLA) has completed the construction of nine buildings in the Lapcha area of Limi village.

Vishnu Bahadur Lama said over the phone that he was stopped from entering the area. He also claimed that Chinese soldiers involved in the construction crossed over to China when he asked them questions about the buildings. Lama, who also clicked pictures of the buildings from a distance using his mobile phone, said the construction has been done two kilometers inside Nepal’s side of the China-Nepal border.

I asked PLA troops about the buildings but they did not answer, he added. An old building was erected by China in the area 11 years ago.

Local elected representatives said construction of three buildings by the Chinese between Limi and Lapcha was halted after Nepal objected to road development by China in the area in 2019. However, the Chinese have now erected nine buildings which are now in the final phases of completion.

Village Council head Vishnu Bahadur Lama also claimed that locals are being stopped from entering their own lands while PLA troops are conveniently crossing over the border to participate in the construction of said buildings. When contacted, Humla chief district officer Chiranjeevi Giri said he has no knowledge of Chinese erecting buildings between Limi and Lapcha.

Now, Nepalese security forces along with measurement and survey department officials have been dispatched to the area concerned.

Neither Nepal’s Home Ministry nor Foreign Ministry has issued a statement in this regard. It seems like the country’s top officials are waiting for chief district officer Chiranjeevi Giri’s report.