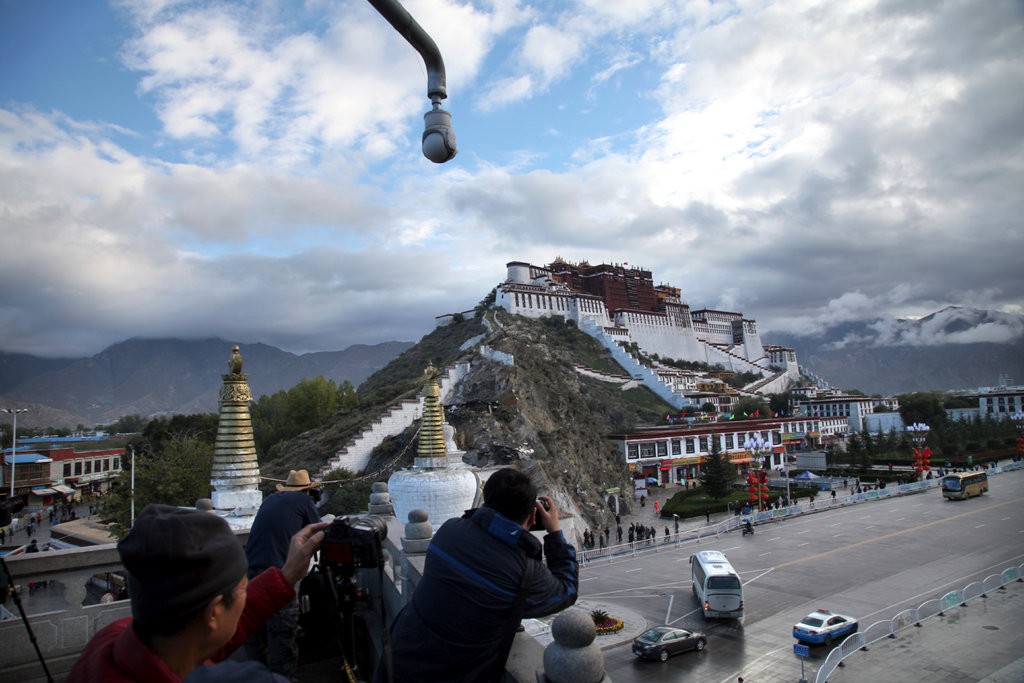 A security camera monitored visitors to the Potala Palace in Lhasa, the capital of the Tibet Autonomous Region in China. Photo/Aritz Parra/Associated Press

Foreign travelers are barred from visiting Central Tibet for two months as China has closed the so-called Tibet Autonomous Region (TAR) to the world. This closure comes just ahead of the anniversary of the 1959 Tibetan National Uprising Day and the 2008 mass protests. The news about the closure was released by Tibet tour agents while Chinese official media channels have remained silent on this ban. According to the tour agents, the TAR has been closed to foreigners from January 30 until April 1.

This year marks the 60th year of the Tibetan National Uprising against Chinese occupation in Tibet’s capital Lhasa, which led to the violent crackdown on Tibetans, killing of thousands of Tibetans in Tibet, and the occupation of Tibet which eventually forced His Holiness the Dalai Lama and many Tibetans to escape into exile.

The Central Tibetan Administration’s spokesperson and Department of Information & International Relations Secretary Dagpo Sonam Norbu remarked, “The ban shows Tibet’s instability under the Chinese rule and the Tibetan people’s constant defiance of Chinese occupation which it claims as ‘liberation of Tibet’ after the Tibetan people’s peaceful protest on March 10, 1959.”

“Even though China boasts off massive economic development, rights and special provisions for Tibetans in Tibet, in reality, the Chinese authorities infringe the Tibetan people’s rights and freedoms, such as of religion and expression,” explained Secretary Dagpo.

He further said, “Foreign diplomats, media personnel, tourists and Tibetans in exile are restricted from visiting Tibet whereas the Chinese officials visit the US freely whenever they like to. The US Congress passed the Reciprocal Access to Tibet Act, now the implementation remains the most crucial part of the law. We have to actively engage in making sure that the law is implemented successfully.”

The closure has become an annual practice since the 2008 mass protests in all regions of Tibet including “TAR”. Last year China enforced similar closure in the region between February 10 and March 31.

China has constantly received backlashes from the international community and human rights experts regarding the deteriorating human rights situation in Tibet and China.

Earlier this month, in the Freedom of the World Report 2019, Tibet is once again ranked the second least free region in the world, even worse than North Korea. Over a dozen countries raised their concerns and questioned China on Tibet’s situation during China’s third Universal Periodic Review at the UN last November.

The shutdown of Central Tibet till April, on top of the already obsessively clamped-down region, will be a total blackout period with all access to the region and information flow blocked completely, naturally raising serious concerns about the Tibetans.