China cannot pick the next Dalai Lama, only Tibetan Buddhists can, says US Amb. Brownback 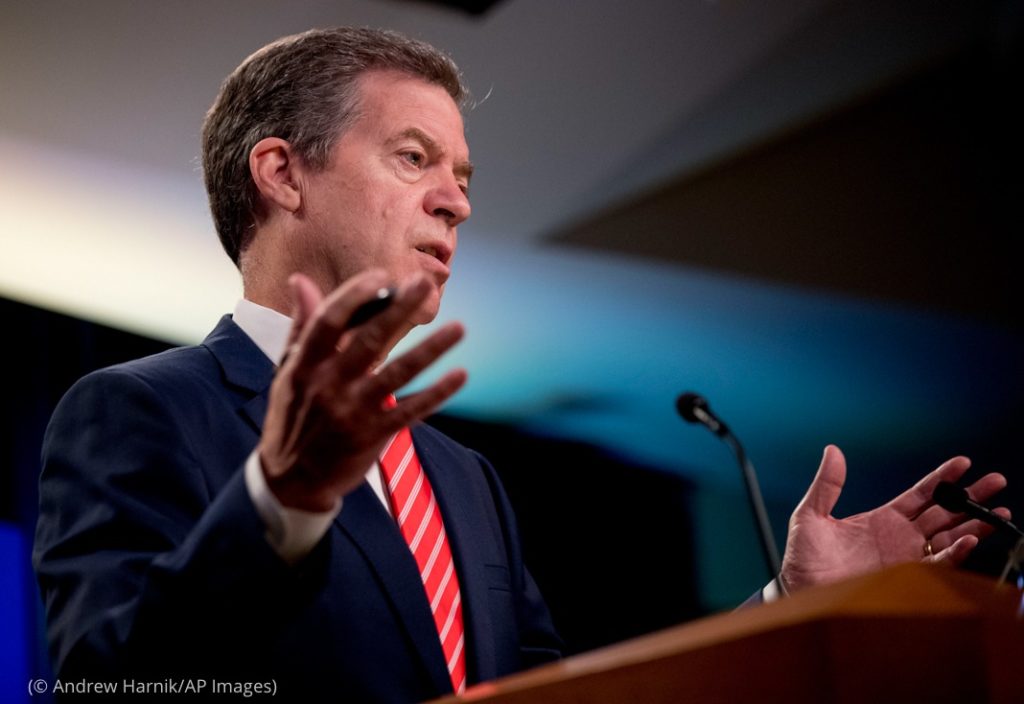 Dharamshala: Ambassador at Large for International Religious Freedom Sam Brownback has opposed China’s intervention in picking the next Dalai Lama saying, “The United States supports – that religious community has the right to pick their own leadership. That certainly includes the next Dalai Lama”.

Ambassador Brownback was addressing the 2020 Ministerial to Advance Freedom of Religion or Belief where he answered some pressing religious freedom issues in the world notably China’s persecution of Uyghurs, Tibetan Buddhists, Christians, and Falun Gong, etc.

With respect to the persecution of Uyghurs, Ambassador said it’s one of the worst religious persecution situations in the world today and added that China’s justification in locking up millions of Uyghurs in order to prevent terrorism is a futile effort.

Ambassador was critical about the use of technology to persecute religious adherence in Tibet which is now being replicated in Xinjiang. He noted that such use of virtual police states to persecute religion must be stopped from spreading to other countries around the world.

“The Tibetan Buddhists have successfully picked their leader for hundreds of years, if not longer, and they have the right to do that now” he added and assured that the US will continue to push back China’s claim over the issue of reincarnation.

Last year, Ambassador Brownback visited Dharmashala, the exile seat of Central Tibetan Administration where his presence made a powerful impact of hope upon the Tibetans while sending a tough message to China.

The Ministerial to Advance Religious Freedom brings together leaders from around the world to discuss the challenges facing religious freedom, identify means to address religious persecution and discrimination worldwide, and promote greater respect and preservation of religious liberty for all. This event focuses on concrete outcomes that reaffirm international commitments to promote religious freedom and produce real, positive change.