China at the bottom of global rankings in Democracy Index 2019 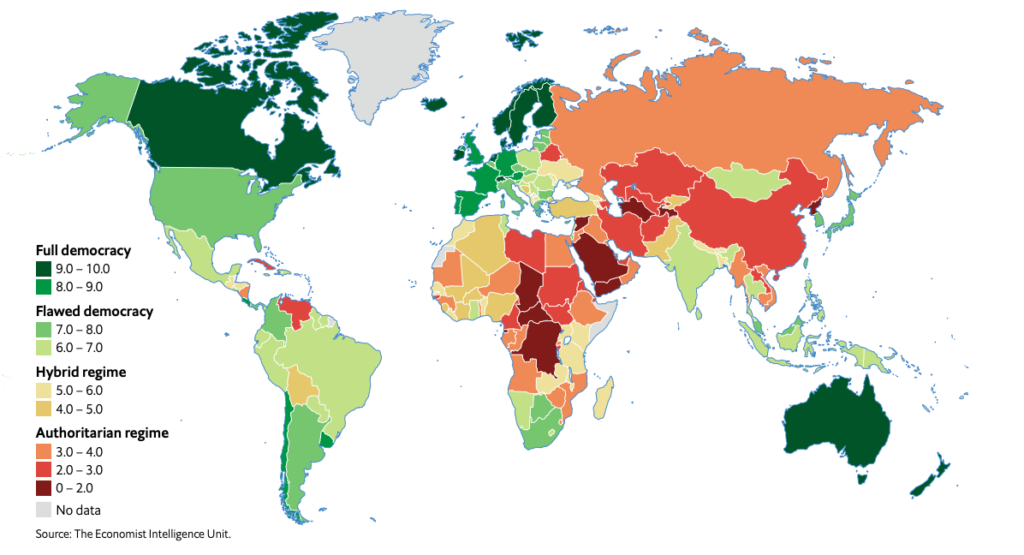 Geneva: China which is categorised as the authoritarian regime under the Democracy Index has seen the greatest decline in its global rankings. It is now ranked close to the bottom of the global rankings at the 153rd rank out of the 165  independent states surveyed.

China saw a fall of 23 places down the global rankings mainly due to its intensified discrimination against “minorities” in the past year. The authoritarian regime of China has been constantly infringing on the civil liberties of its population, in particular, the “minorities” and has been subjecting them to continued digital surveillance.

Tibetans who are considered “minorities” by the authoritarian regime of China are being subjected to “patriotic re-education camps”. The Larung Gar and Yachen Gar Buddhist centres were demolished and the resident monks and nuns were forcefully evicted and many disrobed. There are no civil liberties whatsoever in China occupied Tibet. So far 154 Tibetans have self-immolated in Tibet since 2009 as a mark of peaceful protest against the authoritarian Chinese regime. The system of mass incarceration being carried out in East Turkestan (CHN: Xinjiang) was first introduced and experimented in Tibet. In fact the Communist Party Secretary of “Xinjiang Uyghur Autonomous Region”, Chen Quanguo was the Communist Party Secretary of the “Tibet Autonomous Region” from 2011 to 2016 and was later promoted to “Xinjiang” in 2016.

The full report can be viewed here.