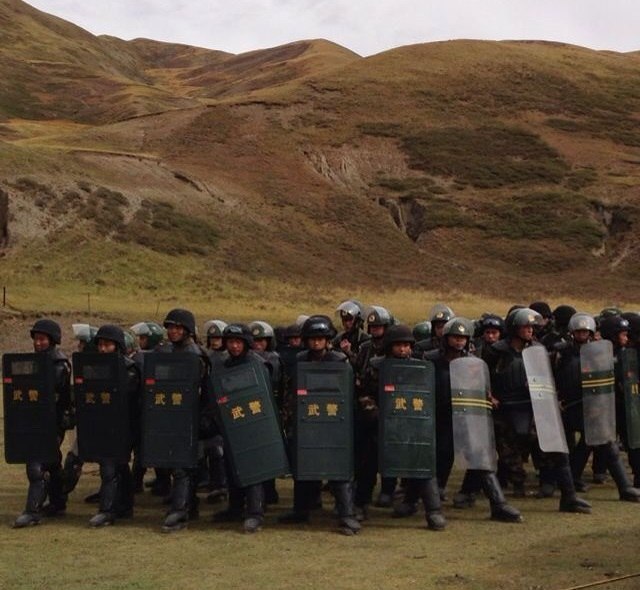 Dharamshala: Several Tibetans in Driru county, Nagchu, in the so-called Tibet Autonomous Region (TAR) have become the latest victims of China’s unlawful imprisonment of Tibetans. The arrests took place in April 2021 and while one Tibetan, Gyajin, has been identified, the names of others are not known at the time.

The Chinese authorities arrested Gyajin, a 44-year-old and a father of four, on account of speaking to Tibetans living in exile. Gyajin hails from Meri (མེ་རི་) village, Tsala (ཙྭ་ལ་) township, Driru county, Nagchu prefecture. According to the source, Gyajin would often encourage other Tibetans to study and preserve the Tibetan language and to maintain unity amongst each other. He also promoted the protection of the fragile Tibetan environment.

In the last decade, widespread protests against the Chinese authorities have swept through Driru County making it one of the regions that has seen frequent protests against the Chinese rule. Hence, security is specially tight and information on the situation inside the area is hard to come by. Due to massive surveillance in the area, it is extremely difficult to get immediate news from Driru to outside Tibet.

The latest news reported on Driru was the death of Kunchok Jinpa, who passed away due to torture injuries sustained in the Chinese prison. In August 2020, Lhamo, a 36-year-old mother of three from Driru county, also died due to torture in Chinese custody.

Driru is rich in natural resources, and is known for its Yartsa Gunbu (caterpillar fungus) which has become the main source of income for most of the local Tibetans. Tibetans would freely engage in the collecting of Yartsa Gunbu until recently, when the Chinese authorities rolled out a new set of rules restricting the period of collecting the plant from 15 May to 30 June 2021, for a period of only 45 days. Local authorities also use Yartsa Gunbu collection as a means of punishing Tibetan dissidents by forbidding them from it.

Driru has been an area that has constantly resisted the Chinese government’s oppressive policies for many years. In 2010, Chinese workers came to Driru claiming to have come to construct a dam but were actually undertaking mining activities at the mineral-rich, sacred Naglha Dzamba mountain in Driru. The local Tibetans protested against the mining and the authorities agreed to halt the work. In May 2013, when Chinese-government affiliated miners again came to exploit the sacred mountain, over 4,500 Tibetans gathered to protest the mining and also filed petitions to various Chinese government offices. Several Tibetans who participated in the anti mining protests were later met with severe repercussions.

Additionally, the local government’s attempt to impose a political re-education campaign, particularly forcing Tibetans to fly Chinese flags on their roofs, exacerbated the problem as locals refused to conform. More protests took place and more arrests ensued. Towards the end of 2013, the Chinese officials positioned a huge number of Chinese security forces in the area. In the following years, local officials continued to arrest and sentence Tibetans believed to have taken part in the earlier protests. A major target was those who were suspected of sharing information about what was happening in Driru outside Tibet.

– Filed by the UN, EU and Human Rights Desk/DIIR

Friends of Tibet from Kazakhstan visit Office of Tibet Moscow