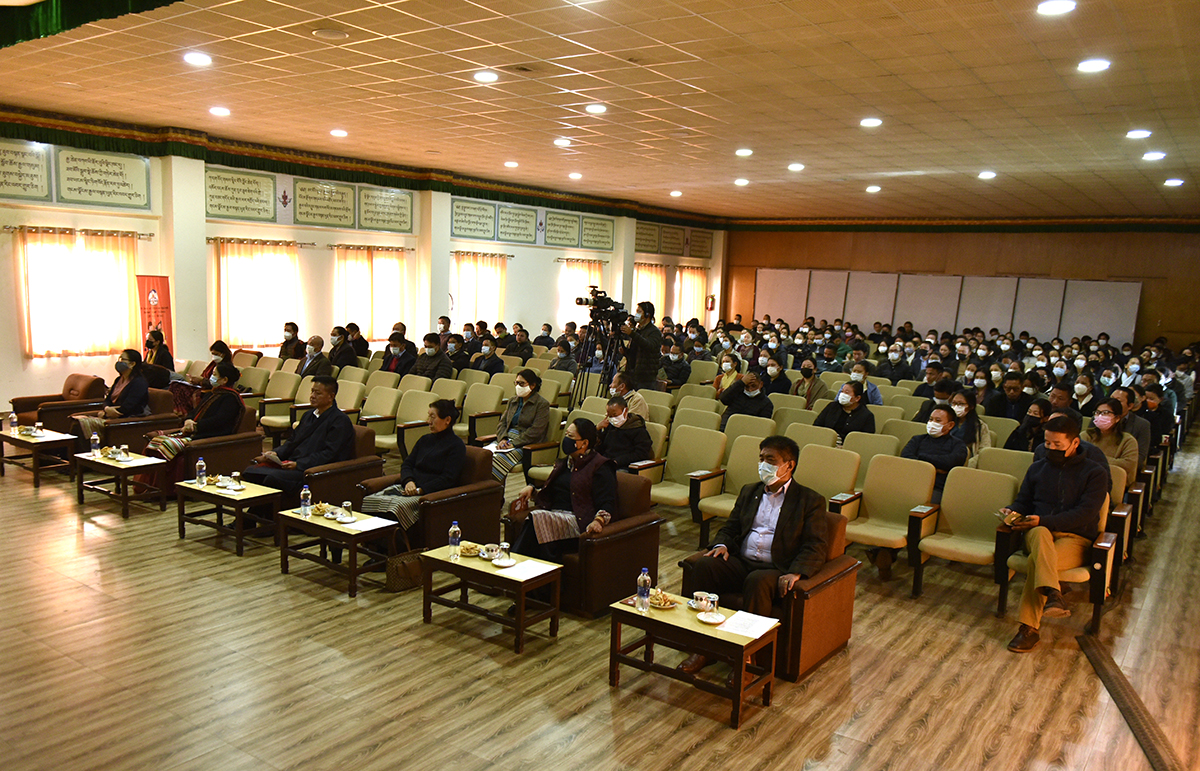 Sikyong Penpa Tsering, Kalons of the 16th Kashag and Deputy Speaker Dolma Tsering along with the senior officials and staff of the Central Tibetan Administration at Sikyong auditorium in Gangchen Kyishong, 25 November 2021. Photo/Tenzin Phende/CTA

Dharamshala: The Central Tibetan Administration (CTA) marked the International Day for Elimination of Violence Against Women on 25 November with a half-day event at the Sikyong auditorium in Gangchen Kyishong to raise awareness on gender-based violence and abuses in the Tibetan community. The event was organised by the Women’s Empowerment Desk (WED) of Department of Finance, and attended by the entire staff and officials of the Central Tibetan Administration including Sikyong Penpa Tsering, the three Kalons of the 16th Kashag, and Deputy Speaker Dolma Tsering of the Tibetan parliament.

Sikyong Penpa Tsering, in his address, stated that gender violence is an issue that is as old as the species itself. He said that in the past the societal structure is such that might is equivalent to being right. Those with more strength and power is given the right to rule and suppress others. However, over time, with the development of education and conscience, the situation has started to get better with social attitudes toward gender equality getting more prominent, he said.

Referring to the Tibetan community, he noted that the situation in terms of gender equality is slightly better than most other communities as respect for others is ingrained in the Tibetan mindset. However, he admitted that being better than others is not enough and expressed the Tibetan administration’s firm commitment towards creating a just and equitable society irrespective of gender and background. He said that violence against women is very rarely discussed in public even though it is not uncommon in the community and urged the victims to raise their voice. He further said that the basic principle towards creating gender equality in any community is to cultivate attitudes of equality whether it is in the form of opportunity or treatment.

He further urged women to offer support to each other and help those who are undergoing stress or abuse to come out and challenge the perpetrators. He said that women empowerment cannot happen if women doesn’t take the opportunities available to them. Appreciating the Women Empowerment Desk’s constant efforts, Sikyong said that women empowerment can only be successful where there are equal opportunities and an equal willingness on the part of women to take these opportunities.

Sikyong also highlighted the contributions of His Holiness the Dalai Lama in creating a political system in exile which facilitated equal opportunities for everyone. This has led to a number of Tibetan women performing important roles in the community to lead and serve the public including the current three women Kalons in the present Kashag, he remarked. 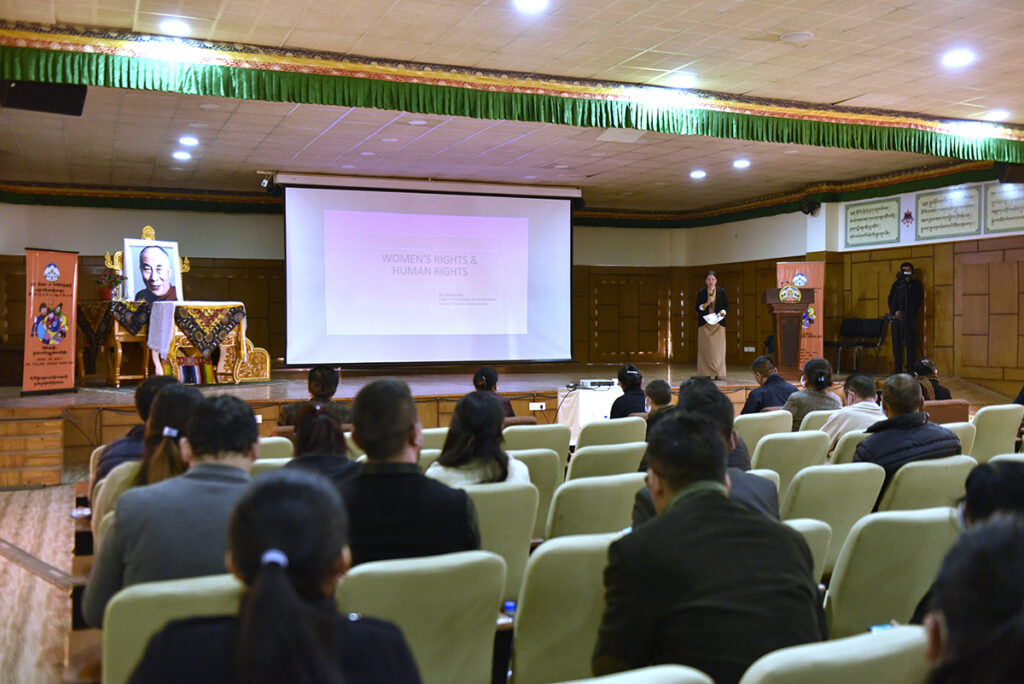 As in previous years, this year’s International Day for the Elimination of Violence against Women launches 16 days of activism to be concluded in 10th December 2021- the day that commemorates the International Human Rights Day. Since women’s rights are part of human rights, Ms Dukthen Kyi (head of DIIR’s Human Rights and Advocacy desk) presented the status of Tibetan women under the Communist regime during the event. Though reporting the equal status of women in Tibet by Beijing, Dukthen Kyi emphasised what has not been reported by the Chinese government, giving the instances of Tibetan women like Rinchen Kyi and Lhamo. She also mentioned the expulsion and forced conversion of nuns in Yachen Gar along with the issues of force sterilisation carried out inside Tibet despite the Chinese government’s agreement of the Convention on Elimination of all forms of Discrimination Against Women (CEDAW).

Apart from highlighting the status of women inside Tibet, Ms Tenzin Kaysang from Drokmo (a non-governmental organisation) addressed the issue of gender-based violence in the exile Tibetan community, focusing on the vulnerability of women and children in the community. She underlined the existence of sexual violations to which the CTA is responsible for creating a safe workplace and schools. 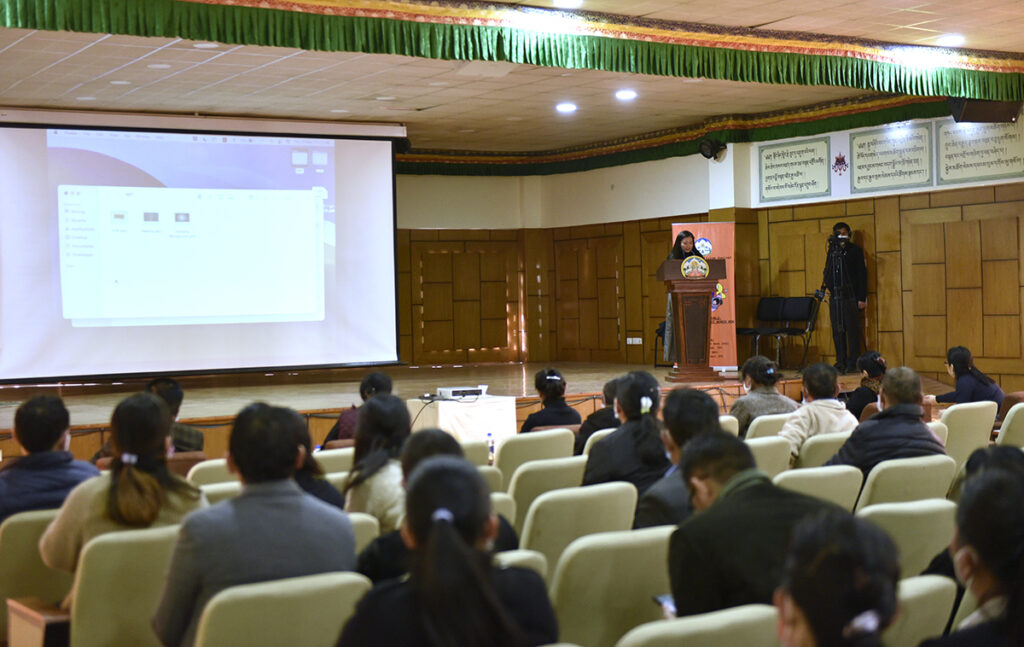 Following Tenzin Kaysang, Deputy Speaker Dolma Tsering emphasised the grass-root level of such issue that eventually built into the bad culture. As a former teacher and a mother, Deputy Speaker said the harassment originates from parents and teachers’ negligence at home and schools. She added that domestic violence is caused by the toxic relations between two individuals, ultimately affecting the growth and psychology of their children. 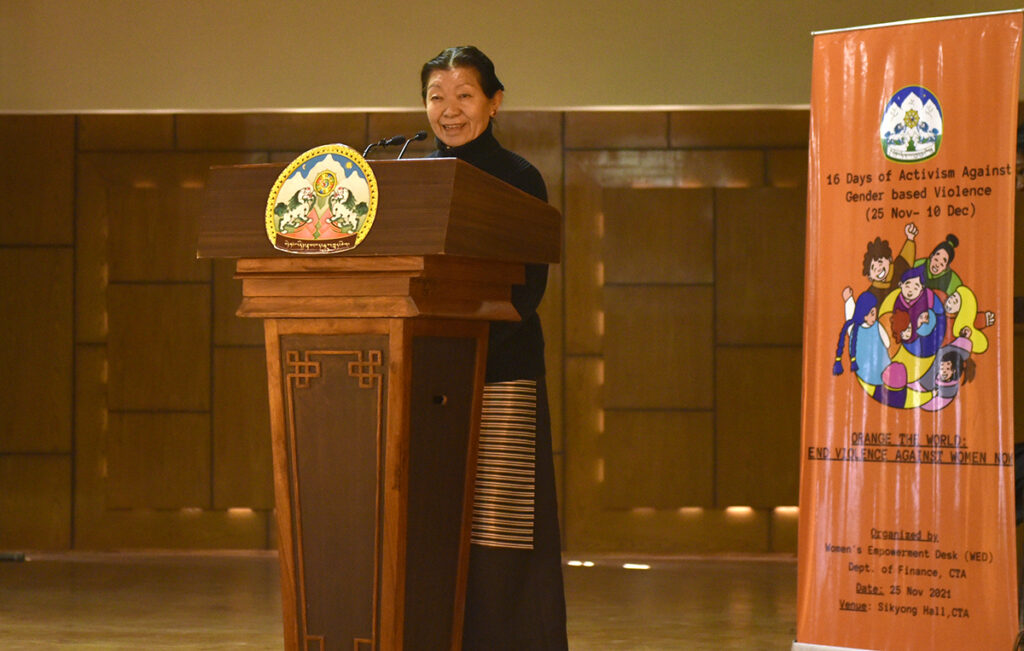 Nandita Bhatt from Martha Farrell Foundation spoke about the sexual harassment of women at the workplace, considering it a global issue. Nandita elaborated the matter in depth before appreciating the WED and Drogmo for installing their committee members across Tibetan settlements. She also underlined the presence of a female in power at CTA as an opportunity for disclosing and addressing the issue effectively. Following Nandita’s lengthy presentation, a question from the audience was answered by the speakers. 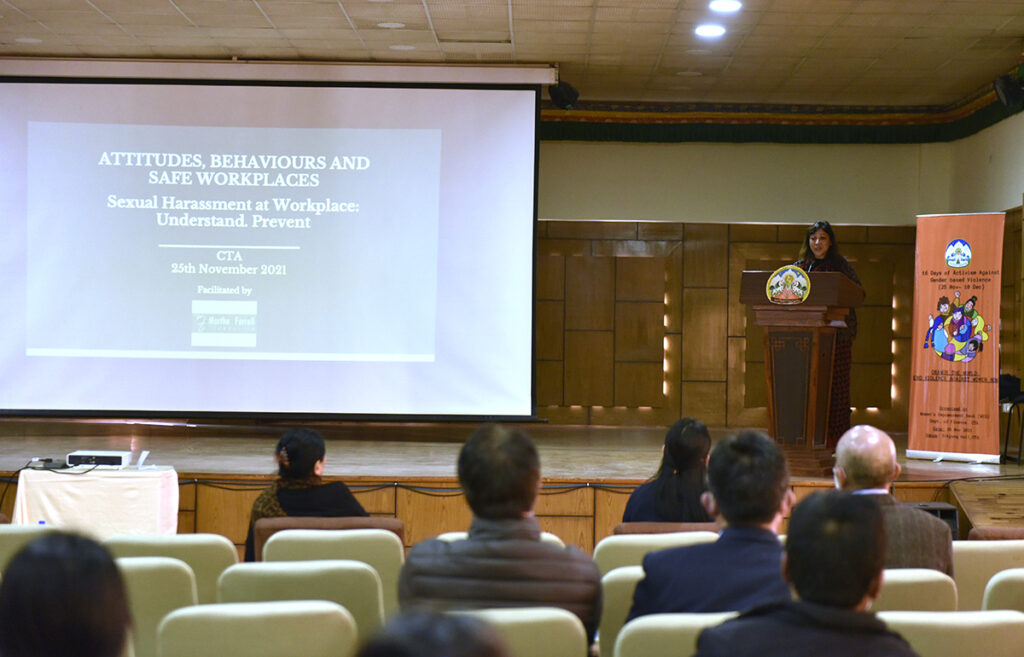