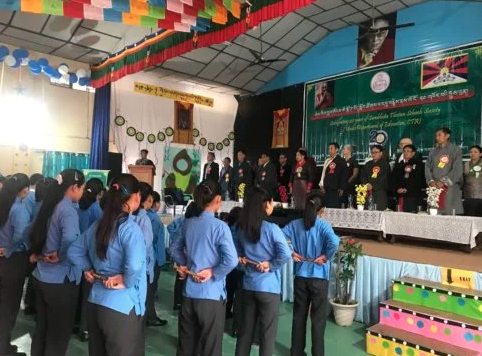 The 20th-anniversary celebration of Sambhota Tibetan Schools Society convenes with the singing of the national anthem.

Dharamshala: Turning 20 is often recognised as an important milestone in someone’s life, the notion which was aptly displayed by Sambhota Tibetan Schools Society (STSS) today who proudly celebrated its 20th anniversary since its establishment under the Department of Education.

The event was honored with the presence of Education Kalon Dr. Pema Yangchen, Special guest Karma Chungta, Secretary Karma Singey of the Dept. of Education, Director Namgyal Yarphel and vice-Chairman Tsewang Norbu of STSS accompanied by delegations of Simon Fraser University (SFU) and DANIDA. In gathering were around 108 teachers and former teachers under STSS whose dedicated services of more than 20 years created a jubilant vibe.

The event also had a special significance as October 17 also marks the day when His Holiness the Dalai Lama received the U.S Congressional Gold Medal from US President George W. Bush in 2007. 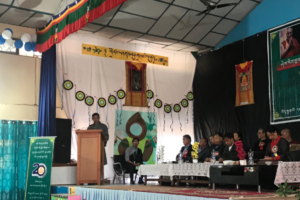 Director Namgyal Yarphel addressed the gathering with his speech on the developments that have taken place under STSS, highlighting major transformations and initiatives taken by the organisation. He also expressed his further wishes and changes he would like to bring while emphasising the initiative to publicly acknowledge and award teachers for their long-standing dedicated service that otherwise often go unsung.

Education Kalon and the Chief Guest of the occasion Dr. Pema Yangchen dedicated the success of the educational affairs in Tibetan exile to His Holiness the Dalai Lama for prioritising the education of Tibetans above everything else.  She further thanked the teachers and staff for their long years of devoted service in propelling the overall development of students. 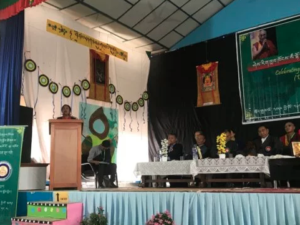 While the education standard in Tibetan exile has relatively enhanced, there is a daunting concern over the gradual fall in the number of Tibetan students enlisting in Tibetan schools. In order to bridge this gap, Kalon advised the need of both parents and teachers to support and encourage the Basic Education Policy (BEP)-an official Education policy of CTA essentially premised on the profound teachings of His Holiness the Dalai Lama on Tibetan language, traditional wisdom, culture, and Buddhist tradition. She encouraged the parents to fully understand the greater significance of the BEP towards the preservation and full realisation of the rich Tibetan heritage as well as in enabling the holistic growth of children.

“Afterall our goal is to nurture our children into becoming a good individual before anything else” asserted Kalon Pema Yangchen.

One of the most sentimental moments of the event was the felicitation of the teachers and former teachers of Sambhota family whose extended service of commitment and enthusiasm itself is the glory of this milestone. 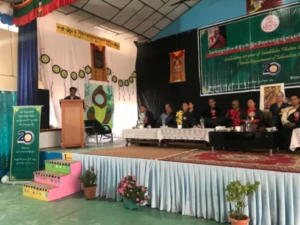 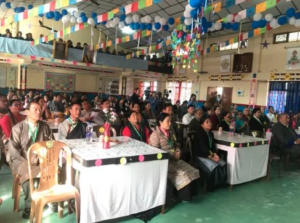 Teachers and former teachers including the staff of Sambhota Tibetan Schools in exile. 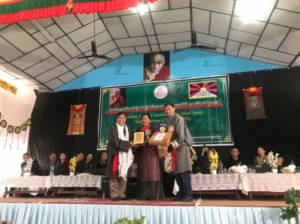 Education Kalon felicitating a teacher for his more than 20 years of service. 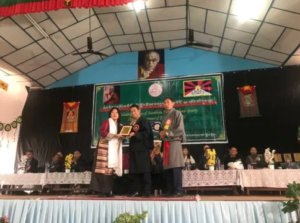 Education Secretary felicitating a teacher for her more than 20 years of service.