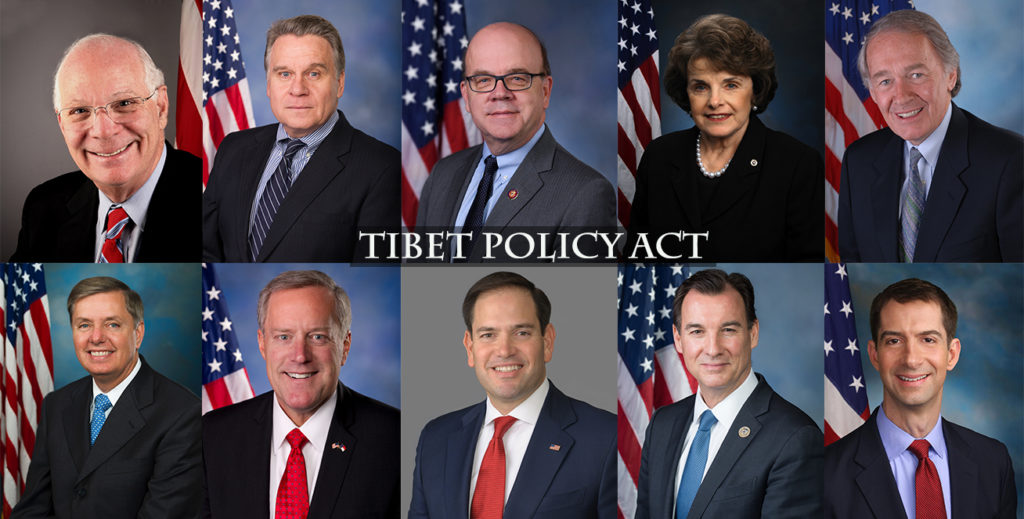 “I am proud to support this new legislation to strengthen U.S. support for the Tibetan people in their struggle for human rights, religious freedom and genuine autonomy,” said Representative McGovern. “Chinese officials should be aware that efforts to interfere in the Tibetan Buddhist practice of choosing its religious leaders, including a possible 15th Dalai Lama, will be strongly opposed by the U.S. and subject to targeted sanctions including those in the Global Magnitsky Act.”

“This bipartisan bill, which I am proud to lead in the Senate, is a much-needed update of U.S. policy toward Tibet,” said Senator Rubio. “We must continue to shine a bright light on the Chinese government’s repression of the Tibetan people and explore new tools to protect their religion, language, and culture, both inside and outside China.”

In the seventeen years since the original Tibetan Policy Act of 2002 was signed into law, the human rights situation in Tibet has worsened. The Chinese government has refused to enter into a dialogue with Tibetan leaders. And Chinese officials have threatened to select Tibetan Buddhist leaders, including a future 15th Dalai Lama, in a clear violation of international religious freedom as well as the traditional practices of the Tibetan Buddhist faith community. Further, the policies of the Chinese government have severely degraded Tibetan religion, culture, language, livelihoods, and environment.