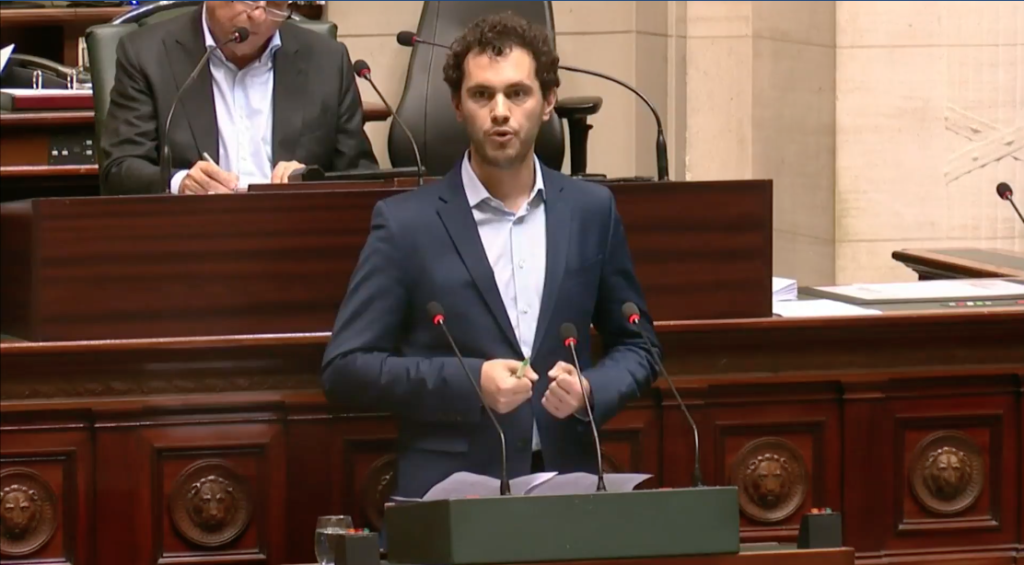 Brussels: Samuel Cogolati, Federal parliamentarian of Ecolo-Goren Party, Belgium has issued a public statement of support for Gedhun Choekyi Nyima, the 11th Panchen Lama. In his April 8 statement, he has urged the Belgian Foreign Ministry to send a strong message to Beijing for the unconditional release of the Panchen Lama.

Mr Cogolati is a strong supporter of the Tibetan people. As a close friend of the Office of Tibet, Brussels, Representative Tashi Phuntsok has met him several times over the last months. He was also a key-note speaker during the recent March 10 anniversary in Brussels. He was also instrumental in getting the Belgian Government statement on the issue of succession of His Holiness the Dalai Lama.

Mr Cogolati’s statement is of vital significance as the 25th anniversary of the disappearance of Gedhun Choekyi Nyima falls next month. Also on April 25, Gedhun Chokyi Nyima will be 31 years old. He has spent a quarter of a century under enforced disappearance under China.

Below is the statement issued by MP  Hon. Cogolati on Gedhun Choekyi Nyima. 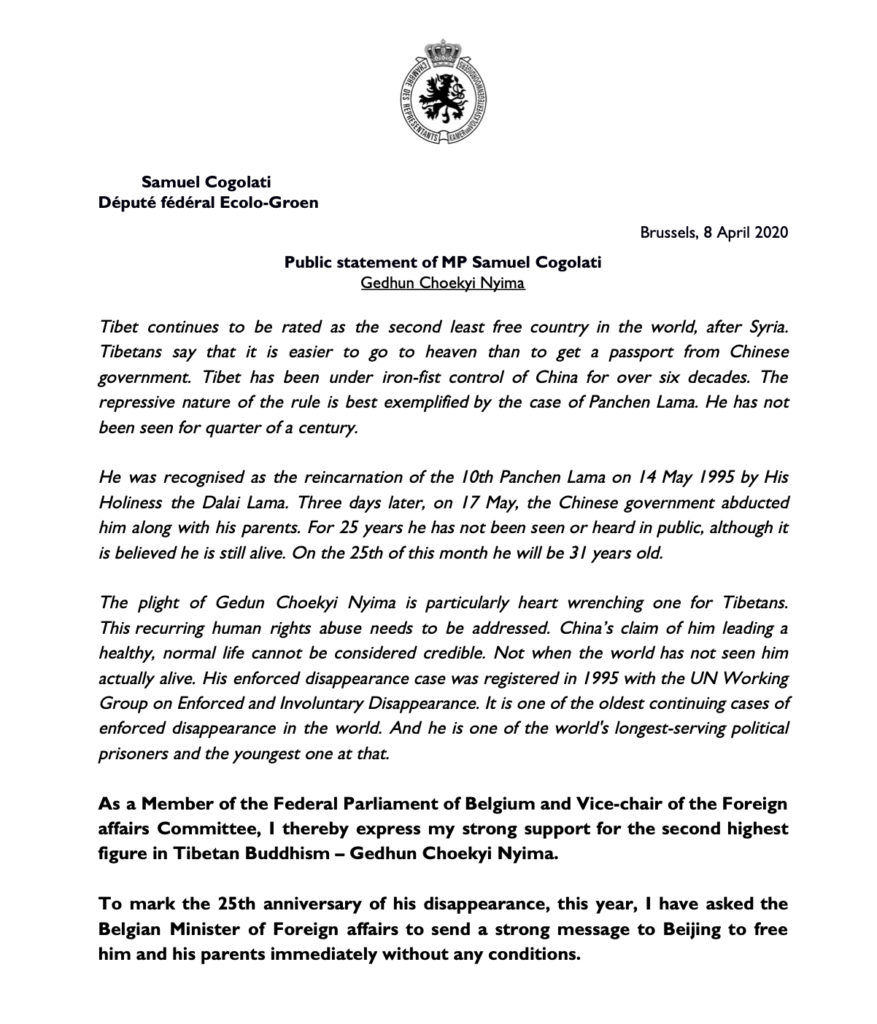 Oral question by Samuel Cogolati to the Minister of Foreign Affairs and Defense, Mr Phillipe Goffin on the disappearance of Gedhun Choekyi Nyima, the 11th Panchen Lama.

In 1995, then aged 6, Gedhun Choekyi Nyima had been declared as the reincarnation of the Panchen Lama by the Dalai Lama. He was immediately arrested by the authorities and has not been seen since. Beijing had immediately designated its own Panchen Lama, the eleventh of the title, instead. He has not been seen or heard for 25 years and it symbolizes in the eyes of the Tibetans the repression of the communist regime in Tibet. This April 25, he will be 31 years old.  What is Belgium’s position on this enforced disappearance in China? To commemorate the 25 years of his disappearance, does Belgium intend to send a strong message to China to liberate the Panchen Lama?