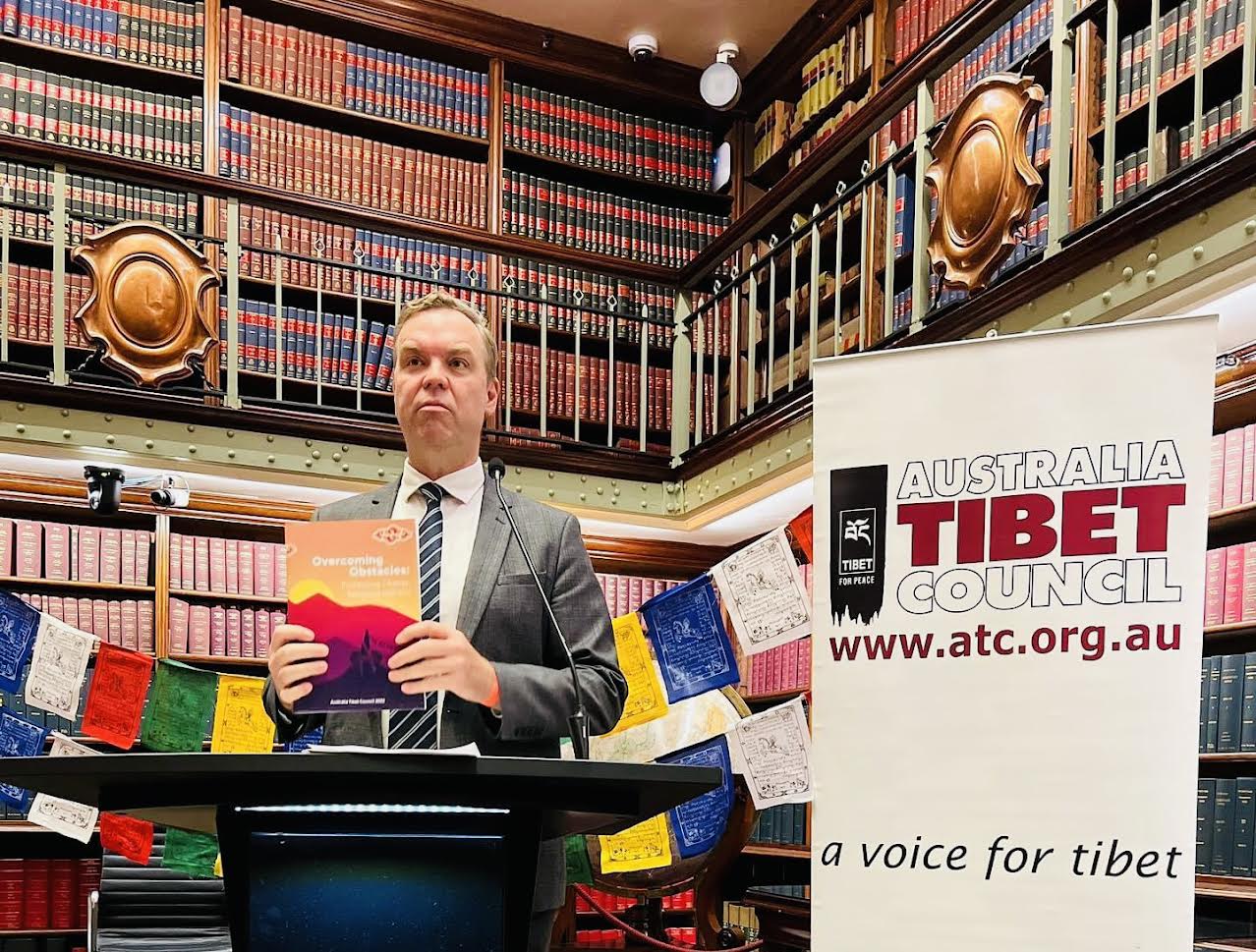 Canberra: On the 27th anniversary of the forced disappearance of 11th Panchen Lama Gedun Choekyi Nyima, the Australia Tibet Council (ATC) launched its new report on the systemic attack on Tibetan religious identity titled “Overcoming Obstacles: Protecting Tibetan Religious Identity” on 17 May at the NSW State Parliament in Sydney.

Sikyong Penpa Tsering sent a video message on the occasion thanking the Australia Tibet Council, members of the NSW state legislative and Tibetan community for raising awareness about the 11th Panchen Lama who was abducted by the Chinese authorities in 1995 at the very young age of six. He said “the forced disappearance of Panchen Lama is one representative case of so many other Tibetan political prisoners also suffering different states of torture and incarceration in different prisons. Therefore, we seek the international community to help us in creating more awareness on Panchen Rinpoche Gedun Choekyi Nyima and putting pressure on the Chinese government to tell the world community about the whereabouts and wellbeing of Panchen Rinpoche and to reinstate him in the religious leadership that he is born to do.”

Honourable Jamie Parker, member of the NSW Legislative Assembly joined Representative of His Holiness the Dalai Lama to Australia, New Zealand and South-east Asia Karma Singey and the Tibetan community of NSW in launching this important report that outlines the efforts of the Chinese Communist Party (CCP) to destroy and sinicize Tibetan Buddhism.

Representative Karma Singey expressed his gratitude to the Australia Tibet Council in bringing out the report on the Chinese government’s attack on the Tibetan religious identity. 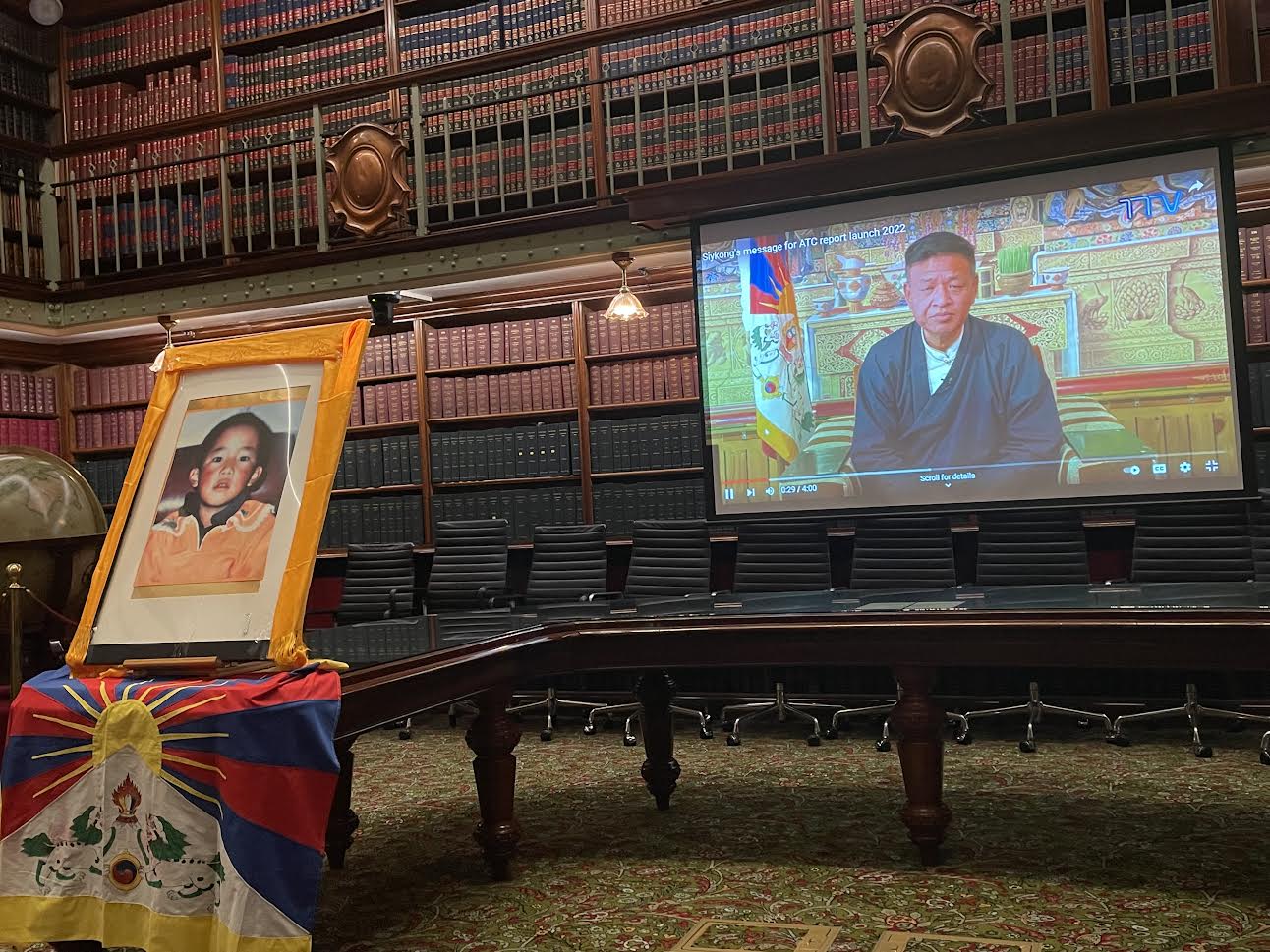 Emphasising on the significance of the new report he said, “this comprehensive report will not only raise awareness about the real situation inside Tibet, but also serve as a powerful recommendation to urge the Australian government to adopt a policy position on the repressive policies of the Chinese government in Tibet.”

He further thanked the Australian leaders, Tibet support groups and friends of Tibet who continue to support the just cause of Tibet, and said, “Your understanding of the plight of the Tibetan people and your sustained support encourages us to continue our struggle and provides us with hope for the future”.

A former Tibetan political prisoner and former president of the Gu-Chu-Sum movement Yeshi Togden spoke about his resistance to the Chinese government in prison and the human rights abuses taking place in Tibet.

The event concluded with the Song of Unity sung by two young Tibetans from the NSW Tibetan Community and prayers for the long life and immediate release of the 11th Panchen Lama from Chinese captivity. 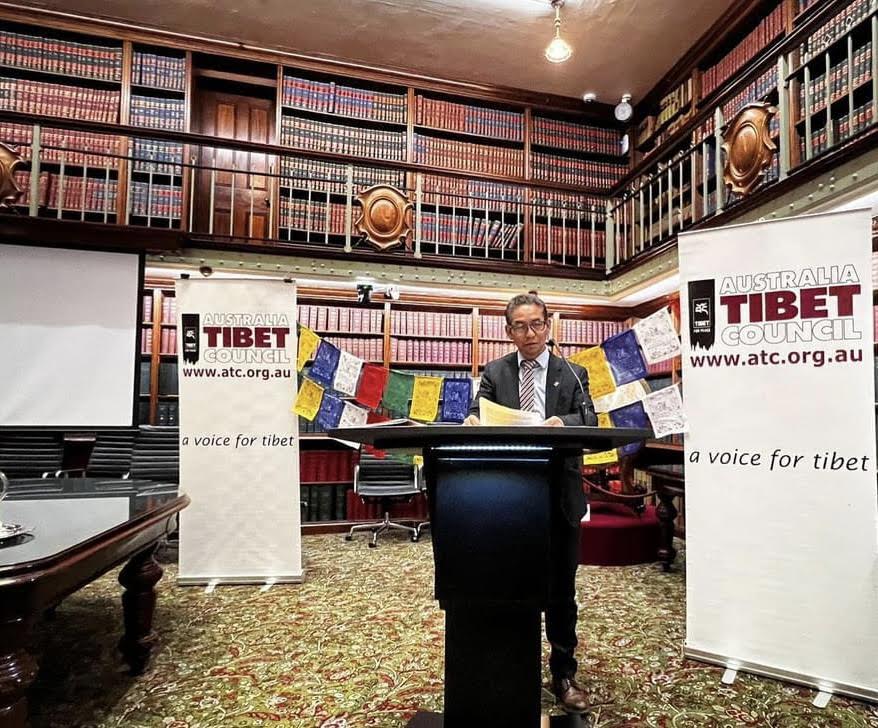 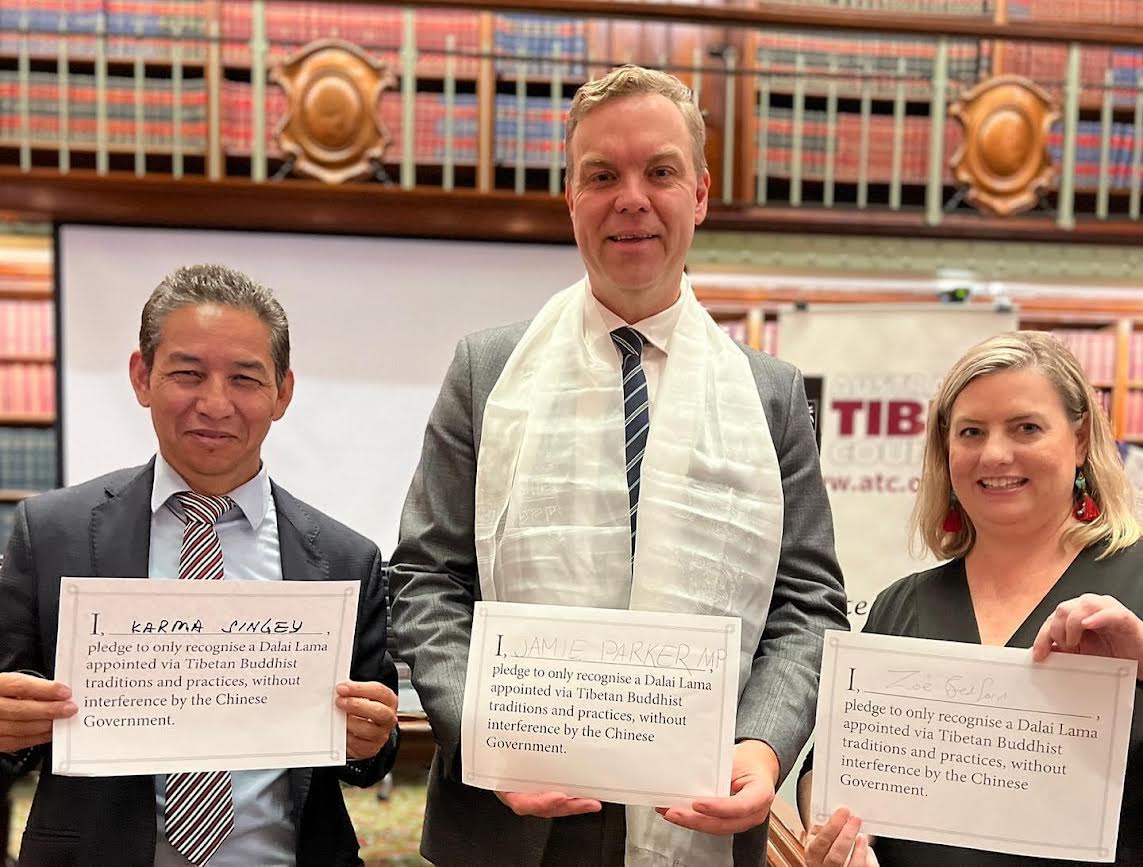 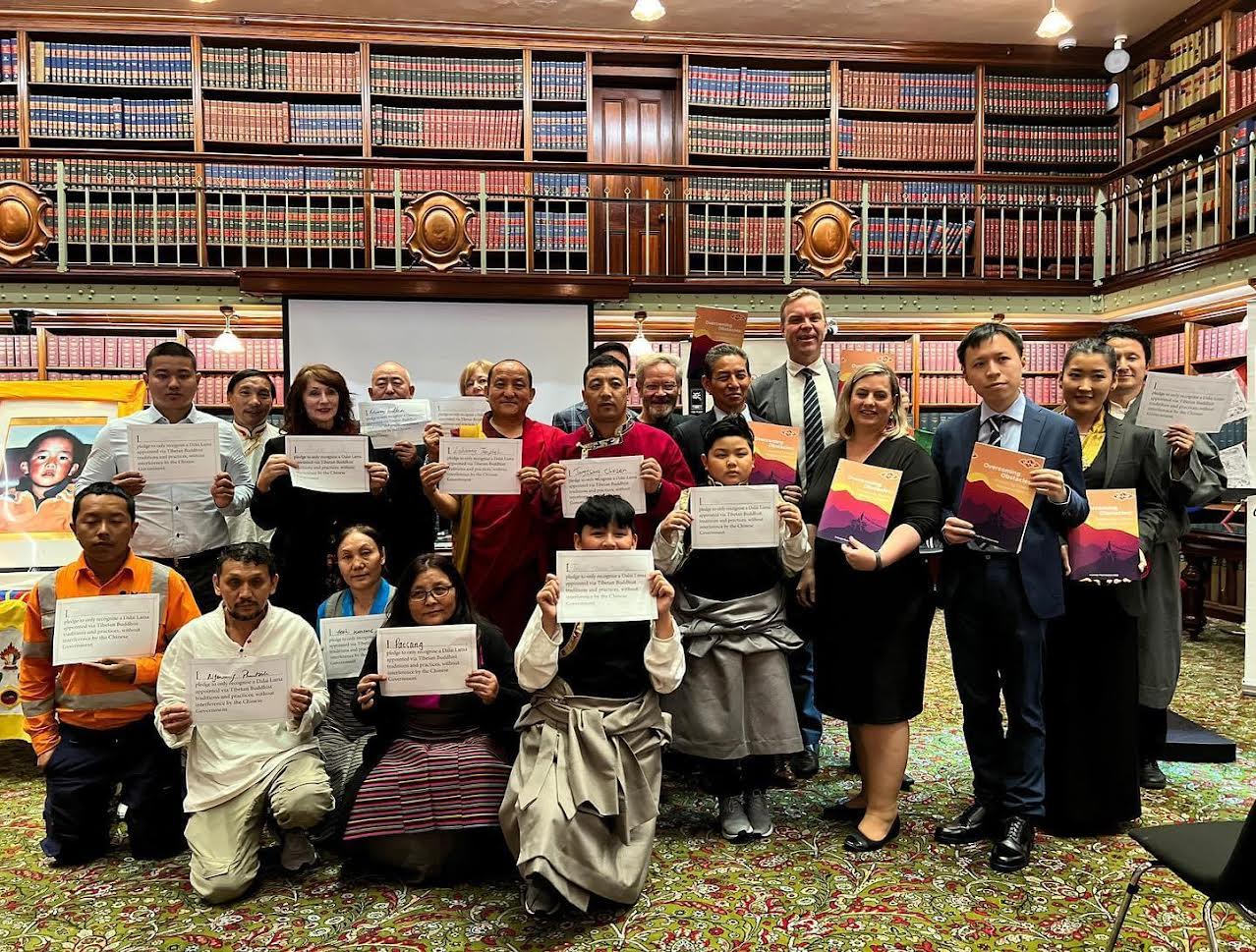